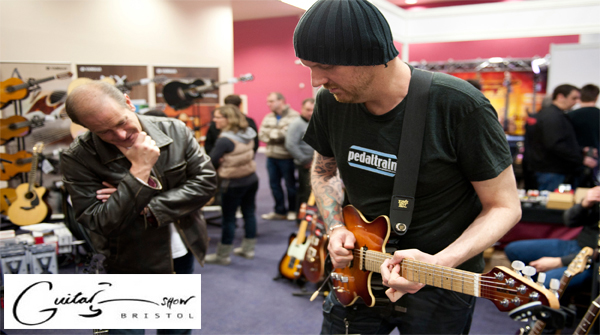 The organisers of the Bristol Guitar Show have announced plans tomove the date of the 2012 event to avoid clashing with Bristol'sBrisfest arts festival.

Originally scheduled for 23 September, Bristol Guitar Show willnow take place on Sunday 14 October at Bristol's Ashton Gatestadium. Exhibitors already confirmed for the event have beencontacted and the response to the move entirely positive.

Jason Castle from organiser UK Guitar Shows Ltd said, "We havetaken the decision to move the date of the Bristol Guitar Show toenable several exhibitors that wanted to be involved with both BGSand Brisfest the chance to do just that. The decision will alsoensure that visitor numbers aren't affected by what is asignificant fixture on the Bristol music calendar.

"We've always strived to be as open and flexible with ourexhibitor customers as possible and this move is aimed at makingthings as easy for them as we can."

For more information and to book tickets visit www.ukguitarshows.co.uk