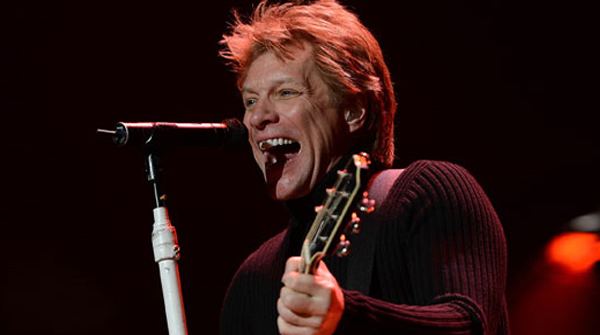 Bon Jovi to Stream Final Show of Current US TourOnline -

Bon Jovi's current US leg of their concert tourwill finish on Thursday night (April 25) and the Jersey-basedrockers have a treat in-store for fans who haven't been able tomake it to any of their recent shows.

Tomorrow night's concert, which will take place at the HPPavilion in San Jose, CA, will be streamed live to the world via anew online company called Evntlive. A press release saidthe company "integrates elements of the live experience like noother service."

The video stream will be available in high-definition and beviewable on PC, mobile phone or tablet device.

Bon Jovi's current world tour is in celebrationof 30 years of the band, albeit without the presence of guitaristRichie Sambora who bowed out citing "personalissues."

The trek will also visit South Africa, Bulgaria, Germany,Sweden and the UK before heading back to the US in July to wrap upwith stadium shows in Chicago, Detroit, Massachusetts and atwo-night stand in the band's home state of New Jersey.