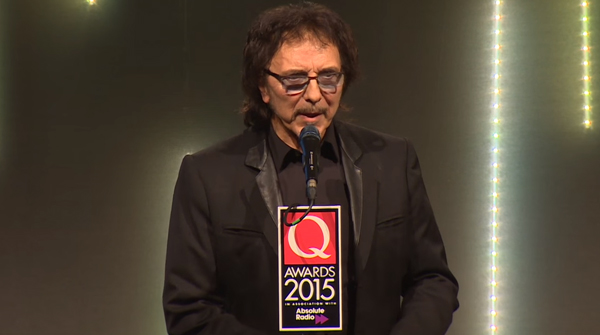 Tony Iommi has been honored for his "outstanding contribution to music" at the recent Q Magazine awards.

The pioneering heavy metal guitarist, who plays a Gibson and has done throughout his career, is receiving the award in recognition of his work in music, pop culture and as part of the 100th-anniversary celebrations of the birth of Les Paul guitars.

In a statement, Tony said:

''I'm very honoured to receive the Les Paul Award, so many thanks to Q magazine and Gibson - I have a long history with the guitar-maker.''

''Tony is one of those rare guitar players in that he truly defines a genre and a sound.

''His influence is huge but, equally, there is a real finesse in his playing that often gets overlooked. It harks back to his early love of Django Reinhardt - the legendary gypsy-jazz guitarist - who was a formative influence on Tony.

''As with all great musicians, Tony hears the world in a totally unique way, and that is what the Gibson Les Paul celebrates.''