BC Audio Unveil the Amplifier No.10 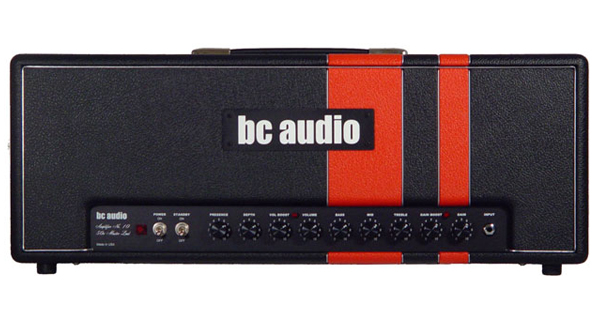 The famed Amplifier No.10 by BC Audio has received a "major update" giving this already powerful all-tube amplifier a modern overdrive sound, dual independent boosts and the best effects loops in the industry.

(PRESS RELEASE): BC Audio announced that its most powerful and feature rich all-tube guitar amp, Amplifier No. 10, has undergone a significant redesign. This major update gives the amp a more modern voice, taking its tonal cues from an era of "modded" amps and hi-gain innovations. The effects loop has also been improved, with the ability to cleanly interface with a wider variety of outboard gear.

“I am very pleased with this update,” says BC Audio founder and award-winning guitarist Bruce Clement.

“With a more modern overdrive sound, dual independent boosts, and one of the best effects loops in the industry, this is an amp that I am very excited about.”

Amplifier No. 10, originally introduced in 2011, is a 50w all-tube guitar amplifier utilizing a pair of EL34 power tubes and four 6SL7 octal (8-pin) preamp tubes. It is a single-channel amp with independent foot switchable and variable Gain Boost and Volume Boost, giving the gigging guitarist four combinations of gain and volume settings available via footswitch.

The effects loop is fully tube buffered, has Send Level and Return Level controls, True Bypass switch, is non-inverting and is compatible with all types of outboard gear.

Find out more: BC Audio