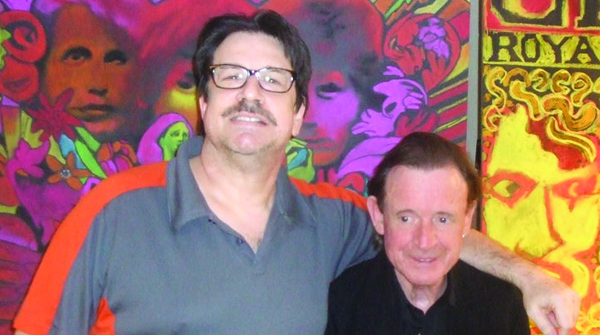 (PRESS RELEASE): Bass icon Jeff Berlin will be launching a Pledge Music Campaign on August 18th for a new tribute album to legendary Jack Bruce titled “Jeff Berlin Plays Jack Bruce: Songs For A Wailer”! Jack Bruce, best known for his work with classic rock legends Cream, as well as his critically acclaimed solo work, sadly passed away in 2014. Jeff Berlin, who has been called “the greatest bass player in the world”, was a personal friend of Jack's and felt the time was right for a tribute.

Says Jeff, “Recording the music of Jack Bruce will be the most emotional recording project of my career. Jack was the greatest musical influence I ever had. As an impressionable 14 year old bass player, I was stunned by Cream, literally in awe of the music that came from them. And, in the center of the music were these strange and wonderful bass lines weaving in and out of the key, reaching for resolutions and finding them, again, and again. Jack’s playing was a living evolving improvisation. I simply never heard a bass player that had the breadth of originality like Jack had. In fact, I still haven’t!

“'Jeff Berlin Plays Jack Bruce: Songs for a Wailer!' isn’t a cover CD, not in the literal sense. Except for a couple of tunes from his Cream period (arranged in ways that should surprise people) most of the songs on this CD come from other periods in Jack’s musical life before and after Cream. Jack's solo career represented a multitude of musical styles, so many in fact that his career reminded me of that famous quote from Forrest Gump: You never knew what you were going to get. This recording, to me, will be a new revamp of some of those songs, some of the best music that I heard from one of the greatest musicians of the last fifty years.”