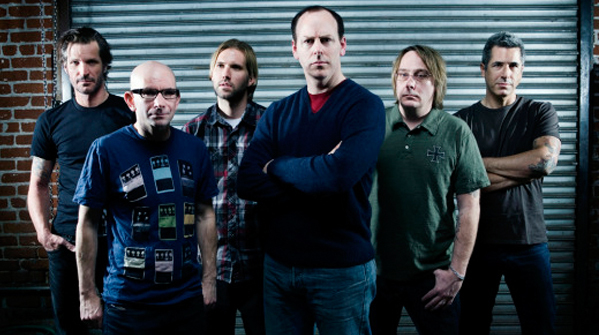 Christmas will soon be here and this time of year wouldn’t quite be the same without the odd and sometimes completely inappropriate release of concept Christmas albums.

After years of threatening to do so, this year Southern California punk veterans Bad Religion will be releasing a yuletide record delivered in their own unique and decidedly harsher style.

Scheduled for release on Oct. 29 through Epitaph Records and aptly named, Bad Religion ‘Christmas Songs,’ the 8 track release will include seasonal classics such as ‘Hark! The Herald Angels Sing,’ ‘O Come, O Come Emmanuel’ and ‘Angels We Have Heard On High.’

“Bad Religion have threatened to record an album of seasonal classics for years, and now they’ve gone and done it, tackling eight chestnuts in their classic punk rock style. From “White Christmas” with its nod to pioneers The Ramones, to the glorious choirboy intro to “Hark! The Herald Angels Sing,” Christmas Songs is the record you need to get your holiday household’s toes tapping. Nothing says Christmas like Bad Religion.”