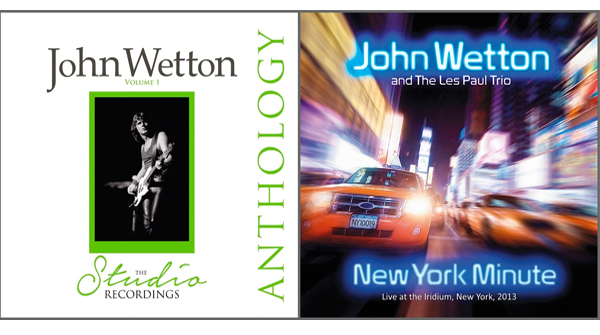 As songwriter, bassist and vocalist, John Wetton performed as lead singer of King Crimson before forming UK with Eddie Jobson. However, Wetton  is best known for fronting supergroup Asia, his biggest commercial success featuring on the band’s self-titled debut album which was the biggest selling album in the world in 1982.

Wetton also enjoyed a successful solo career releasing a number of live albums which will be showcased on 'The Studio Recordings Anthology’ whilst his live album with The Les Paul Trio includes a number of unreleased and unheard Wetton tracks.

"New York Minute sees John Wetton playing a selection of the songs that inspired him, many of which are not available on any other release. This new live album also includes unique renditions of his solo hit "Battle Lines" and the ASIA mega hit "Heat of the Moment"