Anthrax to Release 'Chile On Hell' DVD in September 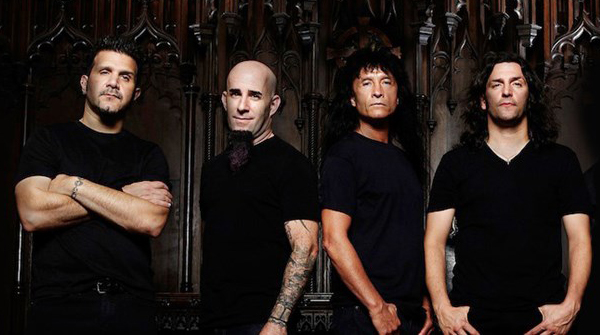 A new online preview of the forthcoming live DVD from Anthrax, “Chile On Hell” has now been released.

The DVD was shot at the Teatro Caupolican in Santiago, Chile on May 10th, 2013, during a usual rambunctious Anthrax set which was brimming with tracks from Anthrax's storied back catalogue.

"Santiago was the perfect place to film the show for this," said drummer Charlie Benante (via Hennemusic):

"When we'd played there in the past, we'd finish our set, play our encore and go back to the dressing room. But every time, the fans would continue to scream and cheer and clap. I mean, they went on and on, they wouldn't stop. One time [guitarist] Scott [Ian] and I walked out to the side of the stage just to watch what was going on in the audience, it was intense. Why wouldn't we want to film a DVD in front of an audience like that? Plus, the time was right to do this DVD."

“Chile On Hell” will be released on 16th September on DVD and Blu-ray.