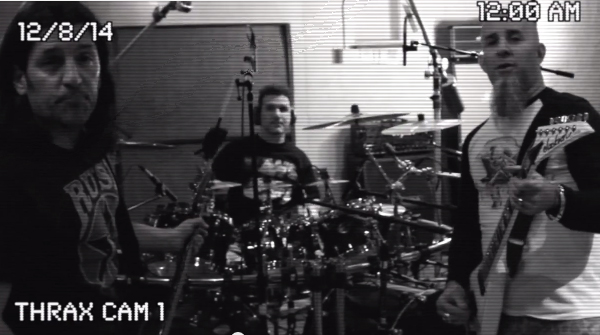 A new studio video featuring Anthrax working on their upcoming album has been posted online.

The video also offers a small taste of an unknown track which will featured on the thrash icon's 11th studio offering and the follow-up to 2011's "Worship Music".

Anthrax are working with producer Jay Ruston on the project, set for launch via Megaforce Records next year.

In the clip, Ian states: "We're going to start recording the new Anthrax record for you motherfuckers – right now!" before Benante counts in a song that fades out straight away.

Anthrax plan to complete the new record by the end of January.