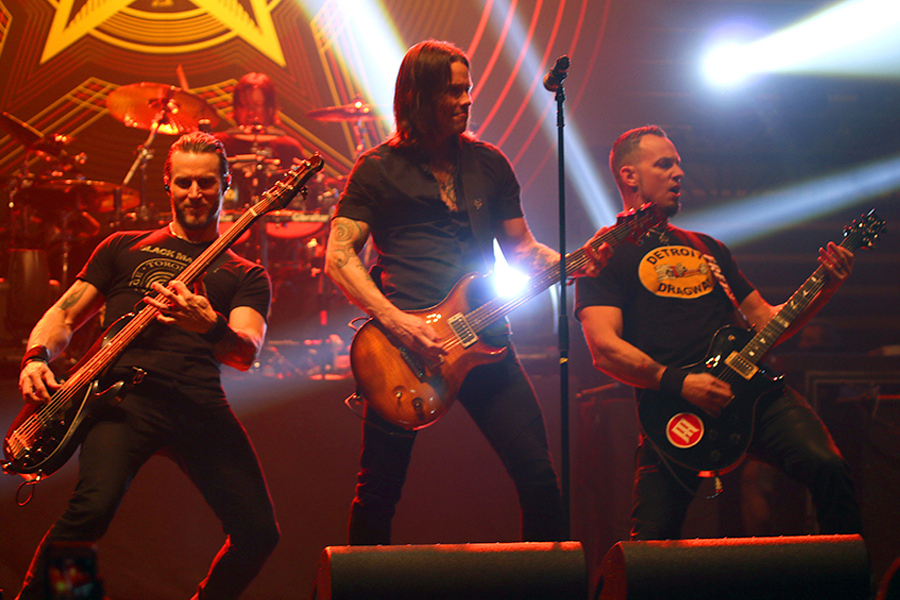 Hot on the heels of their most successful headline tour of North America, Alter Bridge are announcing the next leg of The Last Hero Tour in the United States hitting the road this Spring.

The headline dates will be scattered among the numerous festival dates that Alter Bridge is already confirmed for including WJRR Earth Day Birthday, Monster Energy Fort Rock Festival, Monster Energy Welcome To Rockville, Carolina Rebellion, Northern Invasion and Rock On The Range. The headline tour will kick off in Fort Lauderdale, FL and make stops in Sayreville, NJ; Providence, RI; Baltimore, MD; Stroudsburg, PA; Sault Sainte Marie, MI; and Milwaukee, WI. In Flames and Metal Church will be joining Alter Bridge on select dates of the tour.

Alter Bridge is wrapping up their current headline tour this week. Joined by Nonpoint, the tour played to packed rooms in Atlanta, GA; Royal Oak, MI; and Kansan City, MO among others and boasted numerous sell-outs throughout the United States. The Last Hero Tour wraps up in Seattle, WA on February 22nd.

Head over to Alter Bridge for more information on each date including public on-sale information and exclusive VIP experiences including meet & greet and guitar lesson opportunities.