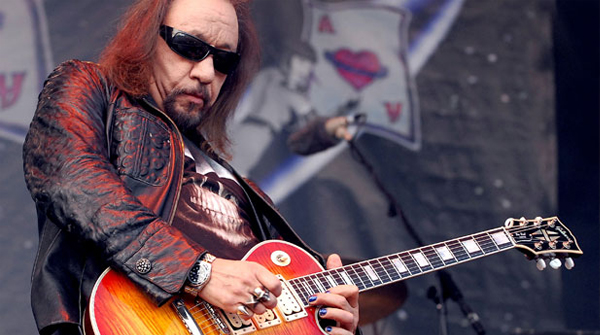 Ace Frehley has revealed that his forthcoming solo record 'Space Invader' is set for a European release on July 7th via SPV/Steamhammer.

The new record by KISS' former Spaceman is the follow up to 'Anomaly', which was released by Ace in 2009, and features Burning Rain drummer Matt Starr and bassist Chris Wyse of The Cult and Owl.

Frehley has released an official statement surrounding the release:

"Life on Earth has been very good to me, and the body of work I've created over the years has withstood the test of time. Today I see no obstacles before me and my creativity has never been more fine tuned. Growing up in an Alien world has enhanced my senses and allowed me to succeed where others would have failed. The best is yet to come!"

'Anomaly' was recorded at Schoolhouse Studios in New York and at Ace's home studio in Westchester, New York.