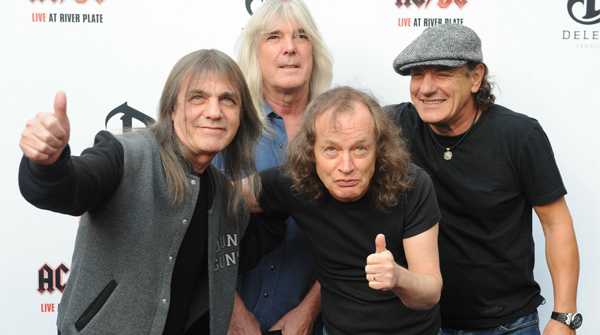 AC/DC are to be inducted into The Age Music Victoria Hall of Fame on November 20th at the Palais Theatre, Melbourne.

The awards were previously known as The Age EG Awards and is the largest publicly voted awards in Australia and caters for categories across all genres which are voted via The Age online.

"Victoria has a special place in our hearts, especially the early years of the band. Thank you for the induction into The Age Music Victoria Hall Of Fame. It's an honour."

AC/DC were inducted into the USA Rock and Roll Hall of Fame in 2003, and had a Melbourne laneway named after them in 2004.

However, one member of the Aussie/Brit hard rock titans who won't be present at the awards is drummer Phil Rudd, who was arrested last November on charges of threatening to kill and possession of methamphetamine and cannabis.

One-time  drummer Chris Slade officially joined the band for its performance on the Grammy Awards telecast and is also drummer for the Rock or Bust World Tour.

AC/DC's sixteenth studio album, "Rock Or Bust", has sold around 532,000 copies since debuting at No. 3 on the Billboard album chart back in December.