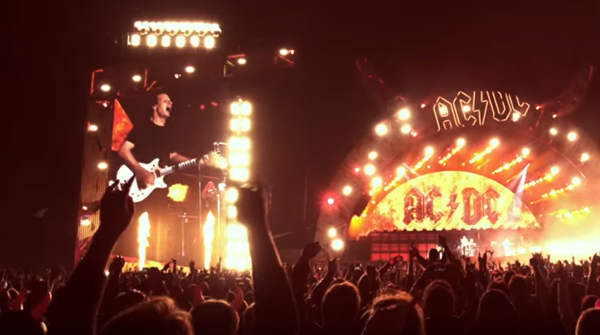 AC/DC have released a video preview of their forthcoming tour with Axl Rose.

Originally due for spring the ten date Rock Or Bust tour was postponed in March after veteran frontman Brian Johnson was forced to quit the band on doctors advice relating to his hearing.

Guns N Roses frontman Rose was on hand to assist and launched AC/DC’s European tour in Lisbon on May 7. The US dates start August 27 in Greensboro, NC and will close in Philadelphia, PA on September 20.

“We’re all looking forward to getting out there and playing,” says guitarist Angus Young.

“It’s part of the whole tour; we’re going to have a real blast. We’ll probably have a few surprises, a few different songs when we do tour through America."

“The best thing about being in the band is the challenge of doing it again, getting out there and playing in front of people. Each show gets more and more exciting”

The European leg of the Rose fronted AC/DC tour will close in Dusseldorf, Germany on June 15.