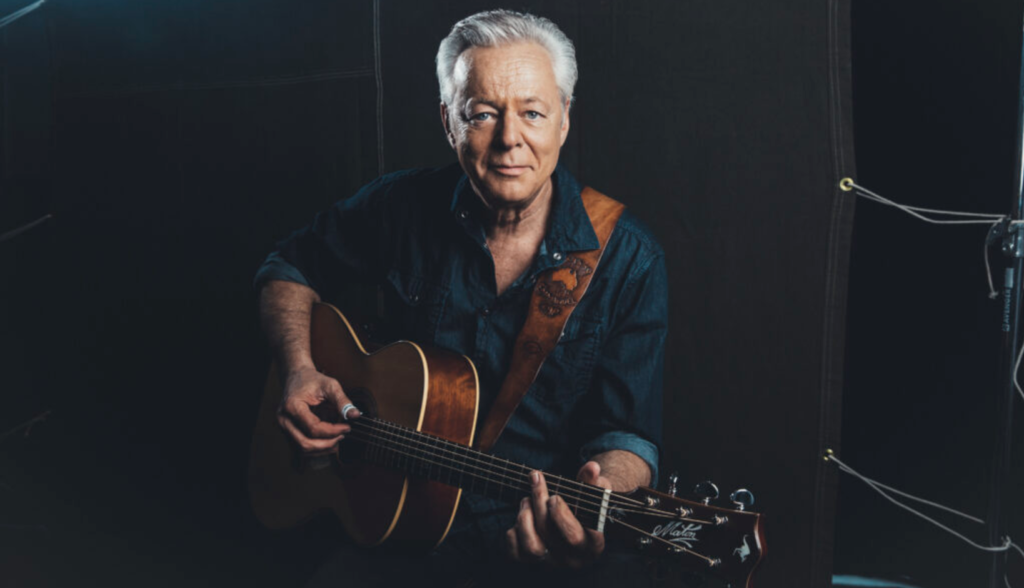 Tommy Emmanuel returns with his latest record 'The Best of Tommysongs,' a double album featuring some of Emmanuel's best original pieces, many of them re-recorded to suit the modern arrangements of a performer who has been out on the road evolving the songs for decades. Guitar Interactive Magazine editor Jonathan Graham sits down with Tommy during his latest visit to the UK to get a little insight into the making of 'The Best of Tommysongs' and much more.

The term national treasure gets thrown around a lot these days, arguably too much when it comes to some of the implied recipients, however, when it comes to Tommy Emmanuel, it's seriously a challenge to overstate his contribution to the world of guitar. Just speak to any of his fans the world over, whether they are musicians or not, invariably they will mention of not one but two qualities that define his greatness.

The first, predictably, is his extraordinary guitar playing. His ability with the instrument is somewhat miraculous. For example, when playing "Day Tripper," who else can lay down the rhythm part, dig into the riff and sing the melody all at once on an acoustic guitar the way he can?

The second aspect of his music often mentioned ⁠— and without which the first might not be as powerful or as infectiously appealing ⁠— the joy. Yes, joy. It's one thing to play these multi-dimensional arrangements flawlessly on an acoustic guitar, but to do it accompanied with a welcoming and inclusive delivery that makes you feel like you've just bumped into an old friend every time he takes the stage. That evidence of authentic, unbridled delight, is an irresistible invitation to feel his music as profoundly as he does.

Tommy explains, "The Joy is always there because I'm chasing it through music. Seeing the surprise in peoples' eyes is worth living and working for. I can't help but play to the people with all my heart, which is overflowing with joy of being in that moment that I've worked all my life for. And here it is!"

Born in 1955, one of six kids in Muswellbrook, New South Wales, Australia, Tommy's path to becoming the musician he is today began when he was under five years old. His father, an engineer who loved music and musicians, brought home an electric guitar one day with the intention of finding out how it worked. Piece by piece, he took it apart to discover its secrets. Tommy and his brother were much more interested in music than mechanics, however, so when their dad was away at work, they'd secretly sneak away with the guitar.

Driven by a somewhat sibling rivalry, the brothers developed contests that were both fun and extremely educational. "We turned our backs to each other," Tommy remembered, "and Phil would play a chord, and I would have to say what the chord was, what the notes in it were." That competition impacted his entire career, allowing him access to the rich interior architecture of songs. Though neither brother had any formal musical training, this self-schooling quickly transformed both into seriously sophisticated musicians.

From these origins, Tommy's music expanded in every direction. By age 30, he was tearing up the electric guitar with several rock bands in venues all over the globe. He could have gone on to live the rock-star life, yet he yearned for something purer and closer to his heart. Casting off the reliable rock band engine of monstrous sonics blasting with chains of effects through monstrous stacks of amps, he did a reverse Bob Dylan, and instead of going electric, Tommy went acoustic.

"For Tommy, it's always about melody. Expressing the tune not with a barrage of notes, but with those that can touch the heart — dynamically delivered from the six strings of a guitar."

Stripping away everything but the essentials, Emmanuel found the ideal equation, and one which has led him to worldwide acclaim: one acoustic guitar in standard tuning played by an ambitiously unchained guitarist and lover of music. For Tommy, it's always about melody. Expressing the tune not with a barrage of notes, but with those that can touch the heart —dynamically delivered from the six strings of a guitar. Although many scoffed that it was possible, This approach delivered a series of hit albums for Tommy as a solo guitarist, becoming a major star in Australia, and of course, eventually everywhere.

So, just who inspired Tommy's musical metamorphosis? That would be guitar legend Chet Atkins, who for Emmanuel, represents the pinnacle of guitar playing. One man, one guitar, and an unlimited passion for composition. Like Dylan, who made a pilgrimage from the Midwest to New York to meet his idol, Woody Guthrie, Tommy always knew he had to get to Chet. To let Chet hear his music, which had been so shaped by his years listening and absorbing Chet's genius.

When he finally made that trek around the globe to meet the man himself, in Nashville, their bond was immediate, and like their music, existed beyond words. Chet picked up his guitar, and the two men jammed joyously for hours. It started a lifelong friendship which shaped Tommy's music forever. Atkins welcomed Tommy into guitarist knighthood by bestowing upon him the coveted title of CGP (Certified Guitar Player), an honour awarded only to four other humans ever. Though already devoted to the life of a solo player, receiving the love and esteem of Chet lifted Tommy into a different realm. Because, as Chet recognized instantly and told the world, musicians like this don't come along that often; pay attention to this man. Of course, Chet knew of what he spoke. Tommy's triumph on his singular solo path has been extraordinary. From the Midget Surfaries to present day, he's become beloved and revered around the planet for the music.

"When I was a kid, I wanted to be in show business. Now, I just want to be in the happiness business. I make music, and you get happy. That's a good job." — Tommy Emmanuel

Although the majority of his musical expression is instrumental, Tommy's approach to the guitar is largely vocal, positively singing melodies through the strings. He inhabits the tunes he performs, delivering every nuance and turn of phrase. Emmanuel's songs are also commonly illuminated with lyrical themes that go right to the heart, such as his beautiful ode to his daughter, "Angelina," or his amazing story without words, "Lewis & Clark." The fact that they resonate so profoundly without words makes sense, as words only go so far, whereas music, coming from a genuine and joyful source, can go so much farther. Now, with 'The Best of Tommysongs,' Tommy brings fans a complete collection of his own songs, all rich with ripe melodicism and performed with exuberance in real-time. As Tommy has been playing some of these songs for over 30 years, the album features some of Emmanuel's most well-known works and fan favourites such as "It's Never Too Late," "Mombasa" and "Train to Dusseldorf" fully evolved from the years of woodshedding. 'The Best of Tommysongs' also features five brand new songs including the heart-thumping "Fuel" and the exquisitely melodic "Song For A Rainy Morning."

As the old adage goes: "Choose a job you love, and you will never have to work a day in your life." For Tommy, he seeks to go one better, stating, "When I was a kid, I wanted to be in show business. Now, I just want to be in the happiness business. I make music, and you get happy. That's a good job." We thank you for that, Tommy Emmanuel.

Following his last show in the UK earlier this year, performing on the ever-popular Transatlantic Sessions Tour, Emmanuel makes a welcome return for shows in March 2021. In a real treat for audiences, special guest on the tour will be dobro master Jerry Douglas.

This article was originally published in Issue #73 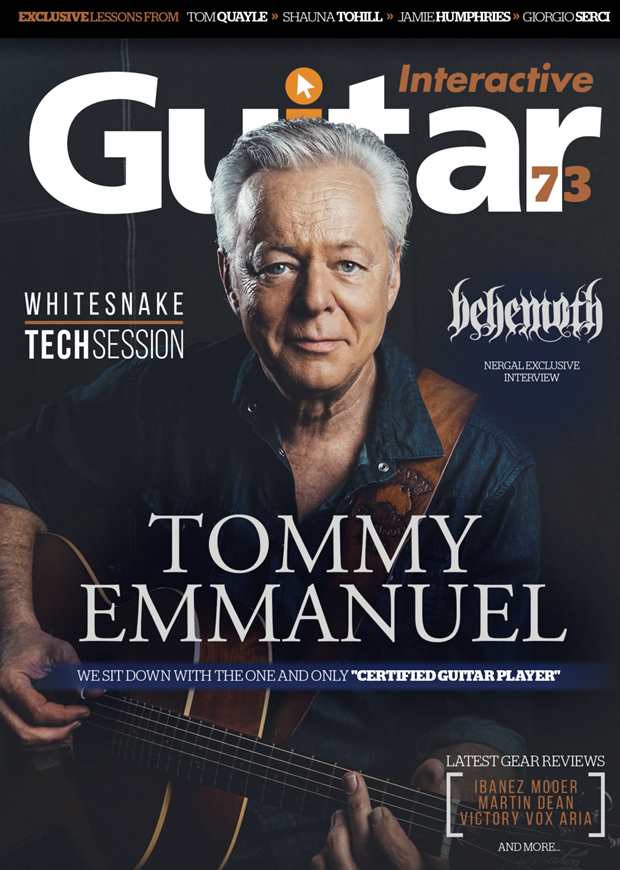