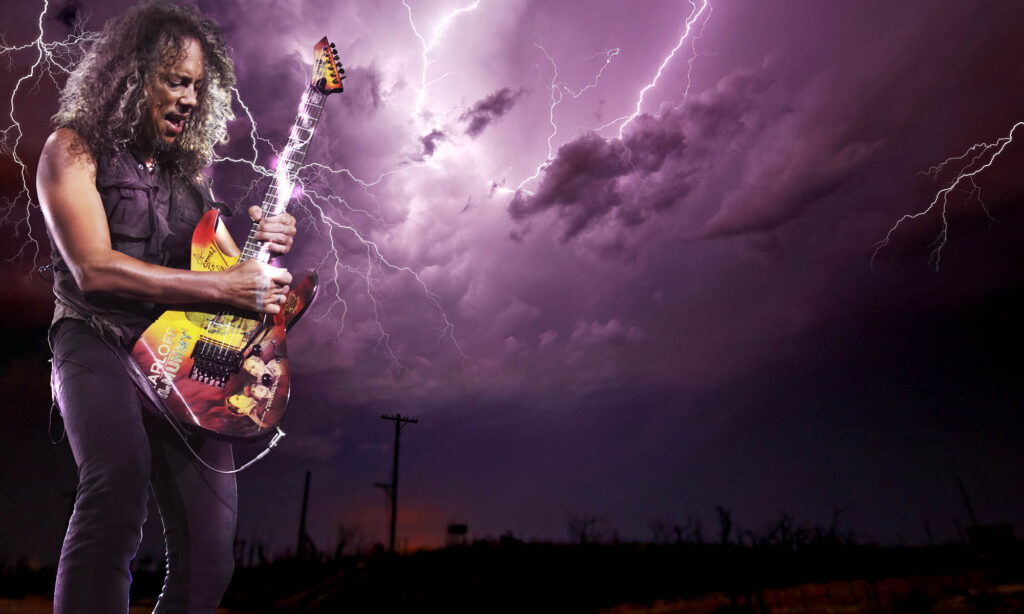 Kirk now also owns one of the most iconic and revered electric guitars in the history of popular music; the 1959 Gibson Les Paul Standard that was previously owned by Fleetwood Mac founder Peter Green and later, guitar legend Gary Moore.

With Metallica's WorldWired Tour reaching the UK shores in support of the metal icon's tenth studio album 'Hardwired... To Self-Destruct,' Kirk Hammett sits down with Guitar Interactive Magazine editor Jonathan Graham to discuss the band's latest release, his love for the Green/Moore Les Paul "Burst", KHDK Electronics and much more.

During the spring of 1983, Kirk Hammett received an offer of an audition from a then, up-and-coming thrash metal outfit that would alter his life forever. The band (who Hammett had previously supported with his band Exodus) was Metallica - whose members included, singer/guitarist James Hetfield, drummer Lars Ulrich, bassist Cliff Burton and lead guitarist Dave Mustaine. Mustaine was about to be kicked out of the band due to numerous accounts of erratic and violent behaviour, and with a new guitarist needed urgently, Kirk scraped the money together to fly out to their new home base of New York for the tryout.

Within an hour of plugging in, Hammett got the gig. However, the offer of becoming a permanent member of the lineup was never actually presented to him.Â  He assumed it must be the case when the four-piece began work on their debut album, 'Kill 'Em All,' which would be released later that same year.

As Hammett had only just joined the band a short time prior to stepping into the studio, much of Mustaine's groundwork had already been set in his trademark approach to riffs and soloing for the band's debut. However, on Metallica's next two releases, 'Ride the Lightning' (1984) and 1986's 'Master of Puppets', Hammett would begin to showcase his own style on what many consider to be among not only the band's finest, but heavy metal's all-time great albums.

In contrast to the continued success came tragedy when Cliff Burton died mid-tour in September of 1986. The accident almost brought the band to an end but Metallica would soldier on, enlisting former Flotsam & Jetsam bassist Jason Newsted and go on to issue two mega-hit albums, 1988's '...And Justice for All' and 1991's self-titled release.

These albums and the subsequent sold-out tours and hit releases of the '90s and '00s firmly established Metallica as one of rock and metals biggest acts and Hammett a bonafide guitar hero.

Great players need great instruments, and alongside Kirk's string of fantastic custom models from ESP, (famously with some of the most incredible artwork from classic horror movies beloved by Hammett)

Kirk now also owns one of the most iconic and revered electric guitars in the history of popular music; the 1959 Gibson Les Paul Standard that was previously owned by Fleetwood Mac founder Peter Green and later, guitar legend Gary Moore.

It'd been on the market for a few years, but the price was just way too high. Stated Hammett.

I kind of waltzed into a situation where the owner of the guitar needed money and of course I totally took advantage of the situation, worked out a deal and bought it, all within an hour's time, because I was so friggin' blown away by the fact that I was holding a guitar that Peter Green played in Fleetwood Mac and then Gary Moore played for, like, 25 years after. 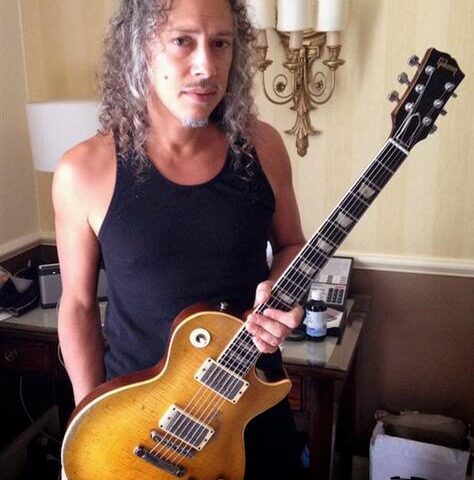 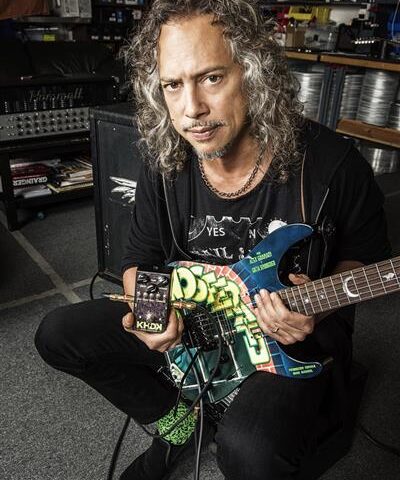 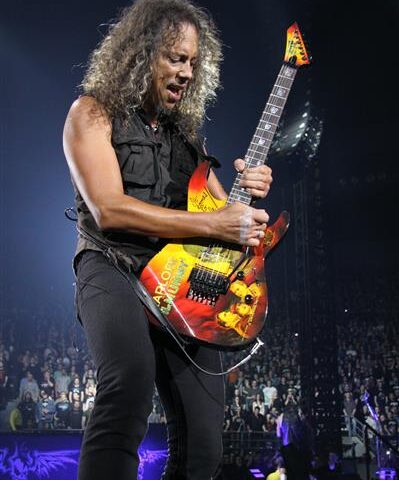 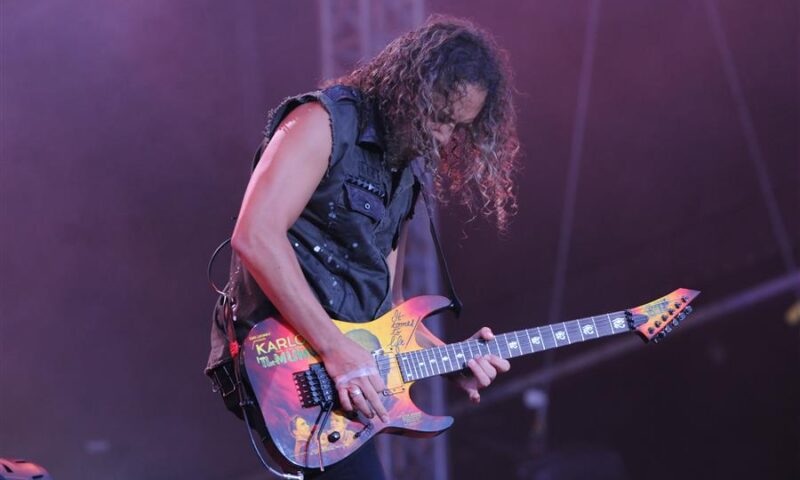 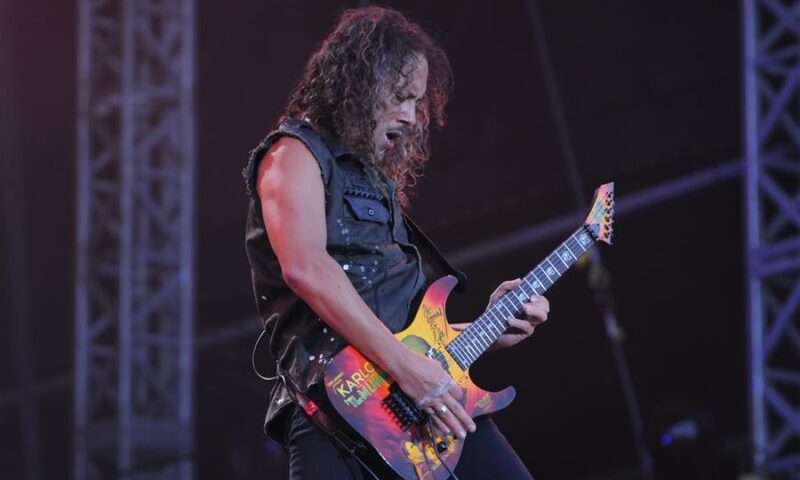 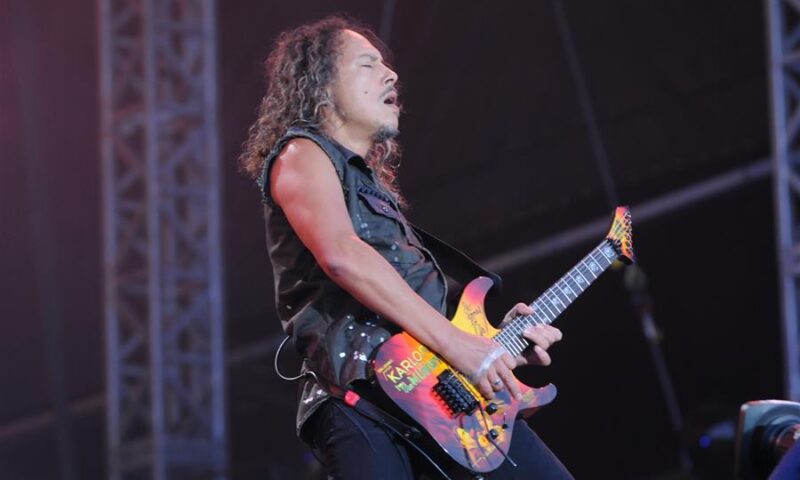 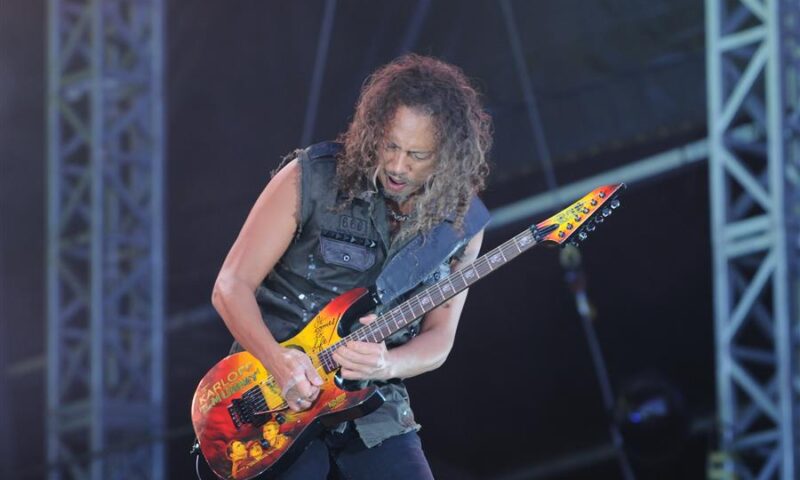 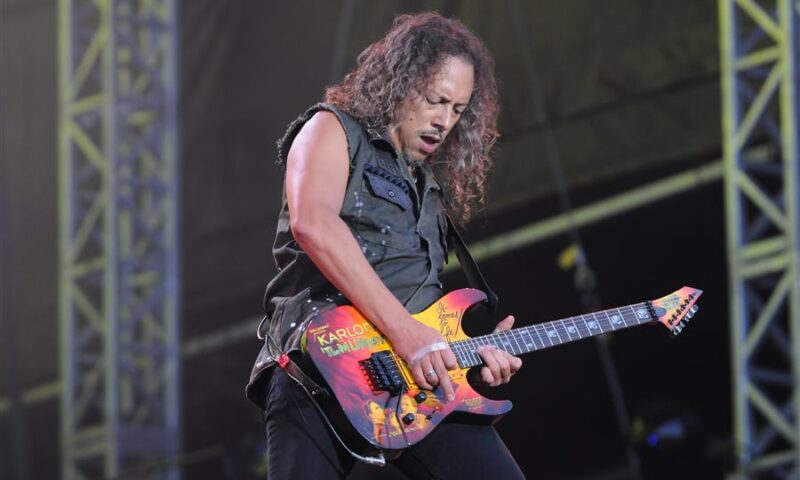 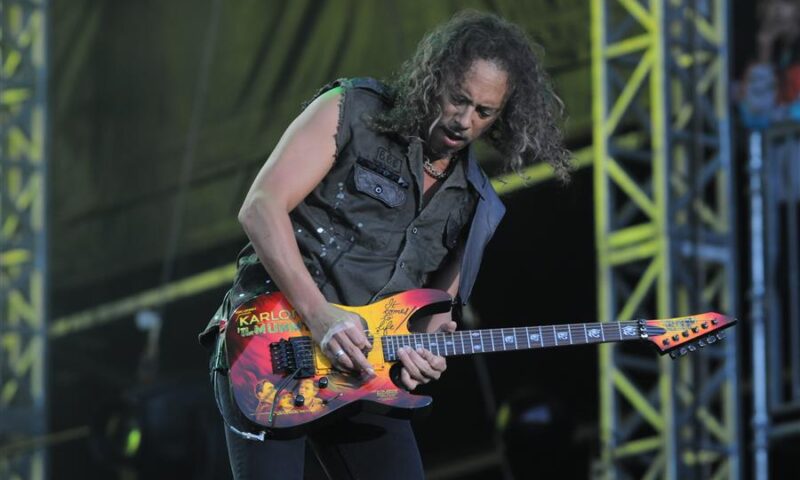 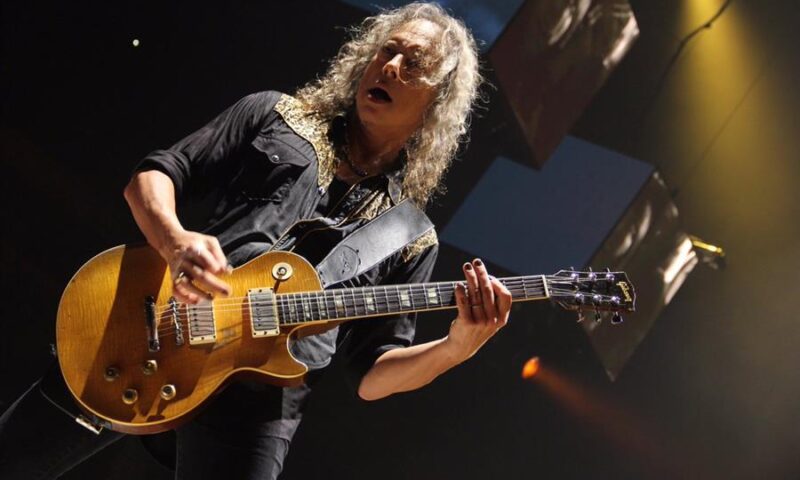 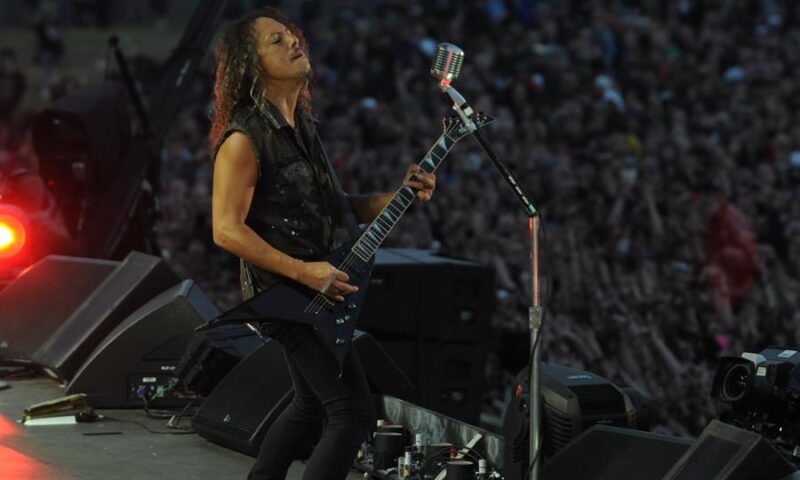 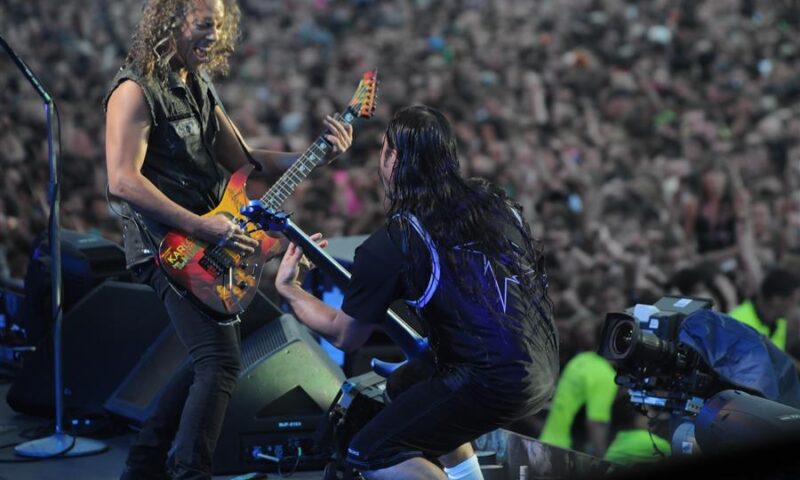 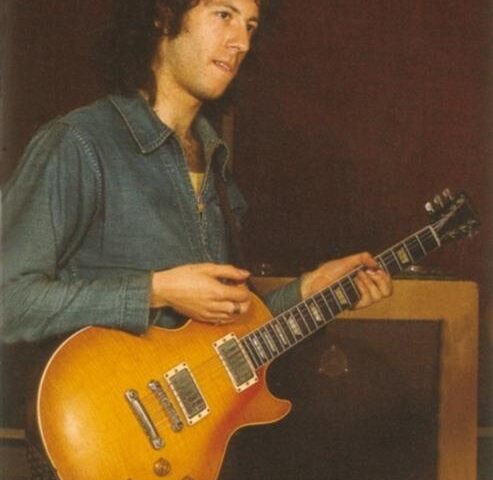 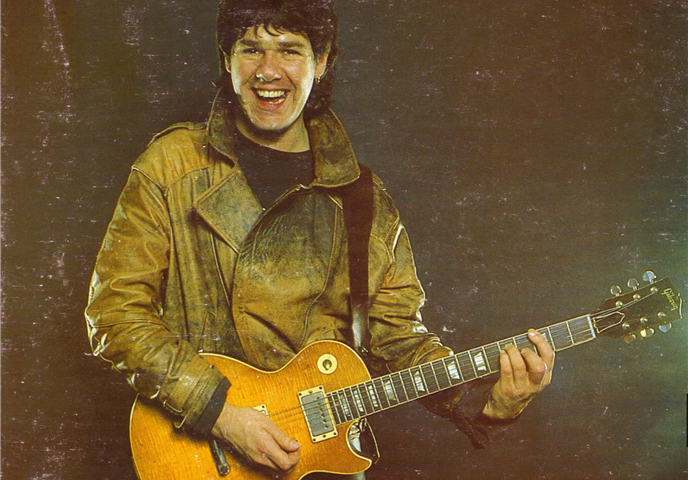