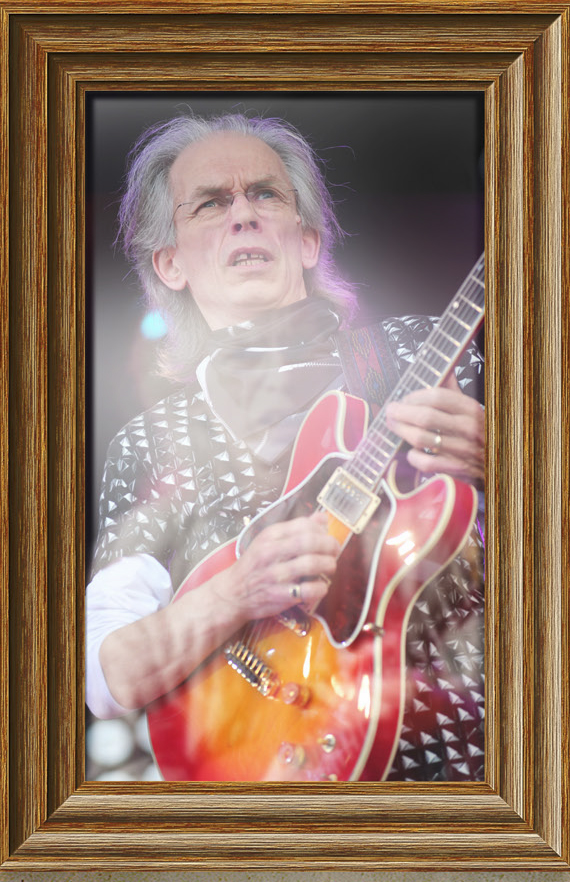 To coincide with this month's interview and player profile, Jamie Humphries offers a study piece in the style of Prog Rock legend Steve Howe..

Coming up with a track to demonstrate the playing style of someone like Steve Howe was never going to be easy, due to the huge breadth of musical styles and genres he includes in his playing. So for this month's piece I have chosen to highlight just a few of his common playing traits, such as odd time signatures, arpeggios, scale runs, open string ideas and chord arpeggios figures. We could have dedicated a couple of tech session on Mr Howe, but hopefully you will enjoy my offering!

To start off with let's talk tone. Steve is very particular about his tone, using Gibsons, Fenders, Rickenbackers and Martin acoustics. He also uses Fender lap steel guitars. For years he has used Fender twins, split in stereo using stereo digital delays, reverbs, and vintage tape echoes, as well as various stomp boxes including Treble Boosters (being a Rory Gallagher fan, like Brian May) and also fuzz units. These days, perhaps surprisingly for someone who strikes one as a bit of a purist, Steve has opted for the modelling route. He currently favours Line 6 combos and a POD HD floor unit. As he told me in our interview, to save carrying a multitude of expensive and rare guitars he has started to use Line 6 Tyler Variax guitars, enabling him to choose a wide variety of vintage electric and acoustic guitars, and integrate their sounds with it with the POD and the amp.

Steve also told me he worked with a producer, really nailing each tone for the chosen song and programming the sounds prior to the tour. So for our session I use the Tyler Variax and the Line 6 DT25 head. I also used a rather splendid handwired Top Tone DG2 fuzz pedal and a Dunlop EVH wah pedal.

Our track is presented in several sections, and is as follows;

Section A kicks off with a funky wah figure with a pull-off lick that is based around the E minor pentatonic scale, and makes use of the open strings in the open position. Make sure you pump