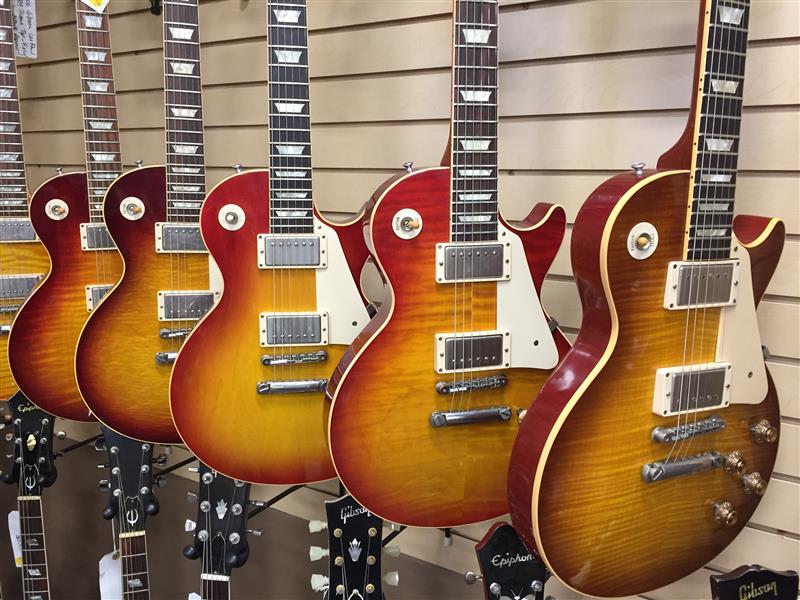 It may be over 30 years since we lost Randy Rhoads, but the legacy of this amazing guitarist still lives on. In this issue, Jamie Humphries offers a unique Randy Rhoads Tech Session showing you how to capture that incendiary style and this personal tribute to a guitar hero whose influence is still very much with us.

The 1980s saw huge developments in guitar playing, with Rock guitarists moving away from Blues orientated playing by including more advanced scales, arpeggios and techniques to their playing arsenal. Stand-out players from the early '80s include Edward Van Halen, Yngwie Malmsteen, George Lynch, and the late Randy Rhoads.  Randy had a very short career, bought to an abrupt end by a tragic accident, but his guitar playing has had a profound influence on modern Rock guitar. Cited by the likes of Dimebag Darrell, Kirk Hammett, and Paul Gilbert as a major influence, Randy fused classic Rock with classical inspired runs and arpeggios, and although not associated directly with the genre, can been seen as an early pioneer of neo-classical guitar.

Randy himself drew influence from a wide range of guitarists from a broad array of genres, including the likes of Ritchie Blackmore, Michael Schenker, Leslie West, Mick Ronson and Charlie Christian. He also cited many classical guitarists and composers; Randy was equally accomplished on classical guitar as he was on the electric guitar.

Randy Rhoads grew up in California, the youngest of three children, hugely inspired by his mother, Delores Rhoads, who set up her own music school called Musonia in North Hollywood, where she also taught piano. Randy began learning classical guitar at the age of seven, and studied at his mother's school. His mother also taught him piano and music theory. After a while Randy showed an interest in the electric guitar and asked his mother if he could start taking lessons. She agreed and he began studying under the tuition of Scott Shelly, an electric guitar tutor at his mother's school. After Shelly informed Delores that he didn't have anything else to teach him, and that Randy has surpassed the tutor's knowledge, Randy continued his electric studies on his own, according to his mother he immersed himself in very long intense practice sessions.

Randy formed the band Violet Fox with his older brother Kelle on drums and his best friend Kelly Garni on bass. The band would perform Rock shows at the Musonia School, following Randy and Kelle's performances with the Musonia school band; the deal was that they were allowed to put on a Rock show if they performed with the school band. The band also performed at backyard parties, and was an ideal vehicle for Randy to apply his fledgling guitar skills, as well as form the foundation for his first notable band.

While in his mid-teens Randy graduated early, allowing him to take on the position as guitar teacher at his mother's school. Other notable teachers at the school include guitarist George Lynch, and bassist Rudy Sarzo. Whilst teaching guitar at the school, Randy would be performing in the LA clubs at night with the band Little Woman, which he had formed with Kelly Garni. Following some line up changes the pair settled on Kevin DuBrow on vocals and Drew Forsyth on drums, now adopting the name Quiet Riot. The name came about after the late Status Quo guitarist Rick Parfitt had said he wanted to call a band Quite Right, and with the pronunciation being misunderstood due to his English accent, the band's name was coined.

Quiet Riot gained notoriety around LA, and with a large following they became one of most popular live acts on the Hollywood scene. Along with Eddie Van Halen, Randy was fast becoming one of the most talked about guitarists in LA, displaying his training and knowledge with his classical inspired runs and arpeggios, as well as his fiery Blues based licks and tapping arpeggios. Randy recorded two albums with Quiet Riot, Quiet Riot I