Paul Kossoff - The Magic Lives On 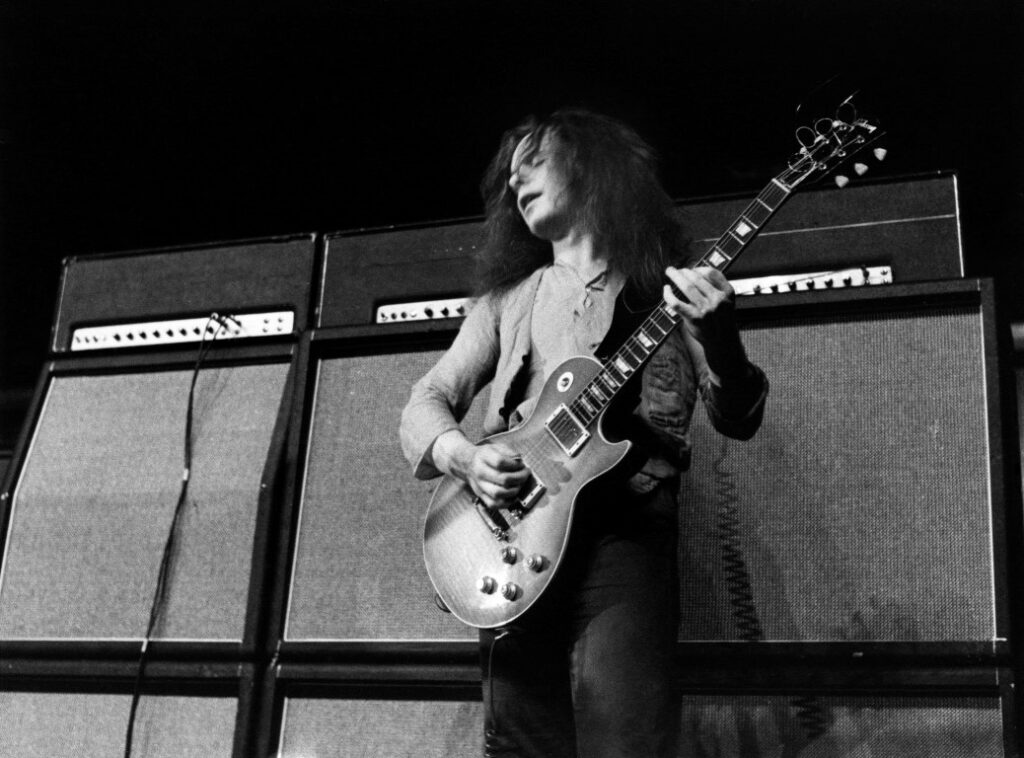 Legend has it that 'where did he get that vibrato' was a question asked of Koss by no lesser mortal than Eric Clapton, though only Clapton knows whether it's true.

Paul Kossoff, the young British guitarist who made his name with Free and Backstreet Crawler, died almost four decades ago, yet left behind a legacy of tone and feel that few have even approached, let alone matched. In this special tribute issue, Gary Cooper recalls interviewing the great guitar player in the 1970s, and assesses his career.

When the short-lived 'Trad Jazz' craze swept across Britain in the early 1960s it brought with it, almost unnoticed at the time, a passenger that had a far longer lasting influence. While the tooting melodies and strumming rhythms imported from Dixieland were soon more or less forgotten, some of the British Jazz players who championed the New Orleans sound had also brought across from the USA Blues musicians who had been largely forgotten at home. It was no big deal at first.Â  A few tours of dingy clubs, lots of whisky, and a music that, really, had little obvious connection to the musical sensibility at the time. True, British youth, like youth anywhere, was disaffected, grumpy and looking for its own music, but what did that actually have to do with the life experiences of Muddy Waters, Howling Wolf or Leadbelly?

Somehow, though, the seed fell on fertile ground, particularly in the London area, where Blues first smouldered and then caught fire. Cyril Davis and Alexis Korner preached the word and disciples like John Mayall, the Rolling Stones and The Yardbirds went forth to convert the world - always with the guitar to the fore.

One result was a generation of astonishing guitarists. Trying to rank them is a game to while away any rainy afternoon - do you put Clapton above Beck? And if you do, what about Peter Green? Or Jimmy Page? But it's ultimately a futile exercise. In the end all you can say is whose playing moved you the most. And if you're the kind of person who is moved more by feel than raw technique, then one of the most expressive players to have emerged during that truly golden era was Paul Kossoff, who made his name with the band Free, then died tragically young at the age of 26, in 1976.

Kossoff, born in September 1950, was a few years younger than that first wave of British Blues players (and in your teens and early twenties a few years can be a big gap) and Free, the band he made his name with, missed being in the first wave of homegrown Blues superstars - indeed it was seeing Eric Clapton play that made Koss, as he was known, decide to take up the guitar once again - though this time with a different sound in mind than he'd had when he'd taken classical guitar lessons as a child.

Paul had been born into a talented family. His father, David Kossoff was a much loved actor of Russian Jewish extraction who had a successful career in the UK. And here's a factoid to impress at your next party. One of Kossoff's earlier successes was playing 'Lemmy' - an astronaut in the early BBC radio Sci-Fi series, Journey Into Space. And that is where a certain Mr Kilmister got his nickname from. But I digress...

Kossoff Junior, meanwhile, met with pretty much instant success; his band Black Cat Bones touring with American Blues pianist Champion Jack Dupree and the Peter Green led Fleetwood Mac. He had served his apprenticeship in probably the best town in the world to learn his chosen trade at the time, London, and he took full advantage of it, working in one of the most prestigious shops in town, Selmers in Charing Cross Rd, where he met the new boy in town, Jimi Hendrix, and got to know, and hear, most of the great players of that era. He was soon marked out himself as one of the players you had to hear. A friend of mine, who owned a shop in Denmark St at the time, recalls how Koss would wander in, sit cross legged on top of a cab, take a Gibson off his wall and start wailing away at volumes that made it impossible to think or even talk. He did the same in the Orange shop round the corner, as Phil Harris recalls in our video, and no one would have dreamed of stopping him. Having that astonishing sound howling out of your door was an advertisement no money on earth could have bought.

By 1968, Koss, accompanied by the Bones' drummer, Simon Kirke, teamed-up with singer Paul Rodgers and bass player Andy Fraser to form what was to be Koss's biggest band, Free. They toured extensively, producing two landmark albums, Tons Of Sobs in 1968 and Free in 1969 then hit the jackpot with Fire And Water, released in 1970 and containing the single All Right Now - still a hit on every classic Rock station around in the world over 40 years later. As was the way back then, the song wrapped itself around a short but absolutely unforgettable solo - probably one of the best Les Paul sounds ever to grace an international hit single. Even players who had never heard of Free, or Paul Kossoff, suddenly sat up and listened - who the hell was that? And where did he get that vibrato?

Legend has it that 'where did he get that vibrato' was a question asked of Koss by no lesser mortal than Eric Clapton, though only Clapton knows whether it's true. True or not, it's a question he should have asked because Koss had a style that, for all that it adhered to most of orthodox Blues traits, was instantly recognisable and packed a charge of emotional voltage that few else could match. Whatever was going on inside Paul's head, it was producing tormented playing.

It would be easy to say 'ah, that was the drugs' but it's just as likely that the drugs were also a consequence of Paul's inner demons. Without dipping down into the seamy stories of the time (and this was decades before 'rehab' became a buzzword) drugs were cheap, easy to come by and, most importantly, consumed by many without the slightest understanding of what they were taking.

Though drugs were to be Koss's undoing they weren't the only thing tearing the young band apart. Kossoff and bass player Andy Fraser had a very uneasy relationship and there were other tensions that saw the band break up following the release of Highway, in 1970.Â  A live album followed a year later, following which, Kossoff went off with Japanese bass player Tetsu Yamauchi and the American keyboard player John 'Rabbit' Bundrick. They released one album, Kossoff, Kirke, Tetsu and Rabbit.

Free had become an on again/off again project, whose fluctuations were eagerly reported by the weekly music press of the time. The band reformed for the album Free at Last, released in 1972, then Fraser left to be replaced by Tetsu and Rabbit for one final Free album, Heartbreaker, in 1973.

This time, the split was final. Rodgers and Kirke formed Bad Company, while Koss wandered off to associate with some very bad company indeed - the genius acoustic player and songwriter John Martyn. Both were prodigious consumers of illicit chemicals so the 1975 tour they undertook together must have been...quite an experience.

My own encounter with Koss was during 1975. He'd recorded a single album, Back Street Crawler (the title explains itself), in 1973, and following his survival of the John Martyn tour, he put together a band named after the album. I'd arranged to meet him in West London's Basing St studios, the home of Island records, and then one of the coolest places in town. With the wonderful gift of 20/20 hindsight I should have spent longer and tried to get more material but I'd been asked to produce a very short article and who was to know that within a few months he would be dead, having suffered a heart attack while flying across the USA with his new band.

I say 'who was to know?' because the story at the time of my interview the story was that Koss had got himself together at long last and was, in the parlance ofÂ  the time 'healthy'. I'm no psychopharmacologist, even if I can spell it, and all I can say is that he seemed straight to me. He was small, nervous, well mannered, articulate and for some reason I broke with my usual unwritten rule (avoid the tabloid stuff - stick to music) and asked him about his drug problems. That wasn't very cool back then, either. Many of the people you interviewed in the 1970s were either out of their heads, had been out of their heads, or were pretty soon going to be. But Koss had been quite public about his problems before, so I asked him how he had managed to defeat his demons.

Honestly it was the final debasing of myself that ultimately brought my conscience back. 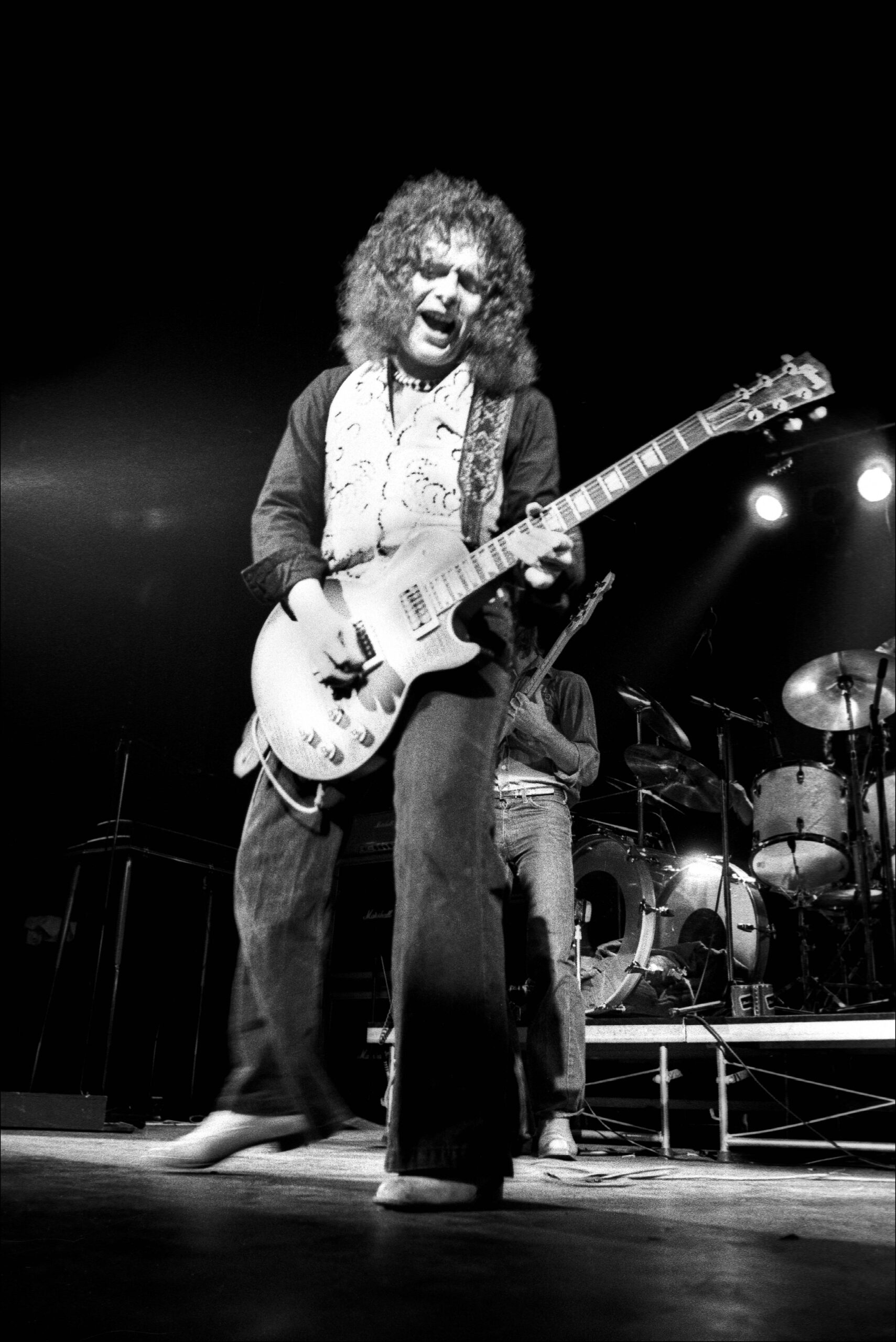 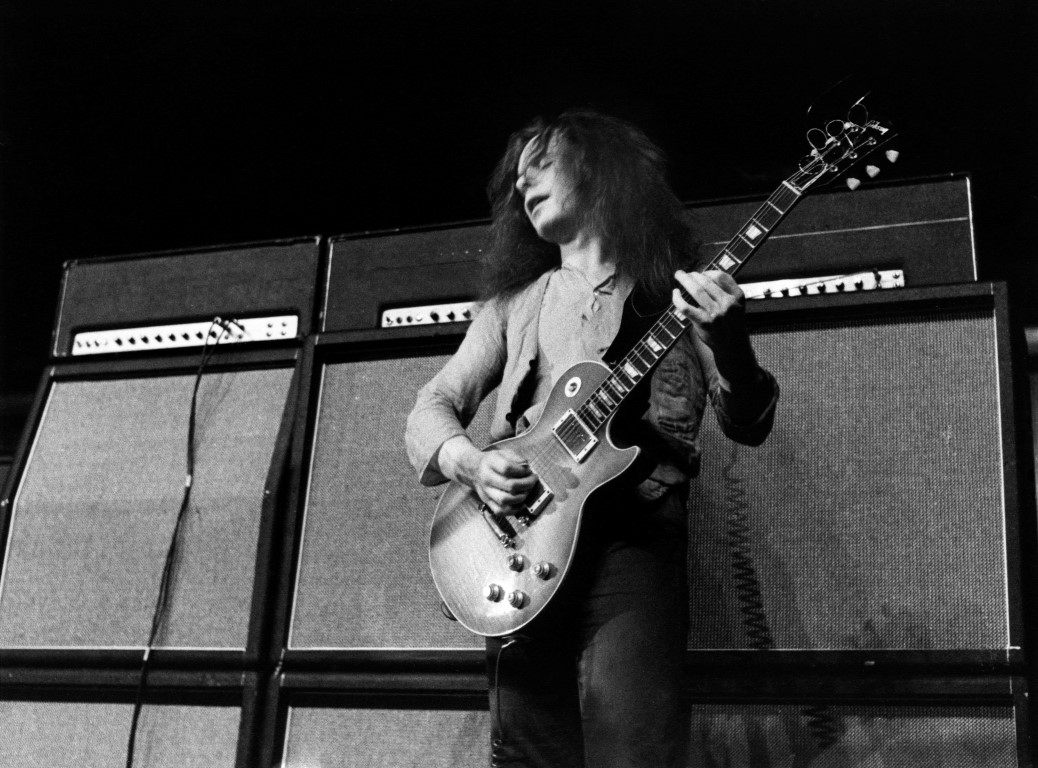 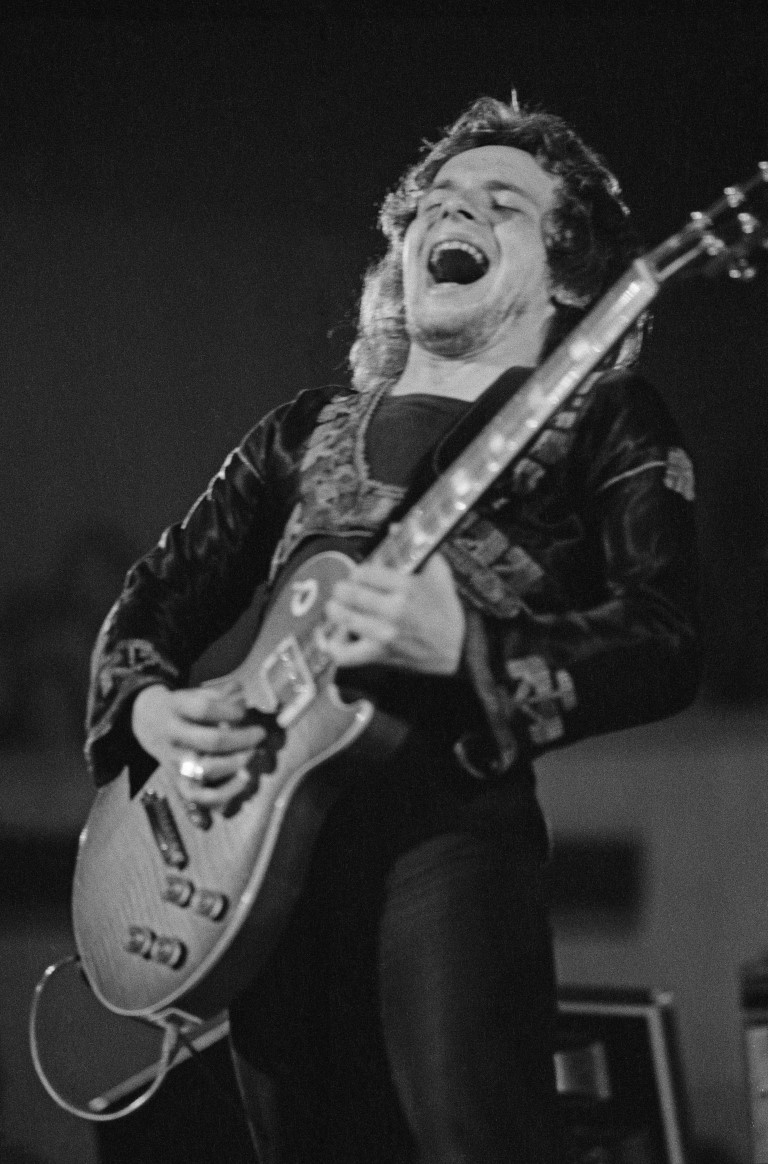