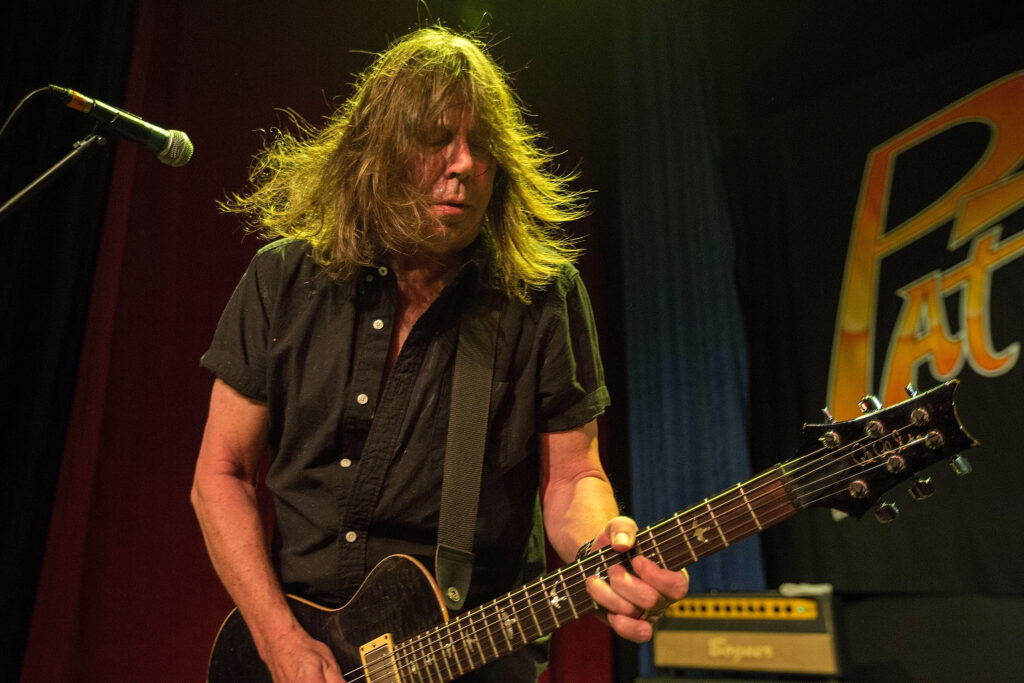 If you're wanting to get the Pat Travers sound, it's really a case of a nice old guitar, and a nice old valve amp played loud! There aren't any real secrets to that sound, you've just got to turn it up and play, it's all in the hands.

One of Rock's hardest-working artists, Canada's Pat Travers, is still thundering out his high energy Blues/Rock after almost 40 years in the business. Stuart Bull met the legend for our interview. Levi Clay penned the words.

Pat Travers, there's a name you're probably heard, but aren't sure why. With almost 40 years in the business and almost as many records released in that time, it's probably just as fair to say you might have heard a song or two in that period.

Born in Ontario, Canada in 1954, the young Travers came about at the exact right time. By the time he hit his teens, blues rock was exploding all over the world thanks to acts like Cream and Jimi Hendrix. Due to this he would end up picking up the guitar around the age of 12.

We're talking about the mid 60s here, so aside from perhaps Bert Weedon, there was very little real guidance on how to play, certainly no formal instruction, so like everyone else, Pat just went out and worked out how to play by listening to records and playing in bands. He would do this for a few years and get some minor notoriety, but it wasn't until his early 20s when he relocated to London that he would sign his first record deal.

Released in 1976 on Polydor Records, Travers self titled debut showcased Pat's song writing prowess, along with his ability to breathe life into the compositions of others. His powerful vocals, tight interplay with the bands and screaming lead guitar harmonies would capture the imagination of anyone listening and secure the demand for a follow-up. For anyone new to Pat, checking out Boom Boom (Out Goes the Lights), or Feelin' Right will give you a good idea of what he was about.

From here they just kept coming, Makin' Magic and Putting it Straight both released in 1977, two more in 1978, live albums and more. The hard work paid off though, and after some line-up changes (and a second guitarist) along with a support slot on the Rush, Drive til You Die tour, Travers started to climb the charts as they headed into the 80s.

During the 80s Pat got to feel the full force of the industry when he was dropped by Polydor after his 1981 record, Radio Active, was received poorly. Although it was a departure from his previous work, he was still doing tours alongside acts like Rainbow which should tell you how big a deal he was at the time. Travers decided to sue Polydor as he was still under contract to record for them. It's not often a man takes on the industry, but Pat won and Polydor were forced to put out his next record, Black Pearl. Despite featuring hits, his fate was probably sealed at this point, and when he released his next record on Polydor, it didn't matter that it was a return to rock, he was dropped.

Nothing happened for a 6 year period after this as in that pre internet world, having a record label was the only real way to get music out there. You needed that money and infrastructure to really get your music made and distributed, and it wouldn't be until 1990 that Pat found himself in this position again. While these were dark times, Pat's had a fantastic fan base through his career, and this never left him, so even on smaller labels, people were still seeking him out. The albums kept coming through the 90s and 00s and still featured great material the fans wanted to hear.

If you're wanting to get the Pat Travers sound, it's really a case of a nice old guitar, and a nice old valve amp played loud! There aren't any real secrets to that sound, you've just got to turn it up and play, it's all in the hands. Pat himself has played many guitars over the years, from Les Pauls to PRS, he's probably best known for his double cut Les Paul, but you'll get close with anything fitted with humbuckers plugged into anything with that Marshall-esque drive.

The thing with Pat is that there's never been a drop in quality, and it's for this reason that he's got so many die hard fans the world over who will buy all the records and see him on tour. There really is a wealth of material out there, both old and new. He's also put out a live record and a studio record this year, along with remaster material from the Polydor era, so dig in and check his website to see when you can catch him on the road. 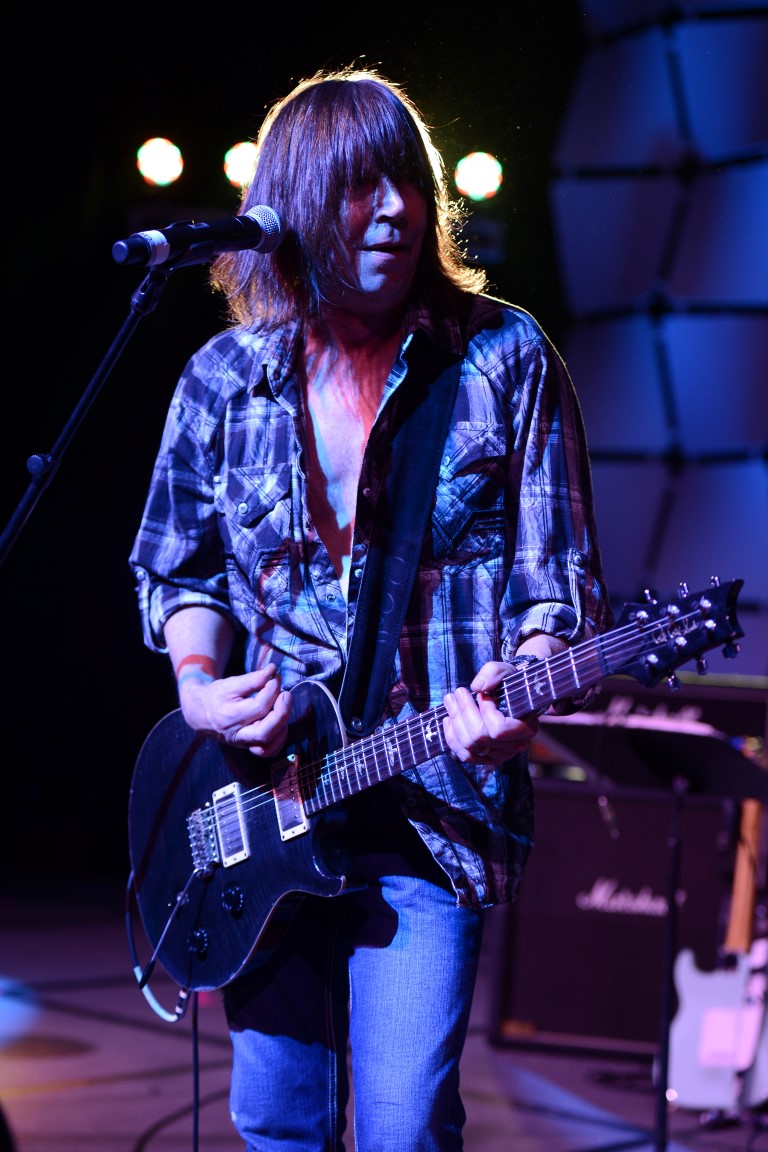 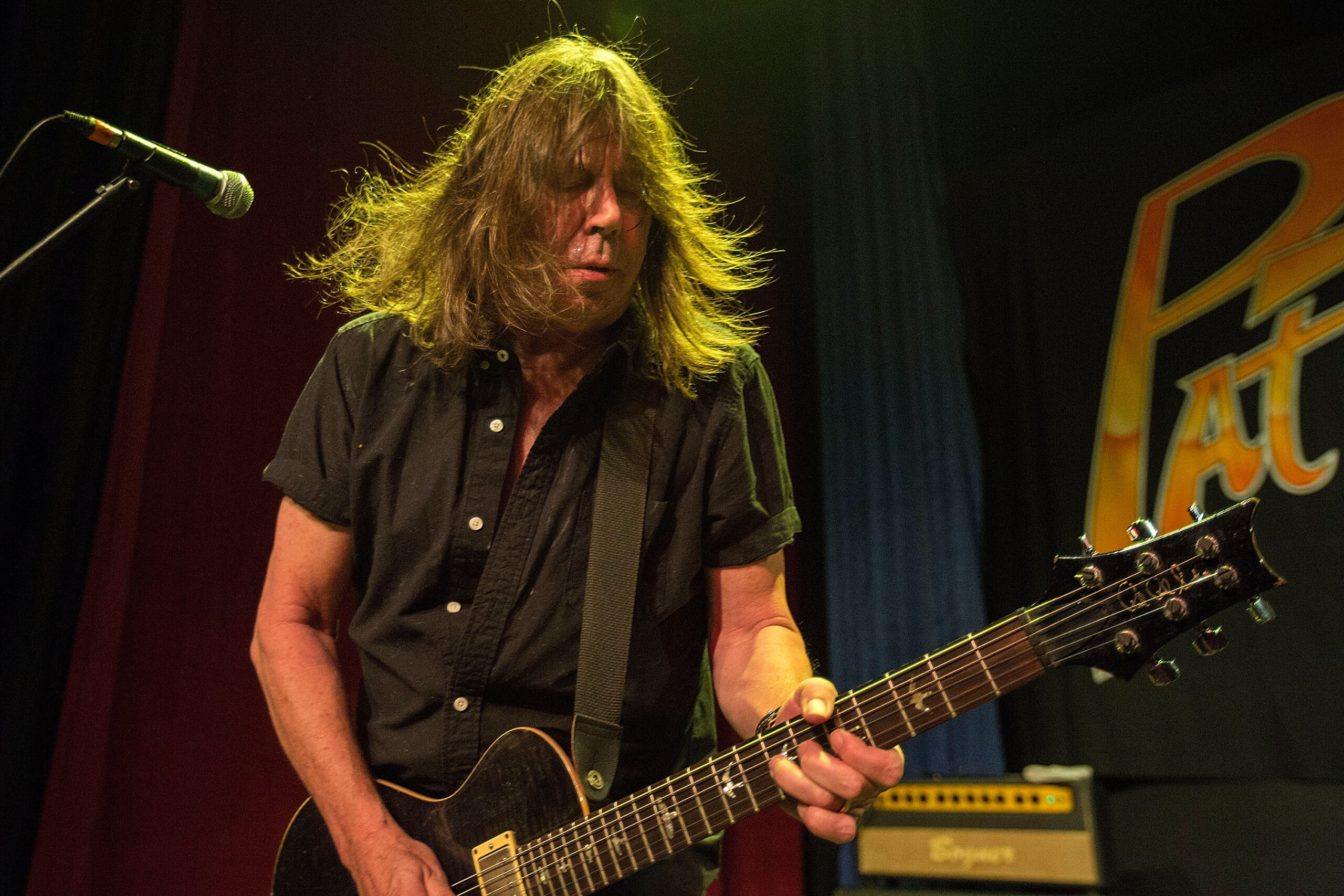