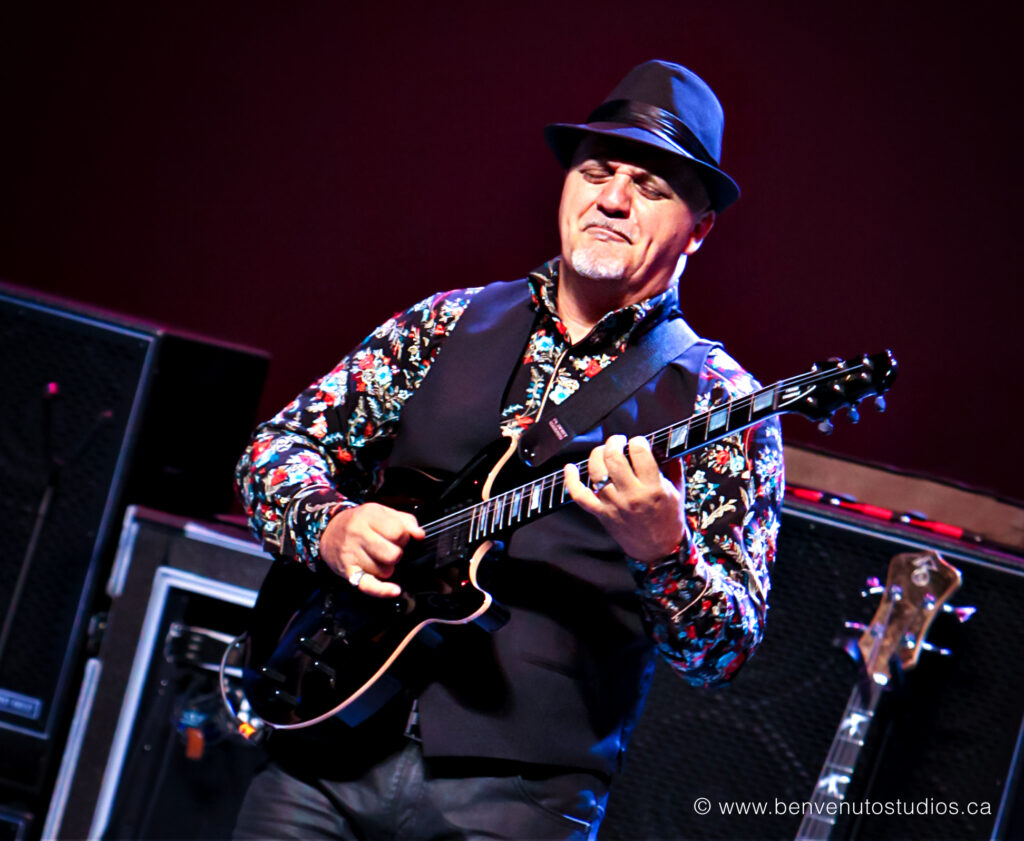 Few players can say they've had a monumental influence, not just on the music scene, but also the way guitarists approach their instrument, but Frank Gambale is one of them.

Few players can say they've had a monumental influence, not just on the music scene, but also the way guitarists approach their instrument, but Frank Gambale is one of them.

Born in 1958, in Australia, Frank picked up the guitar at the age of seven after being inspired by his two older brothers. During this period he was heavily inspired by Blues icons of the day like Jimi Hendrix, Mike Bloomfield and Jerry Garcia.

After 16 years of playing the guitar and developing his tastes in music (even considering quitting guitar to take up keyboards to be more like his hero Chick Corea at one point!), Frank relocated to The Guitar Institute in Hollywood (now named Musicians Institute) to be closer to the music he loved and which was coming out of LA at the time.

This was an extremely wise investment of time during that period as the Institute was a melting pot of creative talent, not just from the co-founder Howard Roberts, but other legendary educators who were either staff, or often around, such as Don Mock, Joe Diorio, Pat Martino, Joe Pass and many more.

There's no denying that Frank had talent. He would graduate as student of the year and end up teaching at GIT from '84 to '86. It was during this period that Frank would put out his first book on his incredible sweep picking technique after being pushed by his Afterburner band mate Iain Scott (who happened to be this writer's personal tutor many years later!). While we would think of Frank's technique as economy or sweep picking, at the time publishers were keen to title it something that would sell and nothing was as big a seller as shred guitar in 1985, so the world would come to know it as 'Speed Picking'.

As the years went by, more educational material would follow, including incredibly influential videos with REH and his two theoretical application manuals, the Frank Gambale Technique Book 1 & 2. For decades people would tell you that these books were everything GIT would cover but for $40. Not having gone to GIT I can't comment on the accuracy of this statement, but it's highly plausible to me as these books are fantastic!

As a recording artist Frank released Brave New Guitar in 1985 on Mark Varney's Legato Records but his career quickly took off when Scott Henderson left Chick Corea's Elektric band and Frank was asked to take up the role alongside one of the most important names in modern Jazz and Fusion music - not to mention saxophonist Eric Marienthal, drummer Dave Weckl and bass master John Patitucci. His first album with this band, 1987's Light Years, went on to earn a Grammy. He's since gone on to record seven projects with this band, including the massively important Beneath The Mask, released in 1991. This relationship with Chick has continued over the years, even filling Al Di Meola's shoes in Return to Forever for the Mothership Returns tour in 2012.

Frank was now hot property, everyone wanted a piece and before he knew it he was signed by Victor records (a subsidiary of JVC) where he released several well received albums including Thunder From Down Under and The Great Explorers. To date Gambale has released 12 studio albums and four live records.

Outside of his incredibly important work with Chick Corea, and his hugely successful solo career, Frank has also found himself in demand for numerous projects over the years, all of which have an almost cult like following. He recorded Truth In Shredding alongside Allan Holdsworth and Centrifugal Funk with Shawn Lane and Brett Garsed, as well as being a long time member of Steve Smith's band, Vital Information.

In terms of gear, Frank's sound is very much a product of his technique and touch. In his earliest days he was playing a Fender Strat, though he would quickly become known for his eye catching Ibanez S series FGM signature model which saw five versions over the years. He would also have a stint with Yamaha, who released the AES-FG signature model which featured the fretwave fret system, before moving to Carvin guitars which released the FG1 in 2011. For acoustics he currently has a Cort signature model, the perfect instrument to tune to his unique tuning of ADGCEA. In fact we have one reviewed elsewhere in this very issue so be sure to check it out!

When it comes to amps, Frank has been with Italian builders DV Mark for a while now, having both a signature combo signature as well as a signature version of the company's flagship Multiamp (along with a signature cabinet). For those looking to get Frank's sound, he's very much a man of the era that saw players using bigger and bigger rack systems, so a decent multi effects unit will prepare you for the variety of sounds Frank has used over his long career.

Looking to current projects, Frank's last release was a Latin tinged effort recorded with his wife, Boca, back in 2012 so perhaps we can expect a new effort in the near future, though is seems most of his energies are currently going into his online guitar school.

Frank has tons of great material out there, from music to books, videos to transcriptions so dig in and try and soak up some of the incredible style right now from a man who is undoubtedly one of the most innovative and instantly recognizable players of his generation. 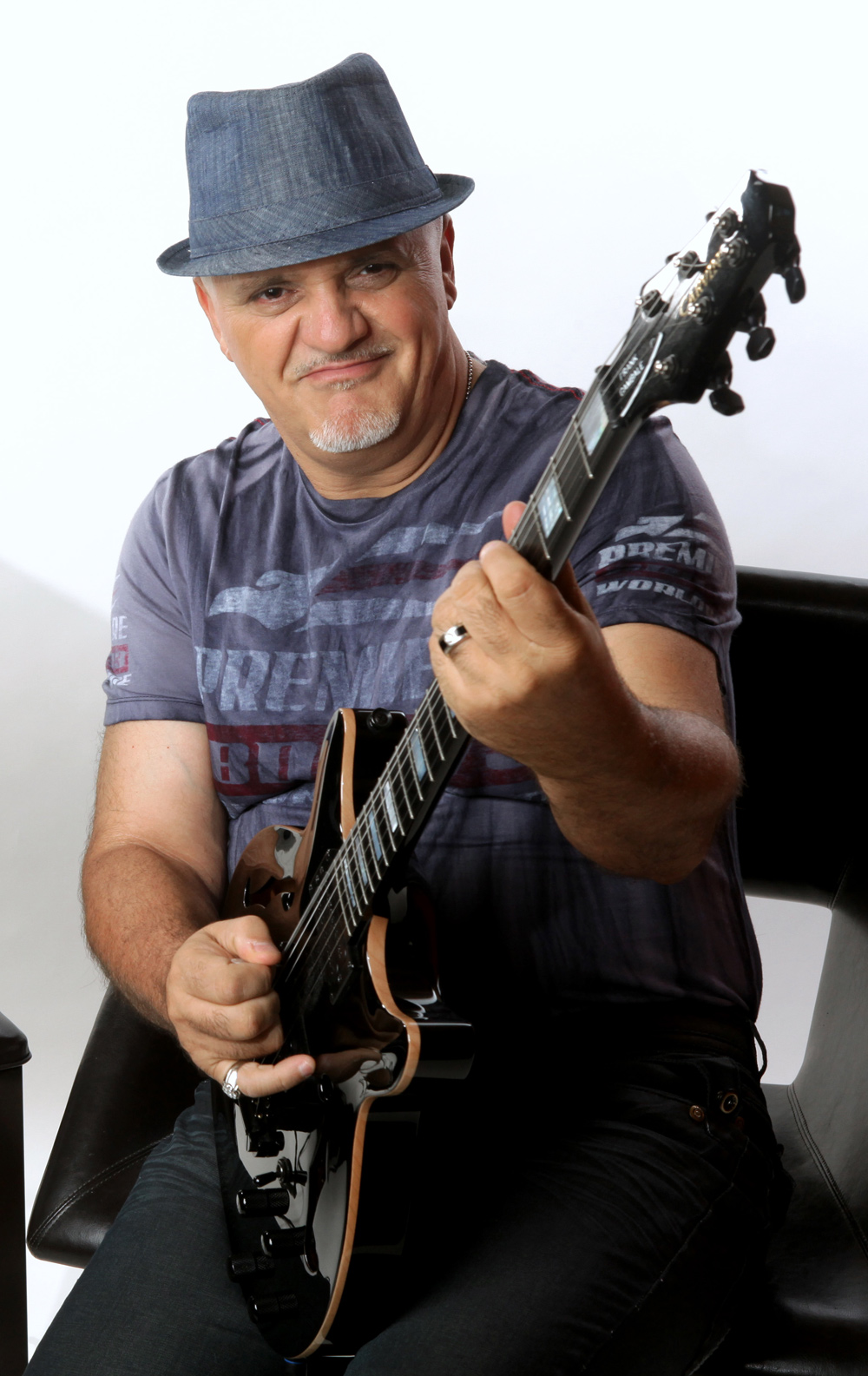 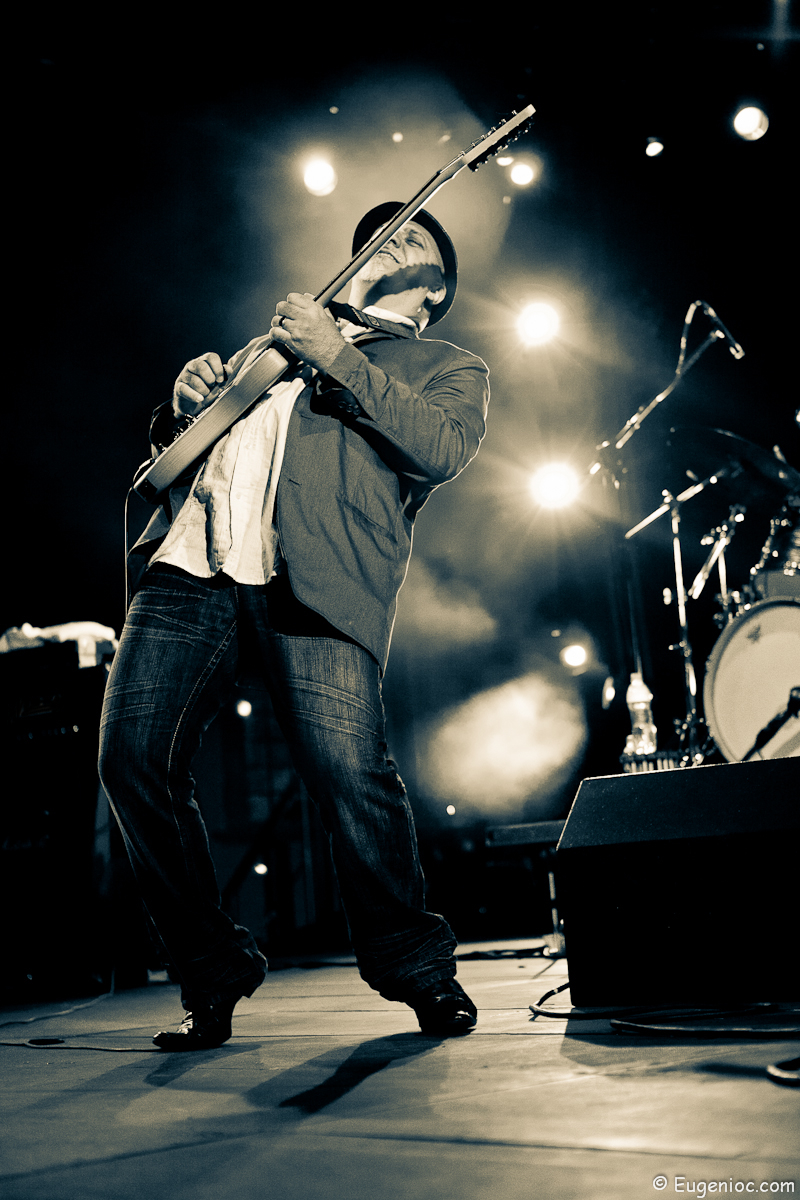