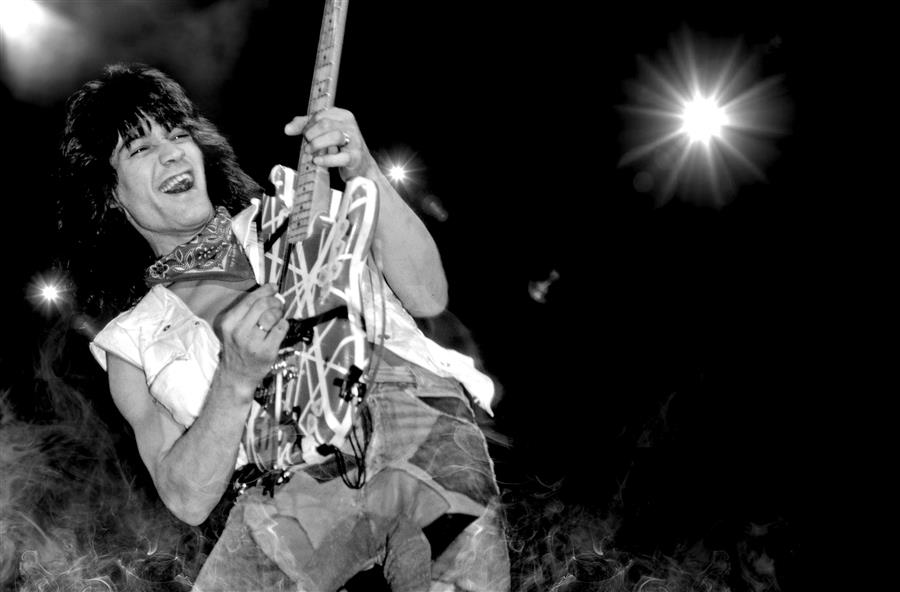 Los Angeles-based journalist Steven Rosen was a regular at the Whisky in the 1970s. In 78 he was introduced to a kid called Edward Van Halen - whose eponymous band was just about to release a record. No one could have foreseen how Rock guitar was just about to change forever. Filed away in a drawer ever since, Rosen's interview sheds new light on one of the great mysteries of guitar history: just how did Eddie get that sound?

Downstairs on the Whisky stage, Eddie Money is singing about paradise and holding on to something. Upstairs, at the end of a hallway reeking of burned-out butts, I'm standing in one of the dressing rooms with guitarist Edward Van Halen. He is holding on to a cigarette and talking as if we'd been friends forever. We've just been introduced by club booker Michelle Myers. Somehow, though I'd been attending shows at the Whisky and the Starwood for the last four years, I've never heard him play. I knew about Ed - everyone in Hollywood knew about Van Halen. He smokes and philosophizes about Eric Clapton (loves Cream), Jeff Beck (not a huge fan) and Detective's Michael Monarch (sounds too much like Beck). Their first album is due out in a couple of weeks. It is the beginning of 1978 and the record is scheduled for February/March.

I think it's good,