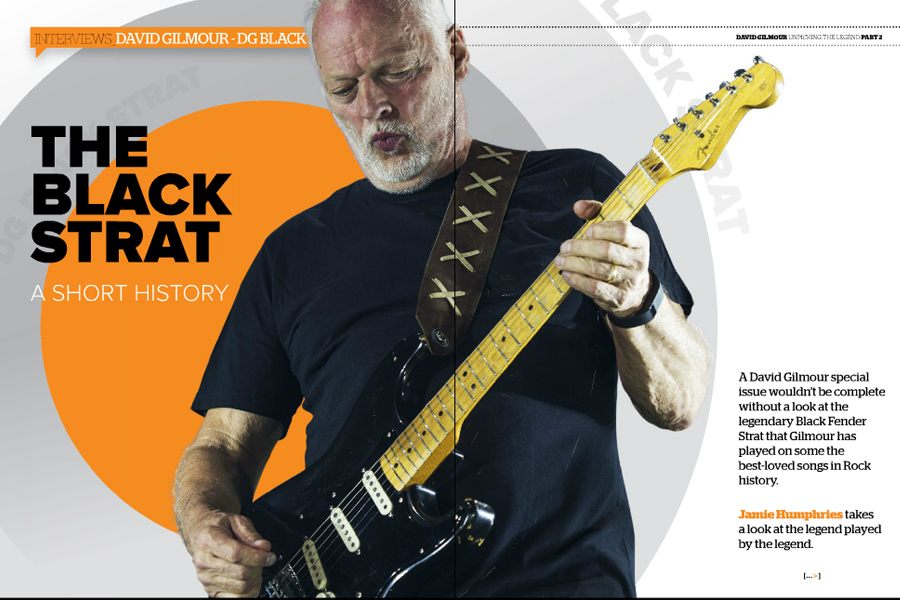 Today. The Gilmour black Strat is a much modified guitar but some of the minor mods really don't need to concern us for the purposes of this article as they include things like different neck plates, knobs and the use of more traditional Kluson tuners. Jamie Humphries

Guitars can occasionally be as famous as the guitarists that play them. Think of Rock legends like Peter Green, Brian May, Steve Vai and Edward Van Halen. David Gilmour's famous black Strat is certainly one you can add to that illustrious list.  His black Fender Stratocaster has been used on countless classic recordings and concerts and has to be one of the most listened to guitars in the world, responsible for some landmark recordings. In this brief history we shall take a look at how the guitar has evolved and been modified from its humble beginnings.

It seems fate played a huge part in this lifelong relationship between man and guitar when in 1970, Pink Floyd were force to cut their US tour short after their equipment was stolen. Gilmour stopped off in Manny's Music in New York to purchase a replacement Fender Stratocaster and walked out of the store with a humble black standard Stratocaster, The guitar was a CBS Strat with a maple neck with a maple cap