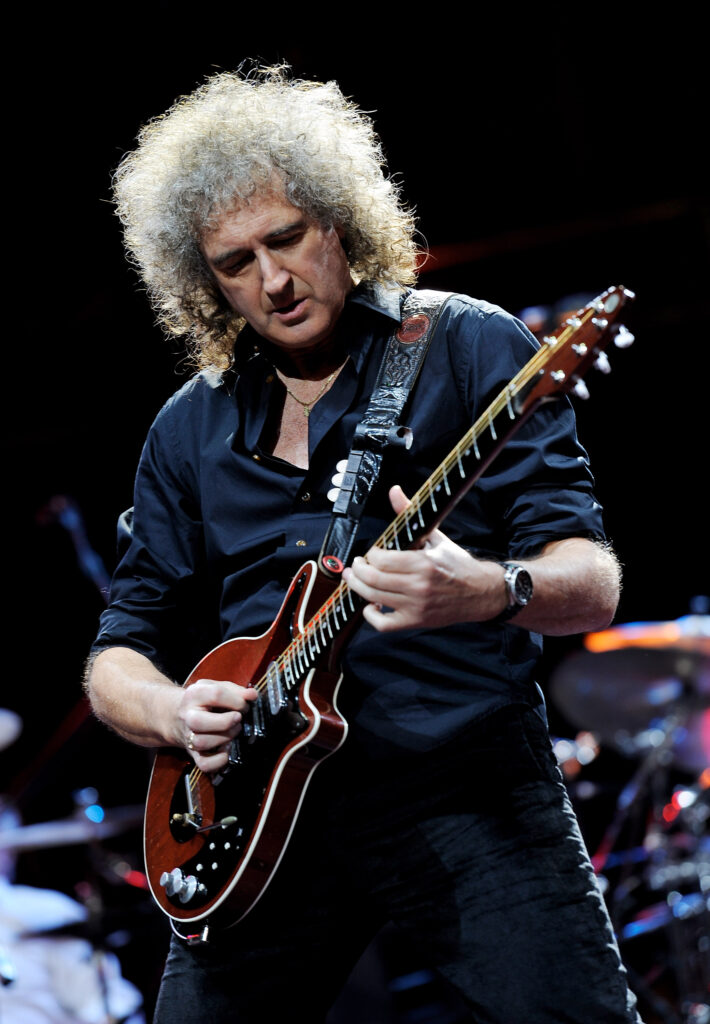 That ability to be instantly recognisable is one of the qualities that sets Brian May's playing apart.

Dr Brian May - astrophysicist, animal rights campaigner, songwriter, rock legend, above all the guitar voice of Queen - is one of most distinctive and gifted guitar players of the past 50 years. GI has put together our biggest ever tribute issue, featuring interviews with Brian and his long-serving guitar tech, Pete Malandrone, plus reviews of as many Brian May-related products we could get our hands on! First Gary Cooper offers an assessment of a career still very much in progress, then Jamie Humphries offers his unique insights.

One of the measures of a really great guitarist is that you can recognise him from just a few notes. It may not be universally true, but think of some of the players it works for - Jeff Beck, Django Reinhardt, Eddie Van Halen, Pete Townsend, Jimi Hendrix, Alan Holdsworth and Chet Atkins among them. As rules of thumb go, it isn't a bad one. One guitar player you can definitely add to that list is Brian May. Just a few notes from Dr May's fingers is all it takes to tell.

It isn't (just) about tone and it certainly isn't about the number of notes played per second. It's about feel and musicality and the ability to endow guitar playing with personality. If an aspiring guitarist is looking to do anything that will ensure a successful career, then sounding like him (or her) self is far more important than being able to argue scales and modes with a music theorist.

That ability to be instantly recognisable is one of the qualities that sets Brian May's playing apart. Another is his sheer musicality - in fact it's that quality that I personally think makes him a 'great player'. When Queen first arrived on the scene, it might have been the amazing layering of vocals and bizarre juxtaposition of styles (one minute hard Rock, the next camp operatic extravaganza) that captured the public's attention, but for a guitarist it was listening to the finely wrought guitar parts, each perfectly complementing one another, that startled.

None of that came easily. Back in the 1970s, when Brian May was recording tracks like 'Good Company', 'Now I'm Here' or 'Bohemian Rhapsody', the only way to do it was via slaved-up 24 track tape machines, with pass after pass after pass removing the precious oxide from its backing to such an extent that the tape ended up almost transparent. The hours of work that went into making a Queen album are unimaginable and the sheer determination taken to record a track like one of these is truly mind-boggling. But that, too, is a hallmark of Brian May - he is an extremely determined man, with a definite willingness to go completely against the flow if that is what he wants to do.

Take, for example, his idiosyncratic choice of gear, which undoubtedly helped him stamp his individuality on Queen's sound. Had he played a Les Paul or a Strat through a Marshall or HiWatt he would have sounded very different - or, rather, much more like everyone else. By deliberately choosing a guitar made with his father in the family shed, plugged into a (by then pretty much completely out of fashion) amplifier (an AC30), a similarly antediluvian effects unit (the Rangemaster treble booster) and to cap it all, playing with the milled edge of a sixpence, he gave himself a head start in the instant recognisability stakes. It may not be the first advice you'd necessarily give an aspiring guitarist, but 'do your own thing' - even to the point of stubborn idiosyncrasy - does have a lot to be said for it! Keeping those old AC30s on the road was hard work, as was all the money and love spent on the various Red Special replicas that have been made but it paid off handsomely, both creatively and commercially.

Then there is the song writing. If there is a lot to be said for individuality, Queen certainly had it by the bucket load, and it equally certainly caused tensions in the band. Brian May and Roger Taylor could make an awesomely powerful sound at times (anyone who witnessed Queen at their peak will have heard a very hard Rock band!) and were pulling the band towards a heavier sound (I remember the penny dropping when May admitted to me (a fellow admirer) that he was a Tony Iommi fan. This was back in '76, when that was about as uncool as it could be. So much for fashion!). Brian's songs often (though not always!) reflected that hard Rock leaning.

John Deacon, on the other hand, though he didn't write much, wrote some of the band's biggest hits and he was a Tamla and Soul fan. And Freddie Mercury? How would you even begin to describe his influences? These differing styles tugged the band apart at times and various interviews reveal one member or another admitting they didn't like such and such a track. Sensibly, they played on them despite that and the result made Queen something far more important (and popular) than yet another 1970s/80s Rock band with a bag of riffs, a cloud of hair spray and not a lot else. In that sense, Queen had something in common with the Beatles - they were impossible to categorise and beyond prediction. Something for everyone, if you like.

Stubbornness had a lot to do with that. The band wasn't always the most popular in the business at its height - in fact the word 'arrogant' was occasionally used, though that's not a word anyone who has met him would ever use of Brian May, but I'd prefer to say the band was determined. After a rotten start with a terrible management deal (listen to 'Death On Two Legs'), and despite visceral opposition from a music press that had decided anyone who could sing in tune or play more than three chords was getting above himself, Queen knew what they wanted to do, knew how they wanted to do it and weren't prepared to let anything stand in their way. It takes that level of determination to reach the top.

And so to our Brian May feature. Inevitably, we relied on Jamie Humphries for the majority of it. Jamie has been with Guitar Interactive since we began (when he hasn't been on tour), has played in Brian's bands, worked on both the London West End and German productions of the We Will Rock You musical and was the only choice for both our interview with Dr May and the Tech features.

Our thanks to all those who helped finally make this feature possible: Jamie, Pete Malandrone, Andrew Guyton, Barry Moorhouse, Nigel Knight and, of course, Dr Brian May C.B.E.! 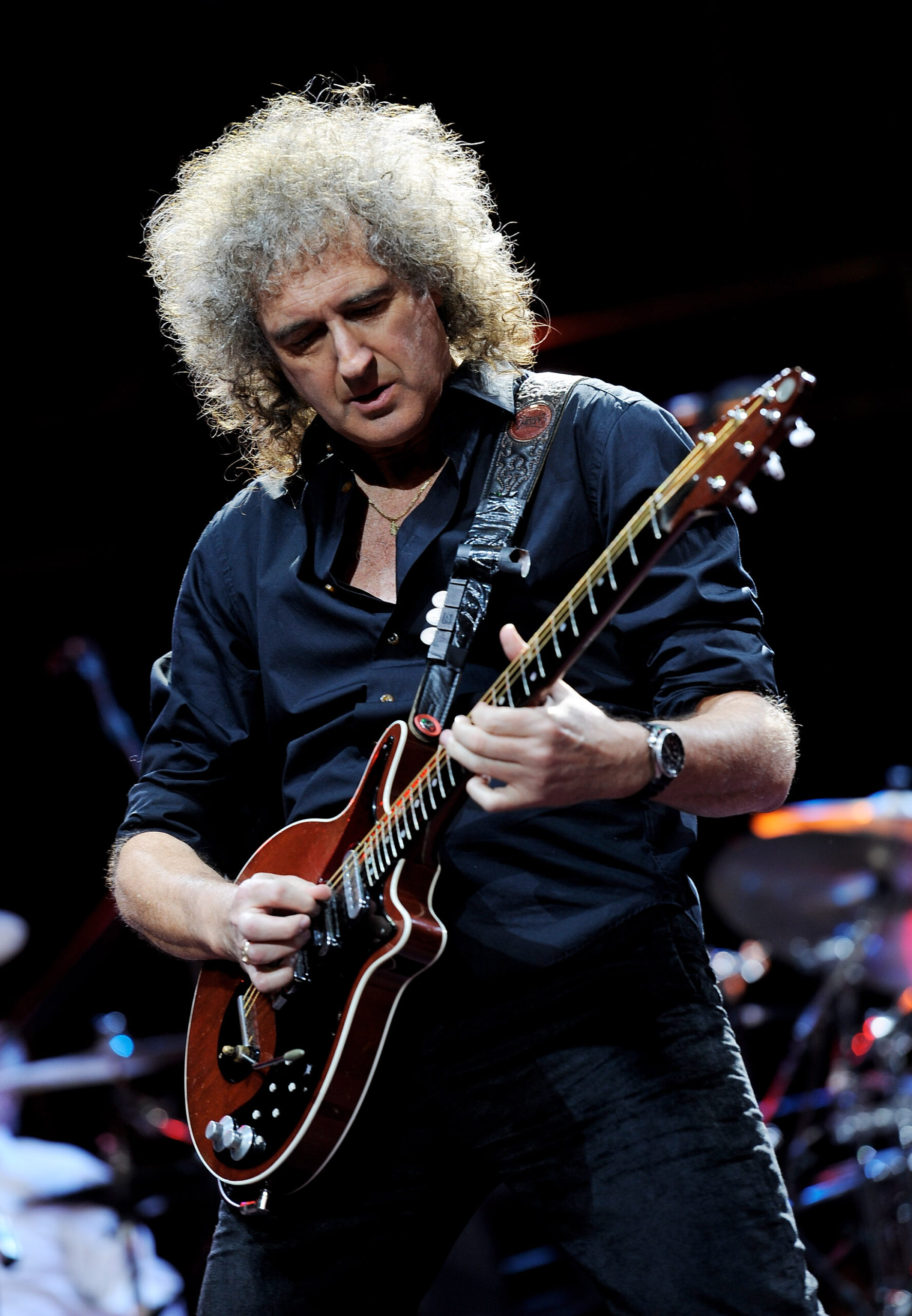 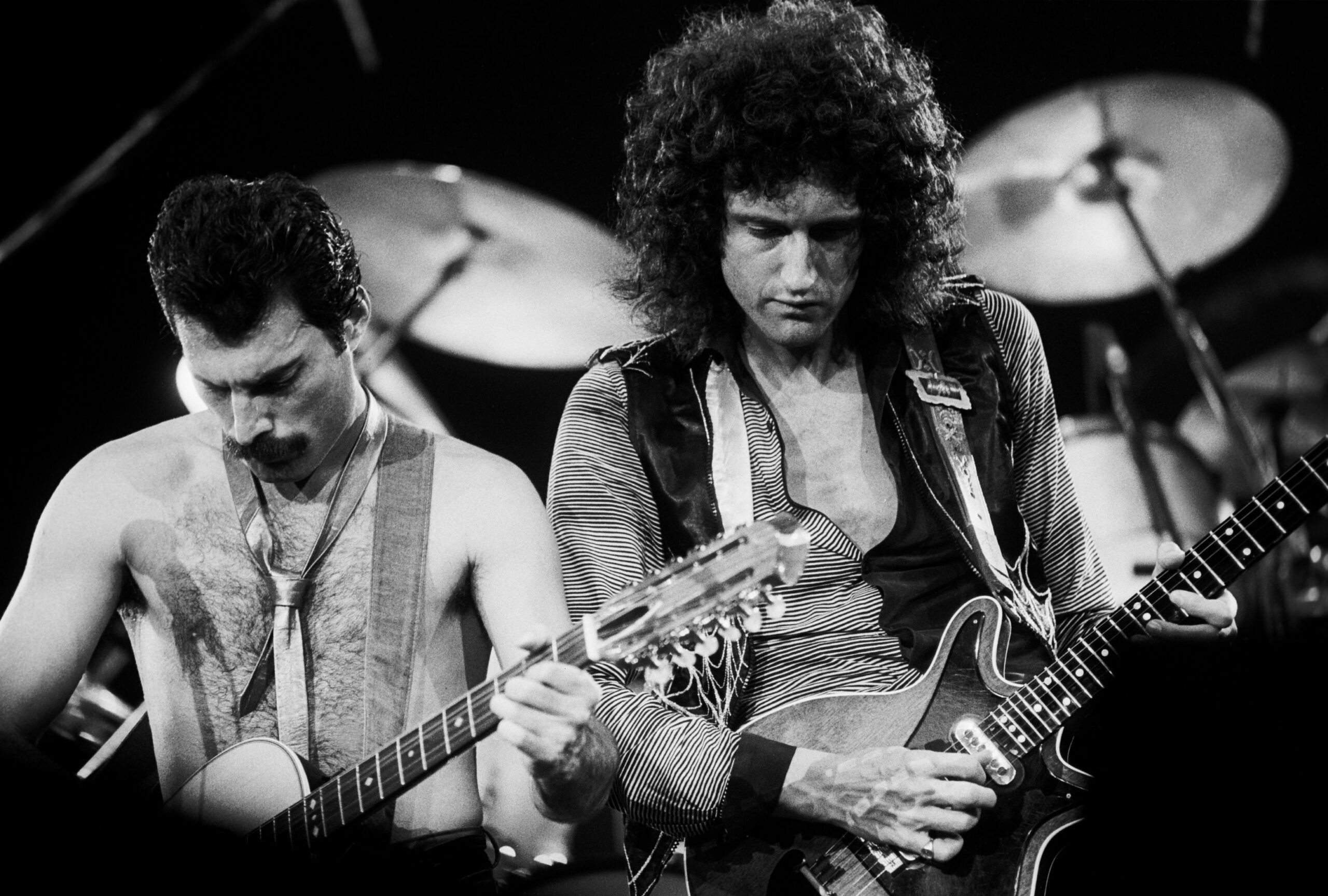 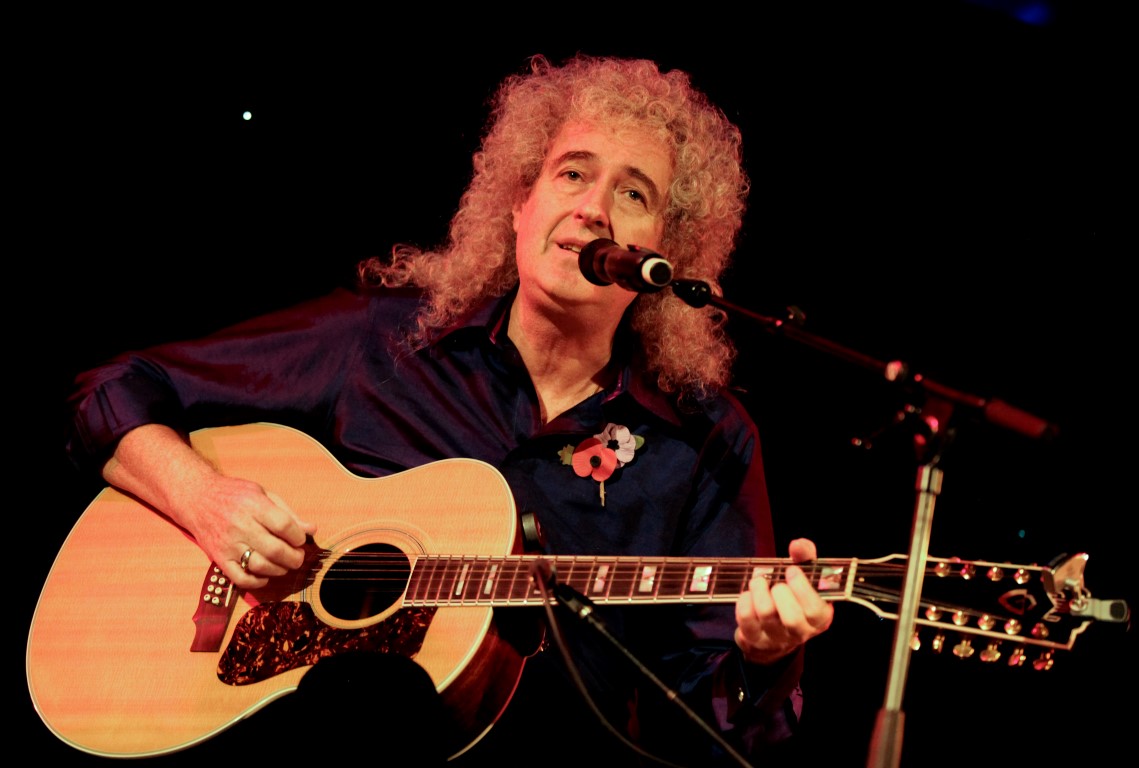 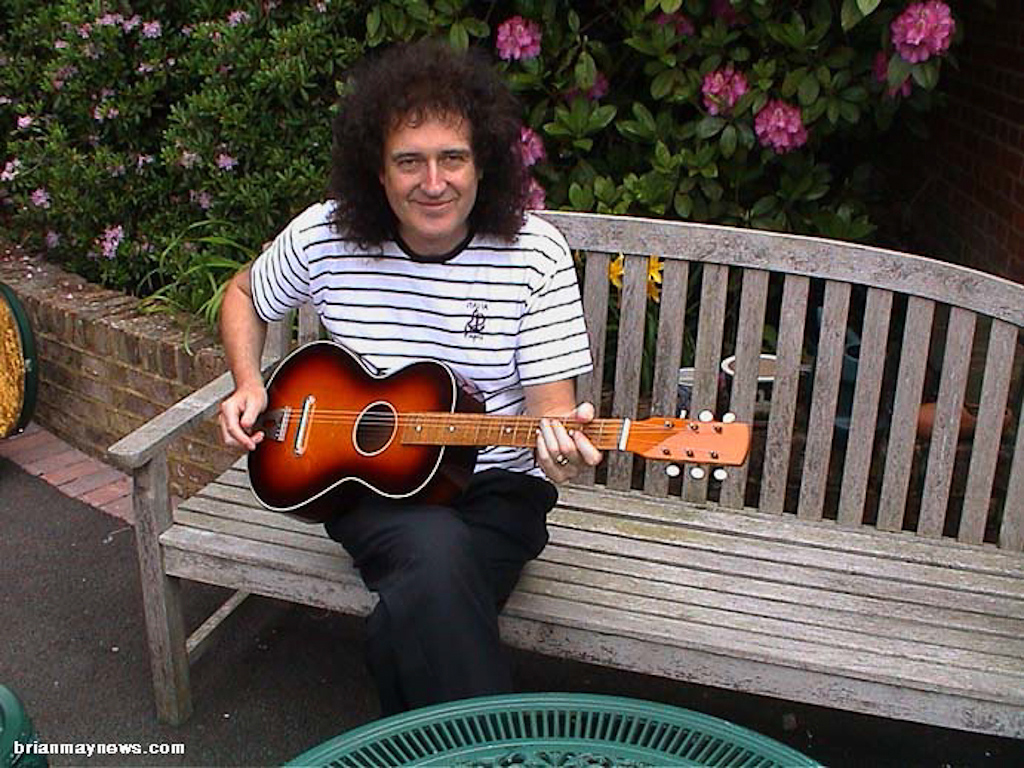