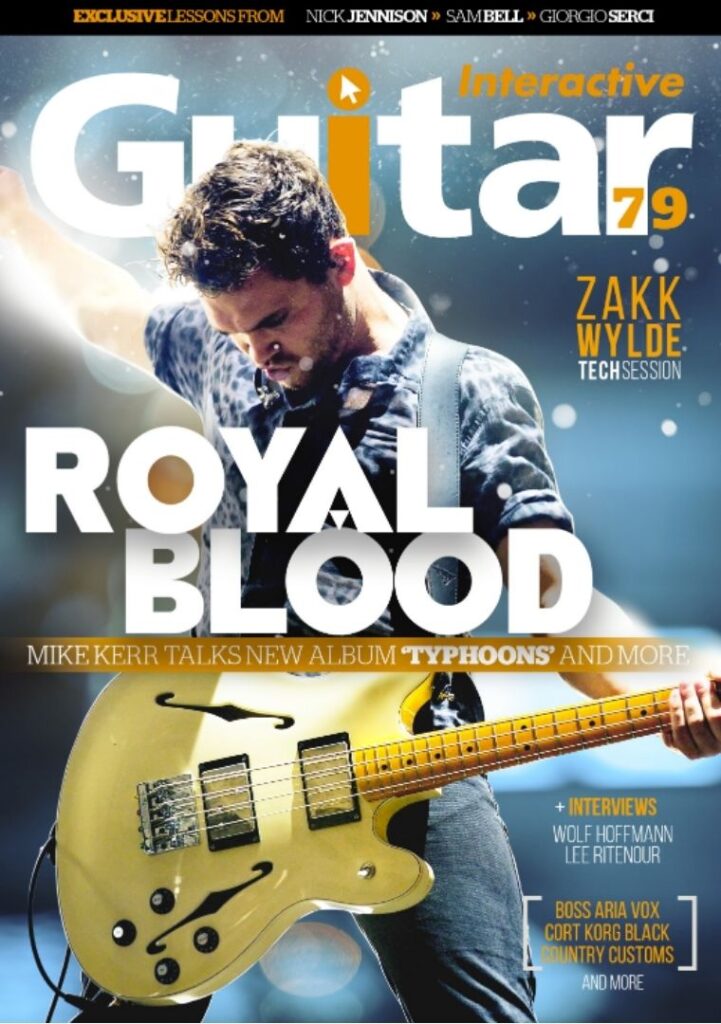 Hello and welcome to issue 79 of Guitar Interactive Magazine!

After two UK number one albums, over two million record sales and an endless array of international acclaim, you might've thought you knew what to expect from British rock duo Royal Blood. However, the band is primed to push things even further with the release of their eagerly anticipated third album 'Typhoons,' on April 30th via Warner Records. Guitar Interactive talks exclusively to the Royal Blood bassist and frontman Mike Kerr in this exclusive feature.

We catch up with Wolf Hoffmann, renowned metal musician and guitarist for German classic metal band Accept. Hoffmann has been in the game since 1976—and shows no signs of stopping, with Accept's latest studio album 'Too Mean To Die' dropping last month.

For Lee Ritenour, after a dazzling five-decade and counting career, there aren't many 'firsts' left to achieve, however, with his new album ‘Dreamcatcher’ he's delivered just that; his very first solo guitar record. The man who's done just about all there is talks about his new album and more with Jonathan Graham.

As usual, with every issue, we have a brand-new Tech Session. In this edition, Nick Jennison delivers a breakdown of one of metal guitars biggest names: Zakk Wylde.Also, don’t forget about this issue’s whole host of the latest and best gear reviews from around the world of guitar, with our team of world-class gear reviewers offering their unique insight, expertise, and personality which as always, I hope you will enjoy. However, if that's still not enough, there’s all of our exclusive lessons from Nick Jennison, Sam Bell & Giorgio Serci.