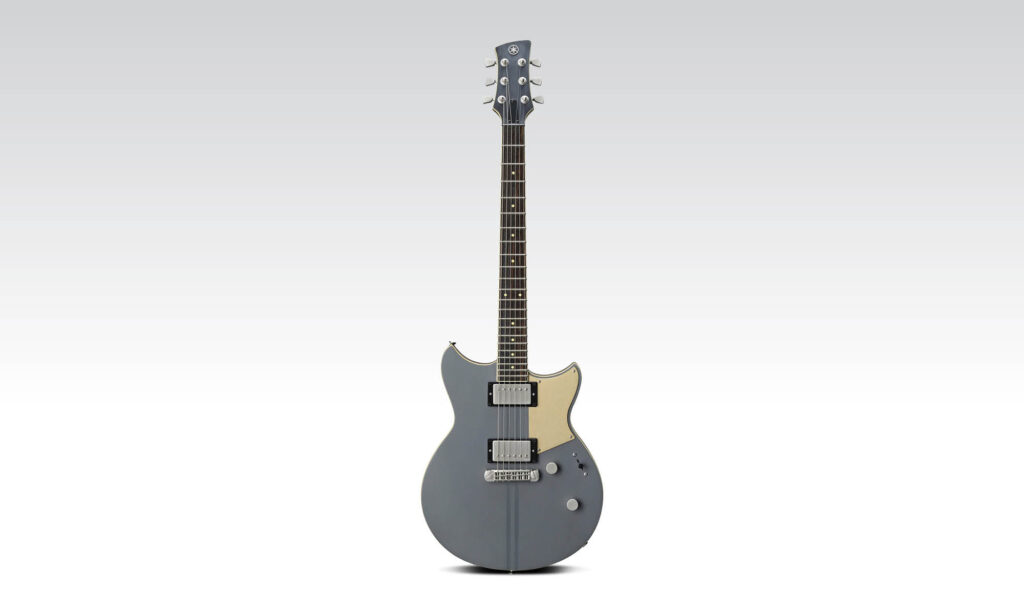 This blend of woods is so important to the voice of this kind of guitar, and it’s nice to see Yamaha aren’t cutting corners here

Nick Jennison reviews The Yamaha Revstar RS820CR, an instrument built with a "what you see is what you get" mindset. Taking inspiration from the cafe racer motorcycles found tearing up the streets of London in the 1960s, the RS820CR is engineered to give you optimum performance with nothing extra to slow you down and the classic maple, mahogany and rosewood construction delivers guitar tones that we all know and love.

I’m just going to come right out and say it: This guitar looks the absolute business. It’s like a guitar, a motorbike and an All Saints leather jacket had a baby and I love it. So what is this handsome beast?

Released in December of 2015, Yamaha’s Revstar line was the first new series of guitars for the Japanese giants in over a decade. It’s a collaborative effort between top London design agencies and Yamaha’s crack guitar development team in Japan, and represents Yamaha’s heritage making both guitars and motorcycles. Drawing inspiration from the stripped-back cafe racers of the 1960s, the RS820CR combines sleek, unfussy lines with tactile raw metals to make a very evocative aesthetic. Good enough to win a whole host of awards from good design, even from outside of the guitar industry.

The model we’re looking at is the top of the Indonesian line, second only to the Japanese made RSP20CR, and it shares the flagship model’s gorgeous aesthetics. The blue-grey “rusty rat” finish appears to be satin, but is in fact a high gloss paint job that’s been hand rubbed with wire wool save for two go-faster stripes. It’s a finish that’s intended to age quickly, along with the copper-coloured aluminium pickguard and the pewter-looking knobs, tuners, bridge and pickup covers. Like a good pair of jeans, the RS820CR is only going to get better looking with age.

Of course, looks aren’t everything. We’re taking about a musical instrument here, and it should be judged as such. Fortunately this is usually where Yamaha excel (often in spite of rather lacklustre visuals) , and the Revstar is no exception. The mahogany neck is fairly meaty, but not to the point of being bulky, and it comes with with a fairly flat 13.5” radius and some pretty hefty jumbo frets. The bridge action was a little high for my tastes (especially on the bass side), but a quick tweak with the supplied wrench and we were in business. The balance is perfect on either knee and on a strap, and the carefully disguised forearm and ribcage contours make for a very comfortable playing experience - one that belies the guitar’s rugged and spartan looks.

While the playing feel is thoroughly modern and high performance, the Revstar’s tone is vintage all the way. It’s that timeless recipe of 24.75” scale, two humbuckers and mahogany/maple construction in all it’s muscular glory. Yes, even though you can’t see it, there’s a maple cap. This blend of woods is so important to the voice of this kind of guitar, and it’s nice to see Yamaha aren’t cutting corners here. The two custom-wound humbuckers are on the hot side of vintage with a serious midrange punch and “clonk”, and they’re extremely responsive to your picking dynamics.

The thick voice of the humbuckers isn’t appropriate for every situation however, and his is where may manufacturers would resort to coil splits. Yamaha have instead opted for a passive EQ circuit they’re calling the “Dry Switch”. Pulling the tone pot shelves out some of the low end, emphasising the chimey top end that remains untouched. It’s a simple premise, but it’s incredibly effective, not only for adding sparkle to clean tones but also for cleaning up heavy riffs and gained-out neck pickup leads.

The Revstar RS820CR is a wicked blend of modern, over-engineered playability and punchy vintage tone. It also happens to be one of the coolest looking guitars I’ve seen in a very long time. What’s not to love? 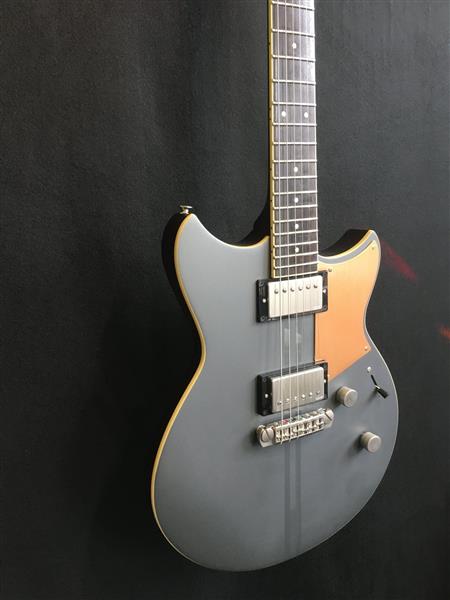 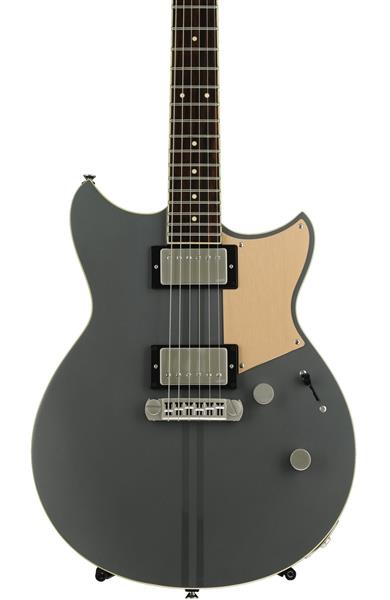 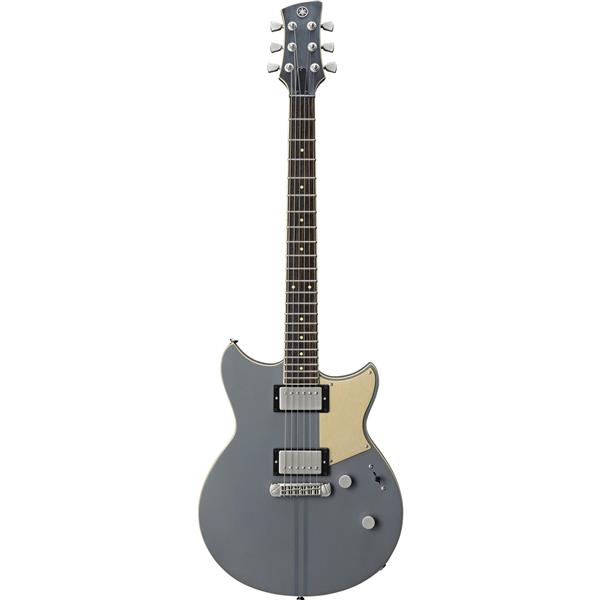 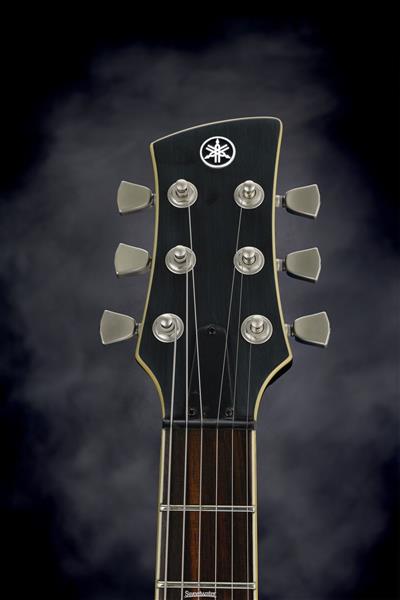