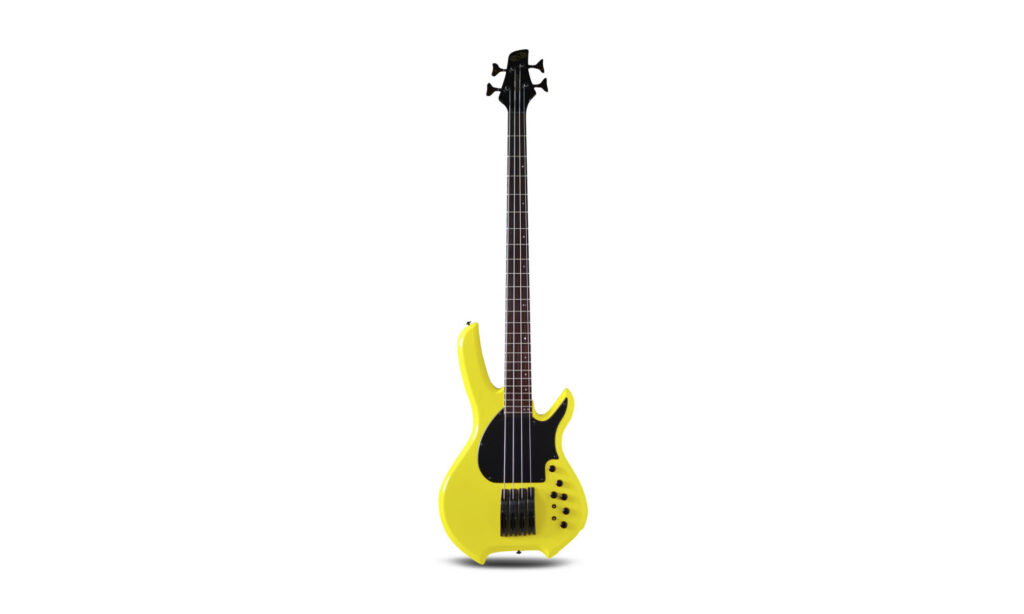 The whole neck feels really slim with a low profile ‘C’ neck carve. Easy to navigate without any sense of ‘bigness’. Acoustically the instrument has a familiar character, which isn’t surprising considering what it is made of.

The bass alone is in the premium price bracket. The extra MIDI processing would represent an additional purchase over and above. (Willcox does offer a full MIDI package though!!)

Carbon Fibre and the ‘sporty’ look might not be your thing

Welcoming fresh ideas and ‘new’ technologies is always a pleasure down in the Gi Bassment. Dan Veall demonstrates the Willcox Saber HefFx 4, a bass guitar model packed full of emerging and exciting innovations.

Okay, so Willcox isn’t a new kid on the block and the technology has had a bit of time to grow some legs, but this HefFX bass is new model to us here at GI Towers!

Out of the case, the lines on the instrument are sporting with this particular example jumping out at you in bright yellow. A nod to motorsport with a ‘carbon fibre’ pickguard too.

Immediately I suspect you will have spotted the lack of magnetic pickups in the usual positions and no doubt your eye will wander toward what looks like four substantially sized bridge pieces. Maybe the hint that something else is in store for us given the amount of controls adorning the body top?

Lets get the physical instrument unpicked first, then it’s off to discover what engine this machine hides under it’s bonnet.

Before I put the bass through some serious amplification in the shape of my Bergantino rig, which is sure to show off any instrument’s true colours, I like to sit for a while and get to grips with the overall feel and acoustic tone of a review bass. This can give away a lot about what to expect. Well, for most basses anyway!!

The Willcox HefFX 4 features a downsized body with deep contour scoops that further adds to the diminutive feel of the overall instrument. It is, however, a full 34” scale from nut to saddles. Actually, as it happens, I think the body is a little elongated to make a bit of room for the larger bridge pieces in comparison to the top to bottom size. Lots of sculpting around the instrument perimeter gives the HefFX a smooth and comfortable feel against the torso.

According to the specs on the Willcox Guitars website, underneath the ‘highlight yellow’ polyurethane finish, the instrument body is made of Alder. On to that, a three-piece rock maple neck is bolted with four neatly inset fixtures. Both fretted and fretless models, again referring to the specifications are available with rosewood necks. 24 Frets on this bass, which are tidily installed on to the 14” radius board. The whole neck feels really slim with a low profile ‘C’ neck carve. Easy to navigate without any sense of ‘bigness’. Acoustically the instrument has a familiar character, which isn’t surprising considering what it is made of. However, with any bass guitar, the choice of electronics you have installed make up a huge percentage of the overall character and tone it creates.

So, if you manufacture an instrument that isn’t using what could be considered as ‘normal’ electronics, i.e. what we have come to expect since Leo’s mass-produced machines since 1951, then we can, of course, expect something a little different to excite our eardrums?

Before we dive in, I must preface the start of the ‘tech bit’ as I have in the video to explain that we could not go in to the detail I would have liked to due to not having the outboard electronics that would show off the extended capabilities of this instrument. A real shame as music technology is something I am very interested in.

Willcox has developed a pickup system, as its name suggests, that uses “light beams” to sense the movement of each string individually rather than the magnetic pickup method of having the string disrupt a magnetic field thus inducing a current in its coil. Willcox describe that the magnetic pickup method means that the pickup itself is a huge part of the tone - which of course experience bears that out, or why would we have a multi-million industry in pickup sales? Anyway, I digress. The Lightwave system senses the string vibrations and using active electronics converts this directly in to an output voltage swing. The large bridge pieces house the lightwave units that sense the string movement in front of the bridge saddles. Within the units are also piezo elements that are also used to dial in extra top end should you wish it via Wilcox’s trademarked “IceTone" circuit.

Before plugging in, my immediate thought was that this system would impart a tone that wasn’t a million miles away from a piezo configuration, given the position on the string that the pickup references. To my ear, I feel I was correct in this assumption, but there is more on offer than just a ‘piezo’ tone. It’s actually hard to describe, so the power of HD video here is a huge benefit!!

Controls on the bass are: Master Volume, Bass and Treble Boost & Cut, A semi Parametric mid-EQ offering boost and cut as well as the option of selecting the mid frequency. The afore mentioned IceTone Blend mixes in upper frequencies from the piezo pickup elements. This can not be used on its own; rather it is as an additional layer of ‘flavour’ on top of the core bass tone.

But there’s more! Two switches and a knob next to them offer access to full MIDI capability. You can send bare MIDI information via this pickup system to outboard synths and other devices capable of processing MIDI data. This could mean that you are able to play a piano sound, or a fat synth patch instead of the core bass guitar tone! I would have loved to have demonstrated this to see how the pickup tracks and to see how it gets on with latency due to the amount of processing required to make this all happen. Specifications suggest that it is incredibly fast at tracking. It could have been lots of fun; I play in bands that often cover songs that would have had a synth playing the bass line, this could have been a great option to take along to shows!

On board power comes courtesy of a rechargeable NiMH battery offering 16 hours of play time between charges. You do get a charger included in your bass purchase in a ProTec case along with a set up manual (yes, it’s detailed) and a toolkit.

The core instrument tone we have here for review is full, clear and has a nice bite in the top end.  The onboard equaliser does a great job of being able to sculpt further providing additional depth, especially in the lows that I felt I needed from the bass. I think the jewel in this instrument’s crown would be the MIDI option. Furthermore, I think that given the bridge pickup system, a fretless Saber would be capable of serious amounts of that all important “mwahhh” - heaven!

Rounding up, we have a quality instrument which bucks the trend with a fresh view of pickup technology with aces up its sleeve. If you are exploring your tonal palette, then this could be a new tool to get your hands on. 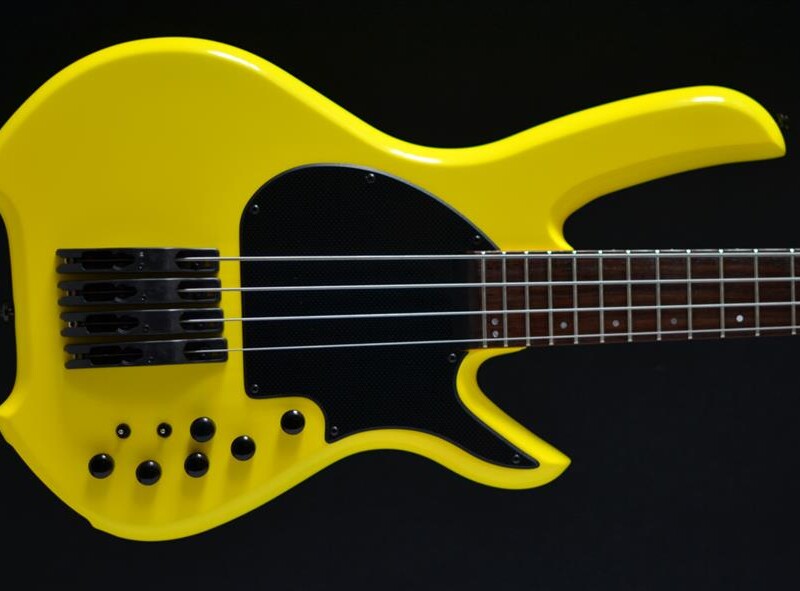