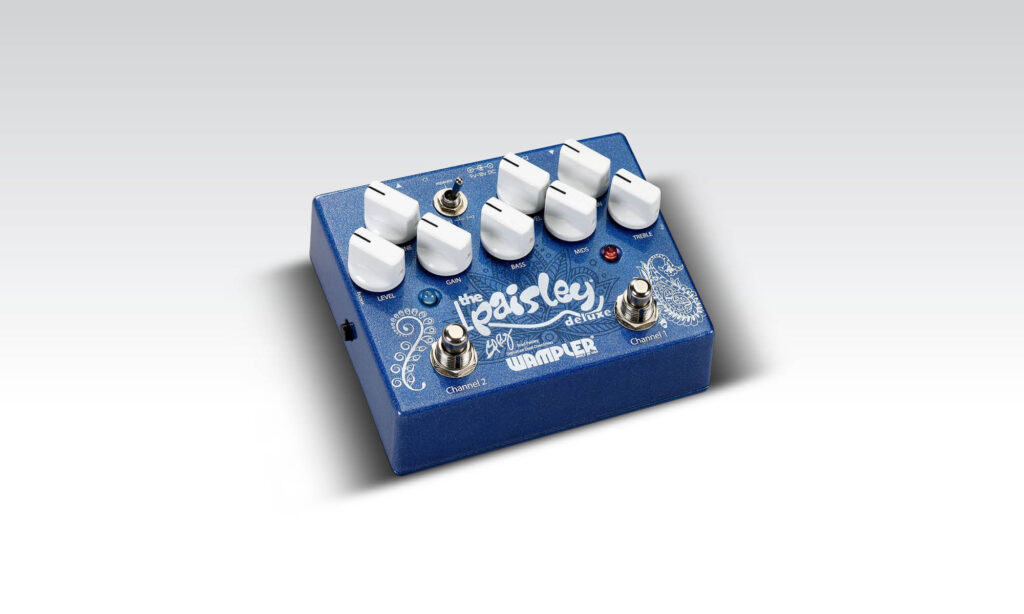 As well as the dual functionality of two pedals in one, the Paisley Drive Deluxe features some ingenious routing and signal flow options, which for me turn this great sounding pedal into a “Swiss army knife” of an overdrive!

It doesn’t come with Brad’s fingers

Legendary country guitarist, Brad Paisley has had a strong tie to Wampler Pedals for some time now, performing and recording with the brand's stompboxes including the AnalogEcho, Ego Compressor and the Underdog overdrive.  Now Brad's signature tone can be available to all in the shape of the Wampler Paisley Drive Deluxe. Jamie Humphries tells us more.

When it comes to tone chasing Brad Paisley is one of those guitar players who constantly look to achieve the ultimate tone. Brian Wampler and Wampler pedals have been helping Brad achieve his tone goals since around 2007 when Brian threw one of his modified pedals on stage at one of Brad’s shows. The pedal had Brian’s phone number written on it, and within a couple of days, Brad’s guitar tech called Brian and the rest is history.

Brad had been using a number of Wampler Pedals as well as his original Paisley drive that was released in 2010. Another of these pedals was the limited edition “Underdog” which Brian produced to help fund a friend’s medical bill during treatment for breast cancer. Many guitarists saw this pedal in Brad’s pedal tray in his rack and requested it to be reissued. Brian was reluctant to reissue the pedal, feeling it was disrespectful to the original cause of why the pedal was first produced. But eventually, thanks to Brad’s constant tone chasing the new dual pedal Paisley Drive Deluxe has been released which features an updated version of the original Paisley drive paired with the Underdog.

The construction of the pedal is based around a dual pedal chassis, similar to both the Dual Fusion and the Hot Wired v2, with a slightly wider rather than taller housing. Channel 1, the red channel features the Underdog, whilst channel 2, the blue channel includes the slightly updated version of the Paisley Drive. Channel 1 features slightly more controls, as well as the volume and gain we have bass, mid and treble controls.  Channel 1 also features a small button on the side of the pedal called “fat” that increases the gain slightly, giving it a little extra push when the pedal is being driven hard.

On the left side of the pedal, we have Channel 2, a slightly modified version of the original Paisley Drive. This channel includes three controls, volume, gain and tone, plus a small button on the side called “voice” that scrolls between two very distinct tone voicings. When the button is pressed in we get a slightly more “scooped” EQ, whilst when the button is out we have more of a “TS” style mid boost to the EQ. The pedal features two of the non latched silent true bypass switches which we see on many of the Wampler Pedals as well as the red and blue lights that indicate when the either of the pedals channels are engaged.

As well as the dual functionality of two pedals in one, the Paisley Drive Deluxe features some ingenious routing and signal flow options, which for me turn this great sounding pedal into a “Swiss army knife” of an overdrive! The top of the pedal features a 3-way toggle that lets you choose the signal flow as either “stacked” or “separate”. There are two stacked settings, either channel 1 into channel 2, or channel 2 into channel 1. On the front of the pedal, we have two inputs, C1 and C2, plus two outputs, C1 and C2.

Depending on how you have these plugged in, and what setting you have the switch set to allows you to drive either C1 to C2, or C2 to C1, making several stages of gain possible, using each channel on its own, or combine the two channels with either of the channels driving the other. Another fantastic routing option is to have the switch set to “separate”, and combining all of the inputs and outputs with either a floor or rack based switching system, resulting in two separate pedals in one unit.

In use, the Paisley Drive Deluxe is everything you would expect from a Wampler pedal; fantastic build quality, silent switching and unsurpassed tone. For the consummate tone chaser, this is a fantastic sounding overdrive unit. Channel one features a very musical and inspiring drive, everything from mild bluesy clipping to full-on high gain saturation, especially with the “fat” switch engaged. The three band EQ is very responsive and finely tuned, enabling the guitarist to dial in a myriad of very musical drive tones, to suit any guitar and any rig.

Channel two has more of an “amp” style overdrive, with a very wide gain range. Although this channel features a single tone control, this control is well tuned for a broad tonal sweep. The tone control is also dependant on the position of the “voicing” switch. With the switch in, the tone is more scooped, reminiscent to Brad’s old “Trainwreck” head. With the “voice” button switched out we have more of a midrange “hump” in the EQ, voiced like a classic Japanese “Green” overdrive on steroids.

When stacking the pedals you can drive either of the channels; one to two, or two to one. This option really adds another dimension to your tone. You can have different types of overdrive that can then be pushed harder into a more saturated tone. I love to set up a straight ahead drive on channel one, great for rhythm and mild lead, but then set channel two as a boost, dropping the gain but pushing the output level. With this application you can push channel one from drive into a smooth distortion, using channel two’s tone and voice setting to notch out any unwanted frequencies when driving the gain stage of channel one. The options are endless, making this a very versatile and inspiring overdrive unit.

To sum things up I loved this pedal so much that I ended up buying it after filming this review! I’m currently on tour in Europe for two months, and the Paisley Deluxe is the heart of the gain stage of my fly rig. This pedal works great on a totally clean amp, or on a driven amp. I’m currently using it with a Mesa Mini Rectifier, with my main rhythm a combination of the “pushed clean” channel with channel two of the Paisley drive for a very musical mild gain tone. I highly recommend this pedal, and it would be a great addition to any guitar players rig who is looking for a wide range of drive tones, from mild bluesy grit to more modern saturation. 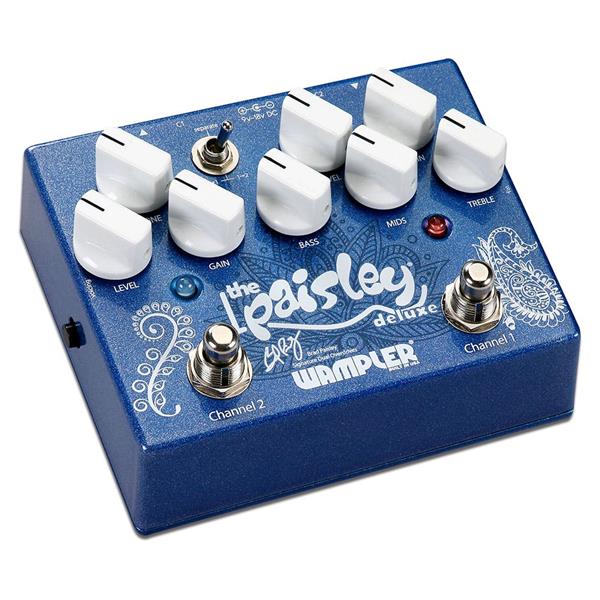 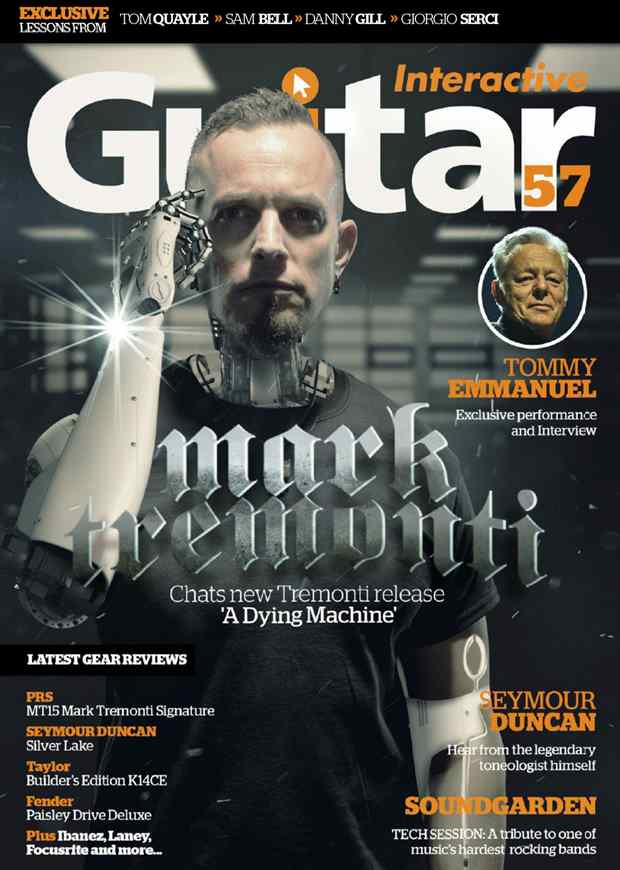