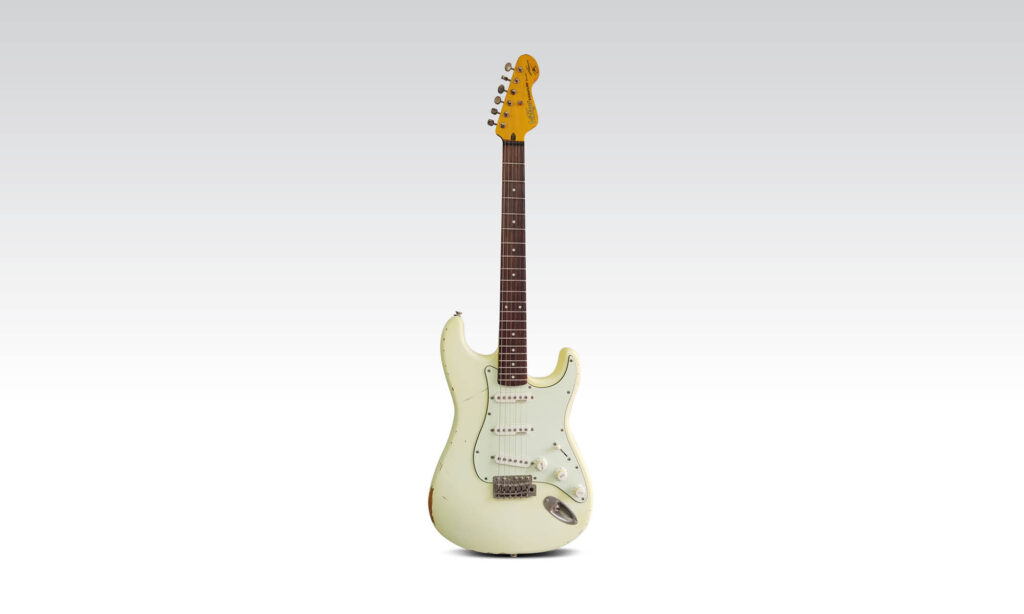 “Relic” finishes aren’t for everyone.

Over recent years, many guitar enthusiasts (including ourselves) have admired the virtuosic electric guitar style of Thomas Blug. So when it was announced earlier this year that he would be teaming up with Vintage to launch a new signature model, we jumped at the chance to take a closer look. Nick Jennison gives us the full rundown.

German guitar maestro Thomas Blug knows a thing or two about gear. As well as being the mastermind behind the hugely popular BluGuitar Amp1, Blug is an award-winning Strat player with a number of accolades to his name, including being crowned ‘Strat Player of the Year’ by Fender in 2004.

The latest product of Blug’s long relationship with Trevor Wilkinson’s Vintage Guitars, the V6 Thomas Blug Signature guitar is based on Blug’s personal 1961 white Strat, but it’s much more than a straight copy of a classic design. There are a whole host of clever “player’s” mods that are the product of Blug’s considerable experience and Wilkinson’s engineering wizardry.

The guitar itself is made of American alder and features the kind of deep contours found on pre-CBS Fenders, and finished in a heavily distressed white. We won’t get into the “relic: yea or nay?” discussion here, but this is easily one of the ageing jobs I’ve seen on an “affordable” guitar. One slight criticism is that the bare wood on the body is a little too clean, and could stand to have some dirt rubbed into it to look truly authentic - although that’s something that will happen naturally as you play this guitar more and more. By contrast, the maple neck is aged very convincingly, with dirty grey bare maple on the bits where your thumb/palm would make the most regular contact.

Speaking of the neck, it’s a very comfy affair with a soft and slim “C” profile and a 7.5” radius fretboard. If you’ve never tried a vintage fretboard radius, you should: it’s wonderfully comfortable for chordal work, especially with thumb-bass chords, and as long as you keep the action at a sensible height you won’t find any issue with bends fretting out. This guitar also features a very popular strat mod amongst rock and blues players - jumbo frets. While the spec sheet describes them as “medium”, they’re anything but! Tall and fat with a rounded crown, they feel superb for wide bends and frenetic lead work. I just wish there were 22 of them!

The tremolo system is an absolutely exceptional one. Wilkinson tremolos are widely regarded as some of the best in the world, and the one found on this guitar is a sterling example. In addition to friction-free dives and wobbles with perfect pitch accuracy, it’s set up to pull back in near-perfect intervals of 1, 2 and 3 semitones! This is a trick that players like Carl Verheyen have been using for decades, but to find this setup on an affordable guitar out of the box is staggering, and a testament to the care that goes into setting each one of these instruments up.

The cleverness continues with the electronics. The pickups are true single coils, and they’re full and chimey with all the body of a good 60s set, but there’s also a switchable dummy coil hidden under the pickguard that can be engaged with a push/push switch on the second tone pot. When its switched on the pickups, lose a tiny bit of their character and edge, but it also kills any atmospheric hum and buzz - essentially giving you the best of both noise-cancelling pickups and true single coils. There’s also a treble bleed capacitor to preserve your high end when rolling back the guitar’s volume, and the first tone control acts on both the neck and bridge pickups simultaneously - all very useful mods that this guitar sports as standard!

The Vintage V6 Thomas Blue Signature is a real “player’s” instrument at a very attractive price! It’s brimmed with clever features, it looks great, it plays great, and it has one of the best trem systems I’ve ever played! 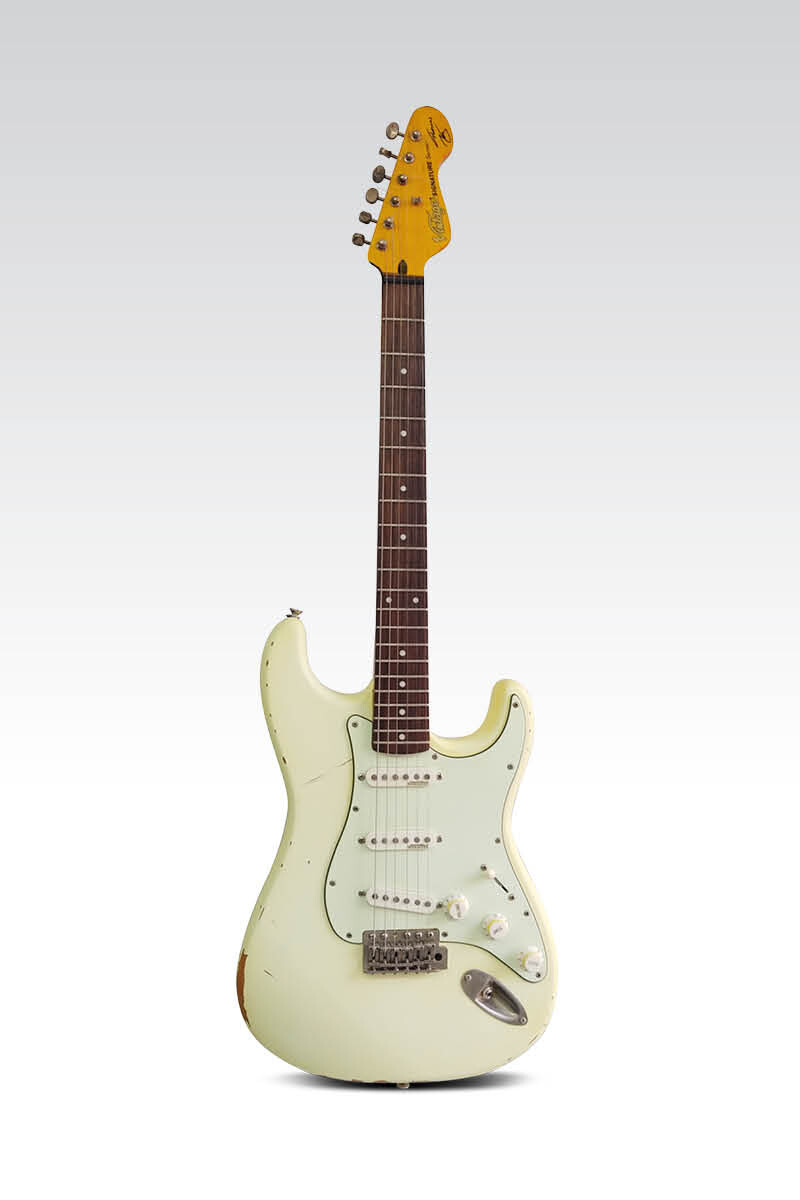 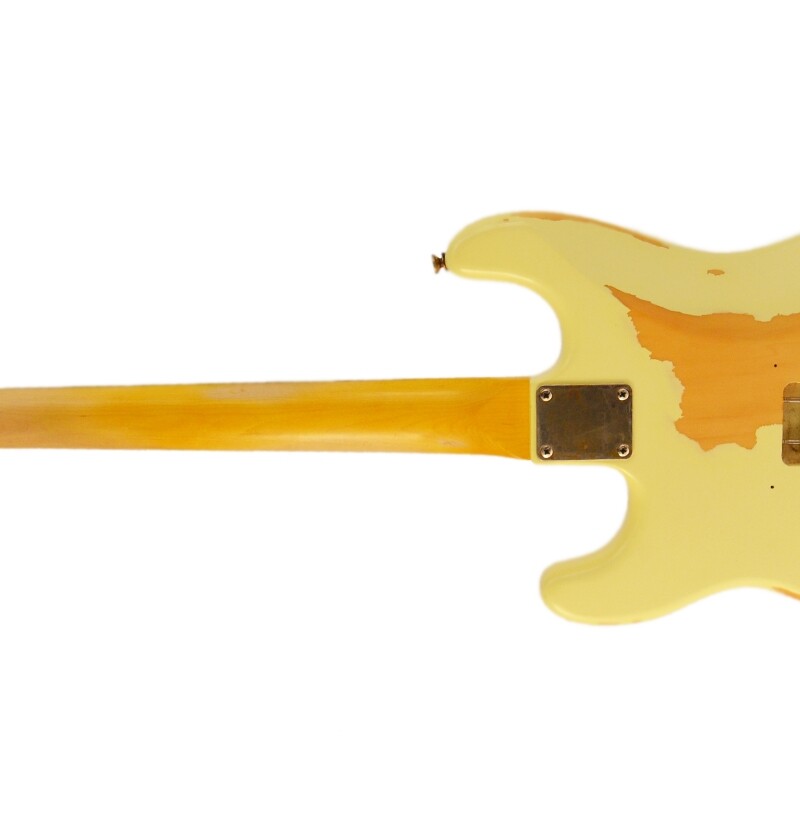 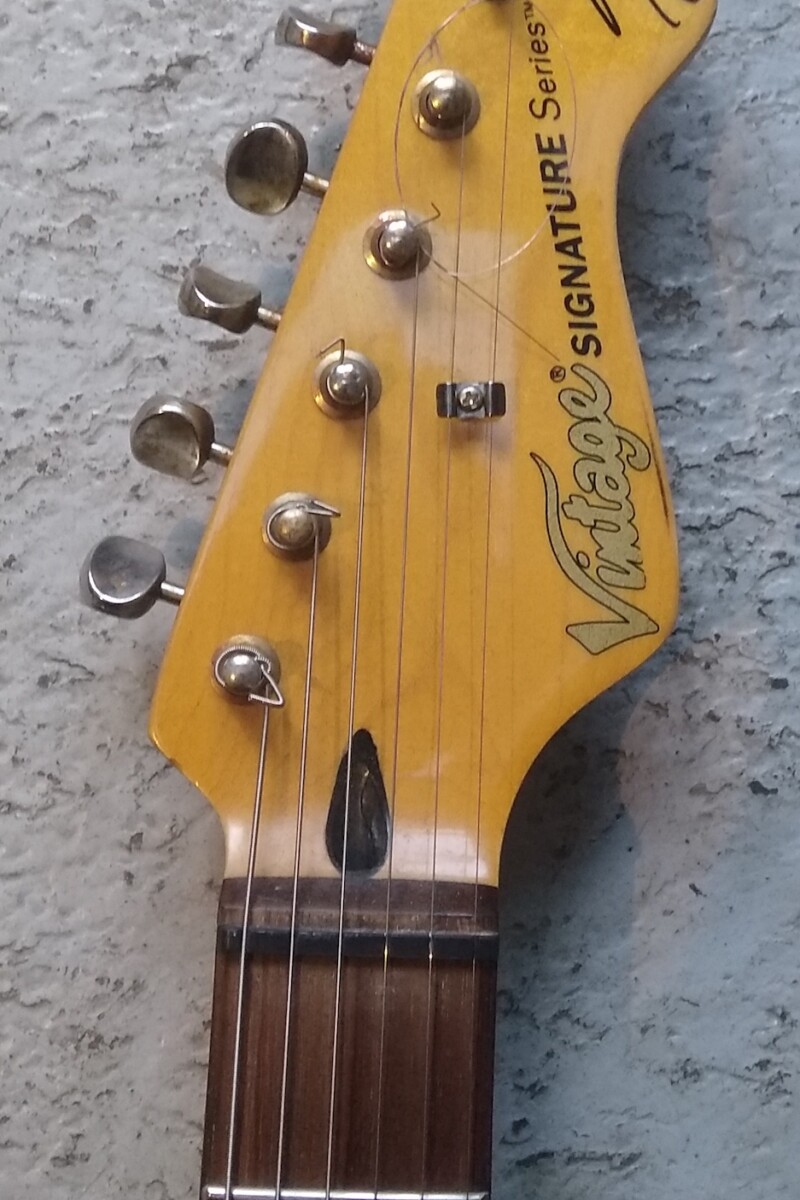