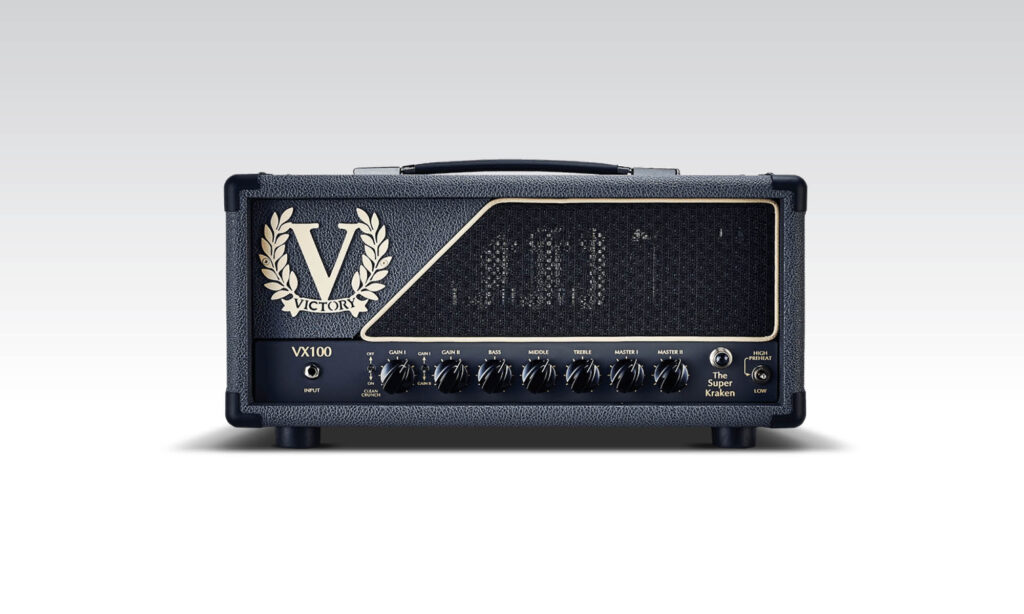 The Victory VX100 Super Kraken is a tonal powerhouse with a wealth of superb rock and metal tones, and a bunch of clever features for the modern player - and it does it all with a beautifully simple 7-knob control layout. Highly recommended.

Clean channel might not be sparkly enough for some.

As soon as Victory Amps announced the VX100 The Super Kraken, our regular contributor, Nick Jennison demanded we have a look at one as soon as possible...and with good reason. The new 100-watt, dual-channel, three-mode, 4 AX7/4 6L6-loaded head expands on the company’s Compact Series VX The Kraken and it may be one of the best amps on the market today.

Let me declare my interest up-front: I’m a Victory Amps artist, so feel free to filter everything in this review through that lens. I should also state, however, that the VX100 Super Kraken is the amp that made me consider retiring my beloved Mesa Mark IV after so many years.

The VX100 is the bigger, more feature-rich sibling to the VX “The Kraken” - part of Victory’s ac-claimed Compact series of lunchbox-format heads. Designed in collaboration with Rabea Mas-saad, The Kraken eschewed a clean channel in favour of two flavours of high gain: JCM-inspired

In keeping with the other amps that bear the “Super-” prefix (The Super Countess, and the new Super Duchess), the Super Kraken is a larger format, 100-watt head with a number of extra features that set it apart from the lunchbox version. The Super Kraken retains the two high gain voices from the VX, but introduces a new “clean” mode, as well as a switchable “preamp focus”. The preamp focus is an FET-based mid boost that’s akin to engaging a tubescreamer. It rolls off some lows and highs, adds a little saturation and focusses the mids for a more vocal delivery.

The clean mode is a very warm, British-voiced clean with some breakup creeping in even with the gain set as low as 12-o’clock. There’s a slight mid scoop, but the highs are rounded and fat rather than sparking. If you’re into Fender or Mesa cleans, this mode might feel a little shrouded, but it really excels is as a pedal platform. The front-end compression and warm voice absorbs fuzzes, boosts and overdrives with grace, and none of the shrillness or scratchiness that can plague brighter clean amps. Pushing this mode with the preamp focus yields a throaty, Texas-approved blues tone, especially with single coils. It’s also a great way to help mid-scooped muff-style fuzzes punch through a mix.

Switching to Gain 1 offers up loads of classic British gain, but to my ear it’s more akin to the bass input on a plexi than a JCM800/900. The voice is very fat and thick with a huge low end and relaxed highs. There’s still plenty of midrange growl and purr, but there’s none of the harshness that these classic Marshall designs can sometimes exhibit. The preamp focus pushes things into more of that “modded Marshall” territory, with a sweet vocal sustain that’s ideal for classic rock soloing.

Gain 2 is a different animal, with tighter lows, more searing highs and an upper mid grind that’s perfectly refined for modern rock and metal styles - it’s gritty enough to be aggressive, but not loose or abrasive. The tighter lows help baritone guitars and extended range instruments stay tight and percussive, and there’s a killer “haze” on sustained power chords. While this channel is inherently slightly scooped (especially compared to the thick voice of Gain 1), engaging the pre-amp focus brings out the midrange vowel and smoothness that’s immensely gratifying for soloing, and further helps articulation on complex single-note riffs.

In addition to the crazy level of tonal versatility on tap, the VX100 has a few other tricks up its sleeve, including MIDI switching. It took no less than a year to implement this from the Super Kra-ken’s “soft launch” at NAMM 2018, and it was definitely worth the wait. Using any MIDI switcher, the player can switch between all three channels, both master volumes and turn the preamp focus and FX loop on and off - all on a per-preset basis. This is a dream come true if, like me and legions of guitarists out there, you use a MIDI-enabled pedalboard switcher like a Boss ES-8 or a GigRig G2.

The VX100 also carries over three key features from the VX - switchable master volumes, a low power mode and a poweramp “bass focus” switch. Lead designer Martin Kidd popularised footswitchable master volumes with his Cornford masterpiece the MK50, and it’s en incredibly useful feature for the gigging player. The three channels are very well matched in terms of level, so the second master can be used as a volume boost for poking your head over the mix. Speaking of volume, there’s lots of it! Even the at 30 watts, you’ll struggle to get the Super Kraken up beyond half volume at most gigs. What the low power setting does provide is a different feel, with more purr and grit in the midrange, while the high power setting is smooth and punchy even at crushing volumes.

Lastly, the poweramp focus cuts a significant amount of low-end fatness across all three channels. With it disengaged, the amp sounds massive with huge amounts of bass on tap. Engage it, and the sound is tight, muscular and articulate. As a rule, I prefer it engaged for recording and playing in bands with two guitars, but disengaging it is super gratifying on for playing alone, in a power trio, or at lower volumes.

The Victory VX100 Super Kraken is a tonal powerhouse with a wealth of superb rock and metal tones, and a bunch of clever features for the modern player - and it does it all with a beautifully simple 7-knob control layout. Highly recommended. 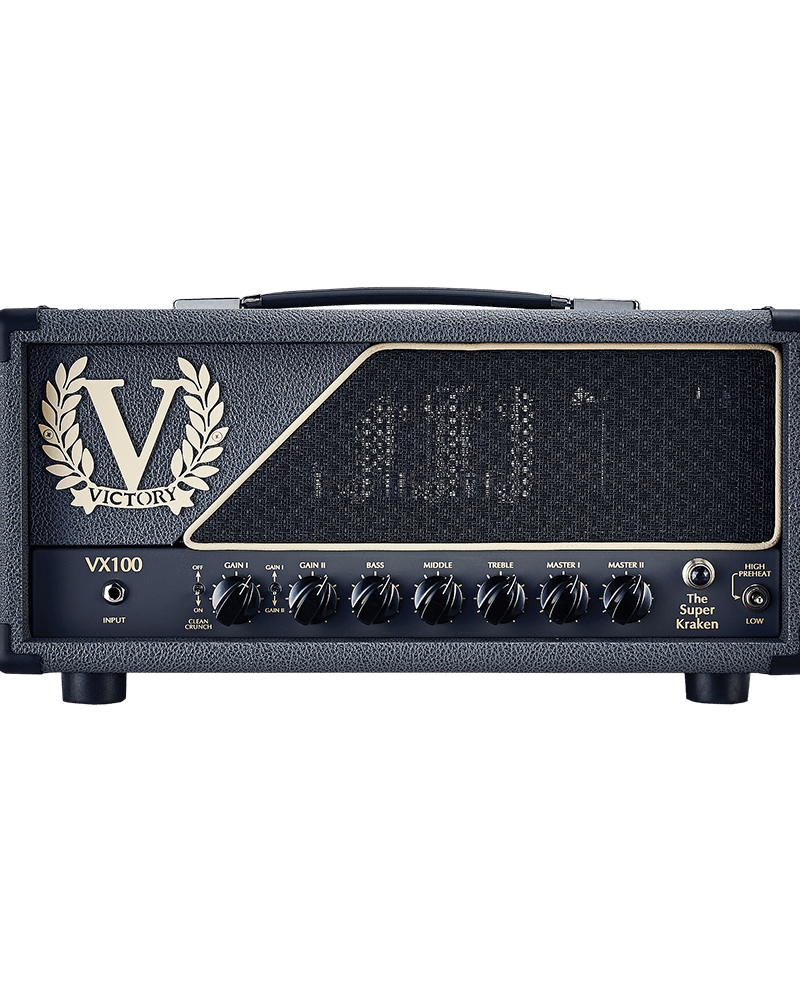 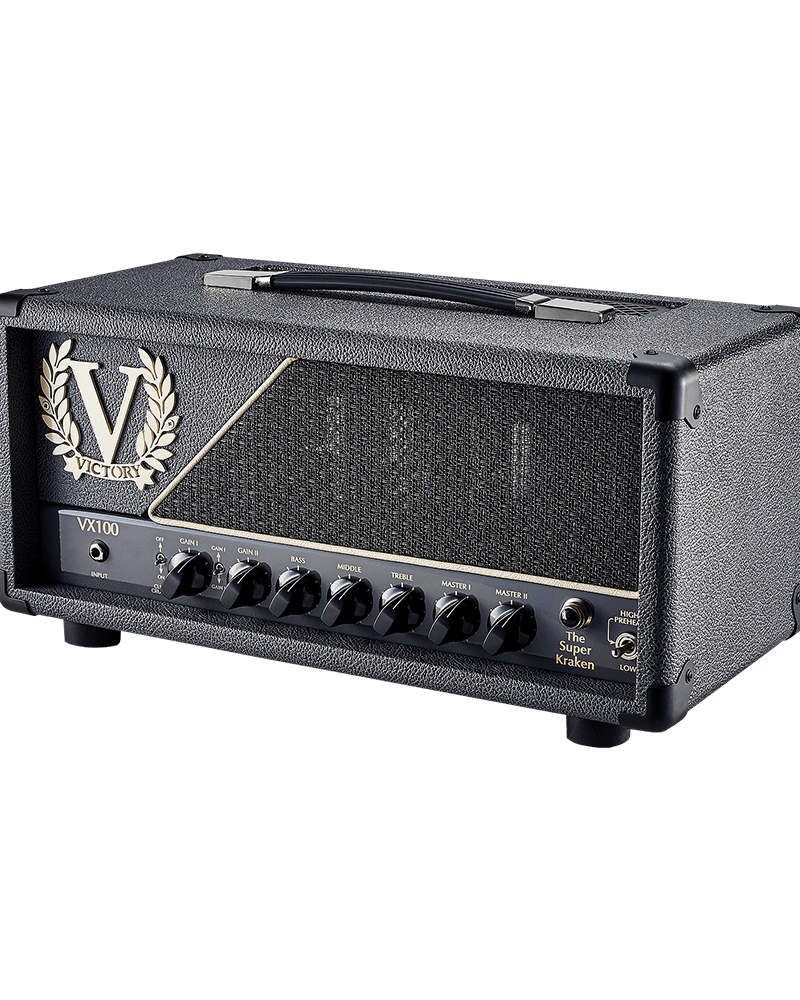 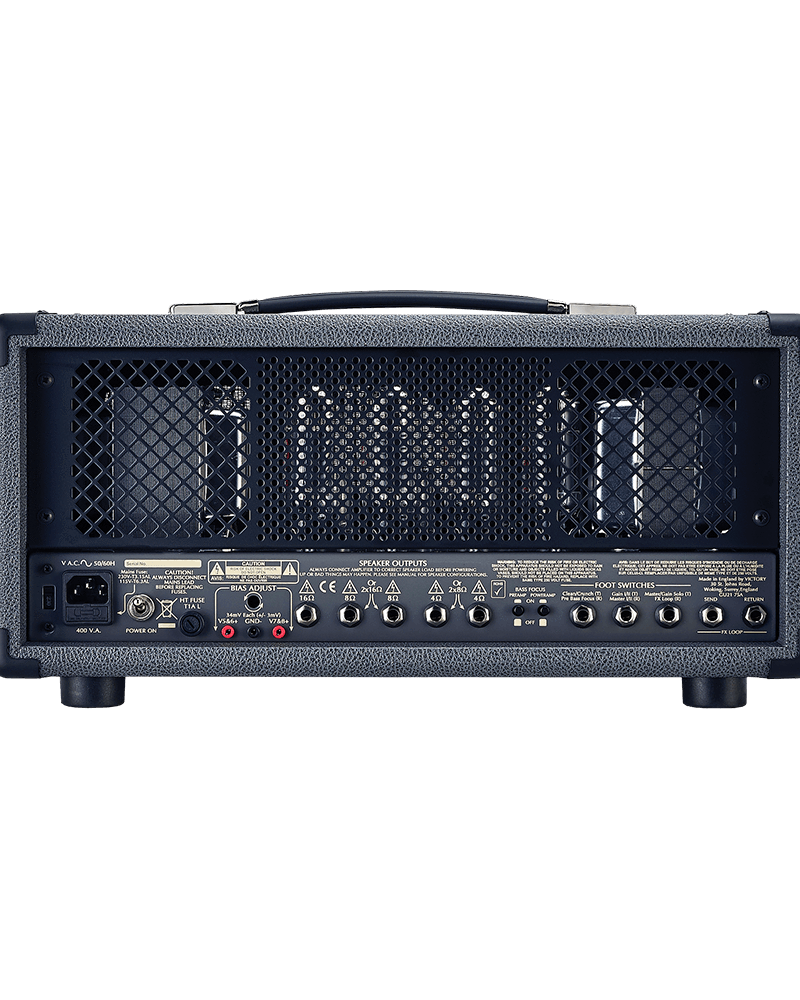