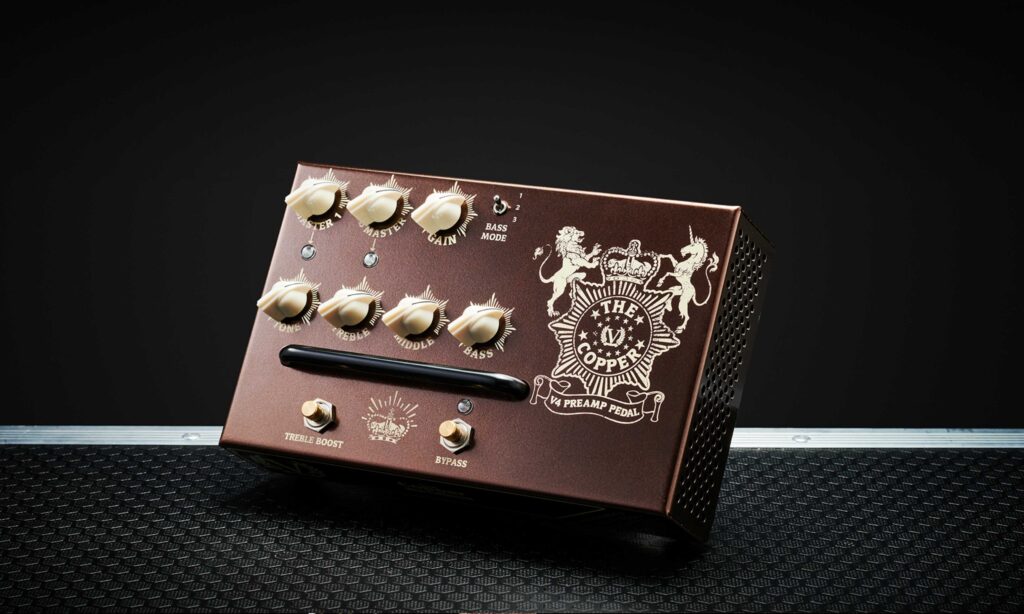 Based on Victory's 2019's Copper amplifier, the Victory V4 Copper Preamp pedal is designed to sound like the chime and rock of the late-1950's British amplifiers. Chiming EL84 cleans, expressive mid-gain sweetness and rich classic rock roar are packed into this pedal for exceptional all-valve overdrive. Just like the rest of Victory's V4 Preamp range, the V4 Copper can be used straight into the front of your amp or recording interface, or alternatively use it in conjunction with your amp's FX loop to bypass the front end of your existing amp for a whole new sound experience. Nick Jennison tells us more.

Every once in a while, a product comes along that just makes you go, "I need one of those". While it's no secret that I'm a bit of a Martin Kidd fanboy, their V4 line of preamp pedals is just such a product. While they are essentially "amp in a box" pedals, they differ from typical offerings of this type in two key ways: Firstly, they're powered by four legit, high voltage preamp valves; Secondly, they don't use EQ to try and make your Deluxe Reverb sound like a Plexi (or whatever amp you have and are trying to emulate) - they completely replace your amp's preamp at the touch of a footswitch.

It's basically like adding two extra channels to your amp. If you have a clean amp and want some legit British grind, the V4 Sheriff will do that. If you have a high gain monster and want a great clean and lead tone to compliment it, the V4 Jack (formerly the V4 Countess) has you covered.

The V4 Copper is the latest addition to the series, sporting the same preamp circuit as the hugely successful Copper and Copper Deluxe - Victory's AC-inspired line of amps. In essence, it gives you an idealised version of the AC-30 sound (with Victory's signature fatness) from any amp, with the addition of a built-in treble booster for that classic, vocal "Rangemaster-into-AC30" tone made famous by the likes of Rory Gallagher and Brian May.

Features-wise, it's pretty simple on the surface, with a shared gain, tone and three-band EQ, along with independent volume controls for the normal and treble boost sides. There are two footswitches - one for engaging the treble booster, another for bypassing the pedal. If you're hooked up using the four cable method, then bypassing the V4 Copper will give you your amp's tone completely unmolested, while engaging the pedal will completely bypass your amp's preamp stage. There's a jack for remote operation (be it with a simple footswitch, a pedalboard switcher like a Boss ES-8 or GigRig G2/G3, or as part of a more elaborate rack setup) and a three-way "bass mode" switch that cuts some of the low end into both channels, just the treble boost channel or neither.

Plugging in through the normal, non-treble boost channel, the tone is every bit as complex and chiming as you'd expect. It's clean most of the way up, with a little bit of Bryan Adams crunch available at the top of the gain range. The tone control will take you from a smooth and round voice that's perfect for blues soloing through to '80s U2 chime with that instantly recognisable harmonic structure. With the bass mode switch in position one, it's much fatter in the lows than the typically lean AC-30 tone (making it a great base for all manner of drive pedals), but if you want that authentically "tucked" low end, then switching to "Bass Mode 2" will give it to you.

You'd be forgiven for thinking the Treble Boost switch would give you something reminiscent of an AC-30's "top boost" channel, but in actual fact, it engages a built-in treble booster that's tonally reminiscent of a Rangemaster in that it's chewy, vocal and incredibly responsive to your pick attack. If you're looking for Brian May's iconic lead sound, this will get you pretty close, but it's also a killer voice for classic rock riffing and bluesy solo lines - especially with a slide. With the gain maxed out and a humbucker-equipped guitar, it can get a little muddy, but cutting the lows with the Bass Mode switch completely cleans this up without ever being thin or harsh - it's tuned just perfectly.

In terms of integration with your existing rig, the V4 Copper is on the large side for a pedal, but when you compare it to bringing an extra amp to the gig/session (along with the variety of devices you'd need to switch that amp in and out of your chain), it's a no-brainer. It's also very power-hungry, needing a 12v 800mA supply. You can run it off the included wall-wart, but there are a number of commercially available power supplies that will power the V4 from the likes of Strymon, Cioks and Voodoo Lab - although you will likely need to chain two 12v outputs together with a current doubler.

Like any AC-type tone, the V4 Copper is at it's most authentic through Alnico speakers, but it also sounds killer through Greenbacks, Vintage 30s or any standard guitar speaker you may be used to. This is crucial because while Alnico Blues may be the gold standard for AC tones, they're expensive, only handle 15 watts each and sound pretty dreadful for many higher gain applications (including many higher gain pedals like fuzzes). This way, you can combine your main amp with whatever speakers flatter it the most and use the V4 Copper for that killer AC-30 flavour, regardless of which cab you're using.

The Victory V4 Copper is without question the most convenient way to add that must-have AC tone to your existing rig. It'll cover everything from Bryan Adams to Brian May, by way of Rory Gallagher and The Edge. It costs way less than buying another amp, and it integrates beautifully with any modern guitar rig. You owe it to yourself to check one out. 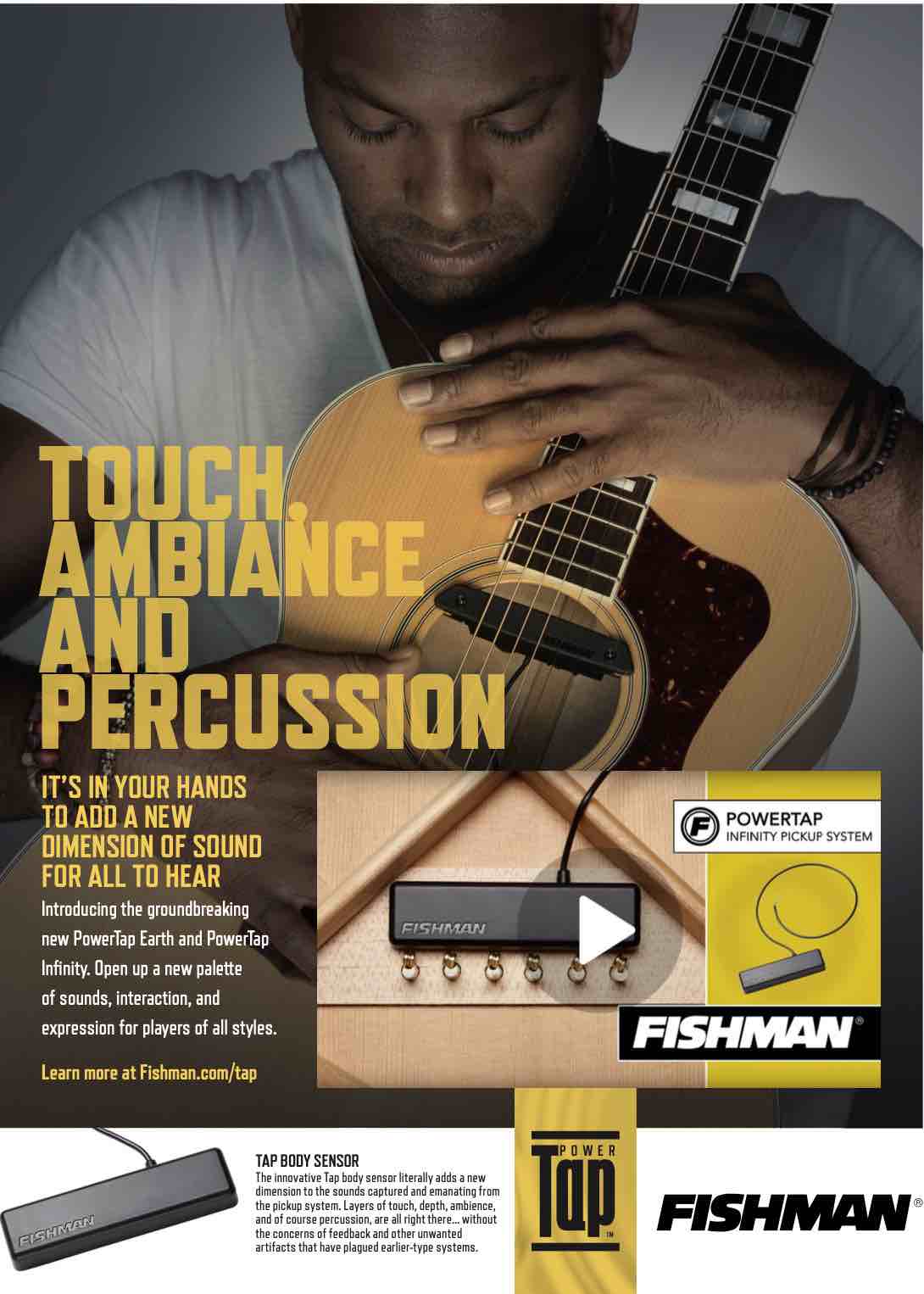