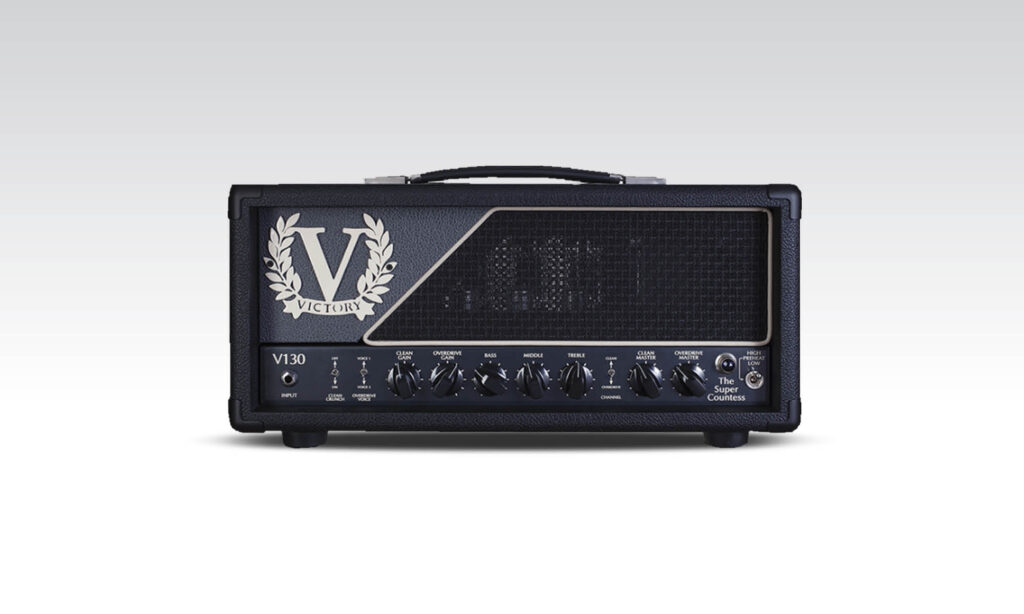 Three distinct gain voices, from lean and mean to thick and fat.

Maybe too smooth for some metal players.

From their inception, Victory Amplification has been associated with the almighty Guthrie Govan. A longtime user of Martin Kidd's creations (way back to their days working with Cornford), the Victory V100 was Guthrie's weapon of choice when touring with Steven Wilson - a gig where only the best would do! Of course, flying a large format 100 watt head around the world isn't exactly practical for Guthrie's work with as a sideman, a clinician, or touring with The Aristocrats. This led to the birth of the V30 "The Countess" - the first amp in Victory's immensely popular Compact series.

The V130 "Super Countess" is essentially the V30 on super-soldier serum: it's the same amp at its core, only bigger, louder and more muscular. Boasting a full 100 watts (switchable down to 30) from four 6L6es with four modes across two channels, the Super Countess is also significantly more versatile than the amp that inspired it (although these new modes are now included in the V30 MKII).

The clean channel is an interesting beast. It gives the audible impression of being a super high headroom "cleaner-than-clean" sound, thanks to the slight midrange scoop and wide-open high end. The play feel is quite different though: there's quite a lot of compression, even at the lower reaches of the gain control, and it's far from the excessively dynamic cleans found in silverface Fenders and older Mesa/Boogies. Flip the "crunch" switch, and you're rewarded with a thick and textured overdrive that has more than a hint of JCM800 about it, only significantly thicker in the lows and low mids.

One of the biggest criticisms of the original V30 was the excessive thickness and low end of the overdrive channel. While this voice is superb for extremely fat single notes, it can be a little bloated for rock (and especially metal) rhythm work. To this end, the V130's overdrive channel features two distinct modes - voice 2 being the original ultra-thick tone, while voice 1 is a leaner, more aggressive sound taken from the VX "The Kraken" head. This new voice cuts out a significant amount of low end, revealing a great upper midrange growl, and it's sonically very close to the "crunch" mode. These two modes are foot-switchable, so you could (for example) use voice 1 for tighter rhythm work and voice 2 for fatter-than-fat lead lines - or the opposite, to make your leads pop with the greater articulation that voice one offers.

While some may scoff at what is essentially a 4-channel amp with a single shared EQ, the Super Countess is exceptionally well balanced across its four sounds, both in terms of volume and tonal balance. The two channel masters are actually a little superfluous in my experience, and I feel as though most guitarists would get more mileage out of two footswitchable master volumes (like the ones found on the Kraken/Super Kraken). The only potential balance issue is when using extreme settings of the clean channel's gain control, which can result in overly quiet or overly loud clean sounds relative to the crunch mode.

With four distinct modes and a massive 100 watts of power, it's hard to imagine a gig that the Super Countess couldn't handle. The 7-knob control layout prevents option anxiety, and the sounds are so well balanced that it doesn't feel like a limitation. If you need to cover a lot of tonal ground, the V130 might be exactly what you're looking for. 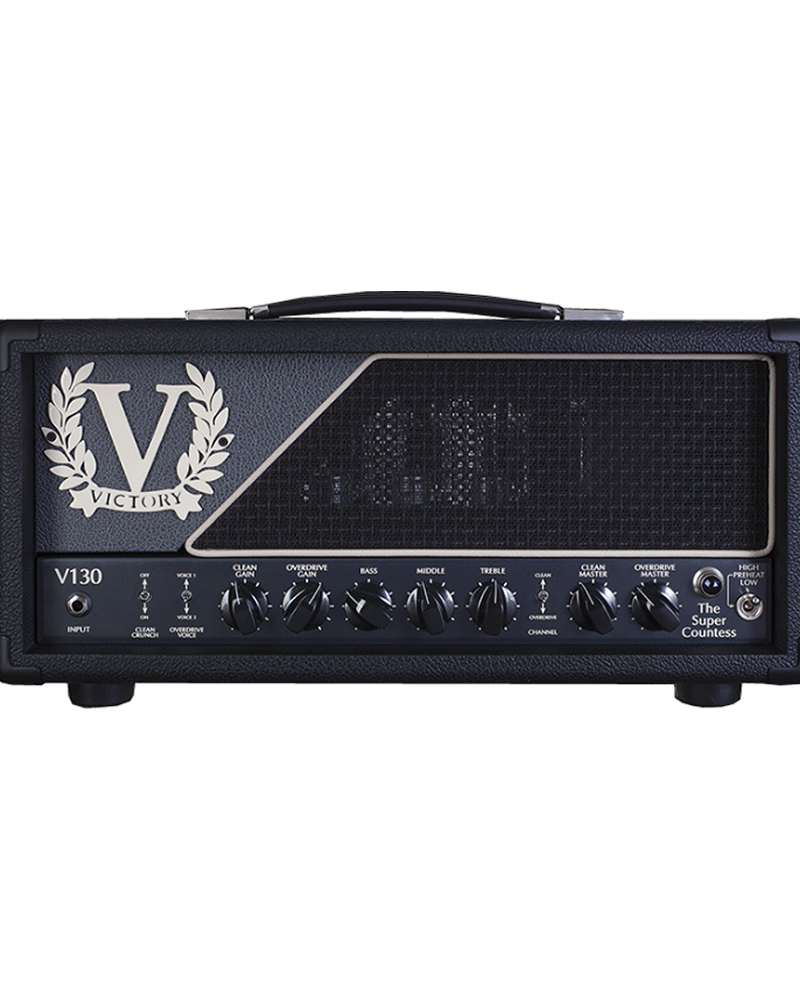 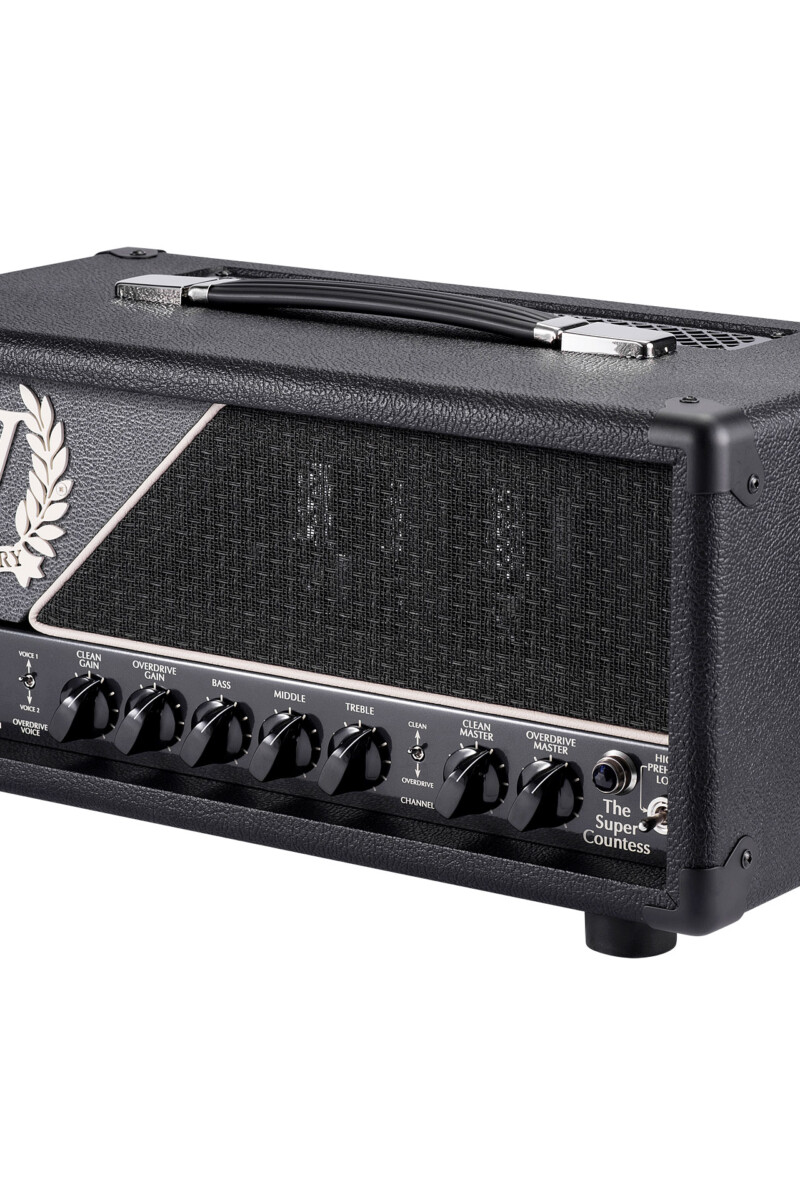 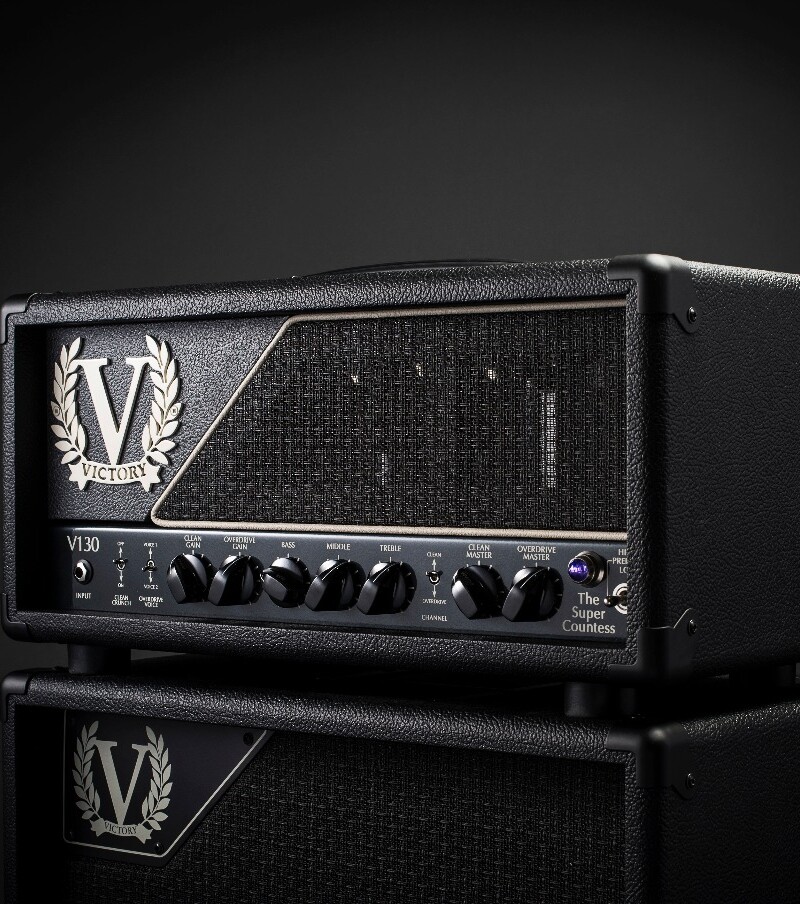