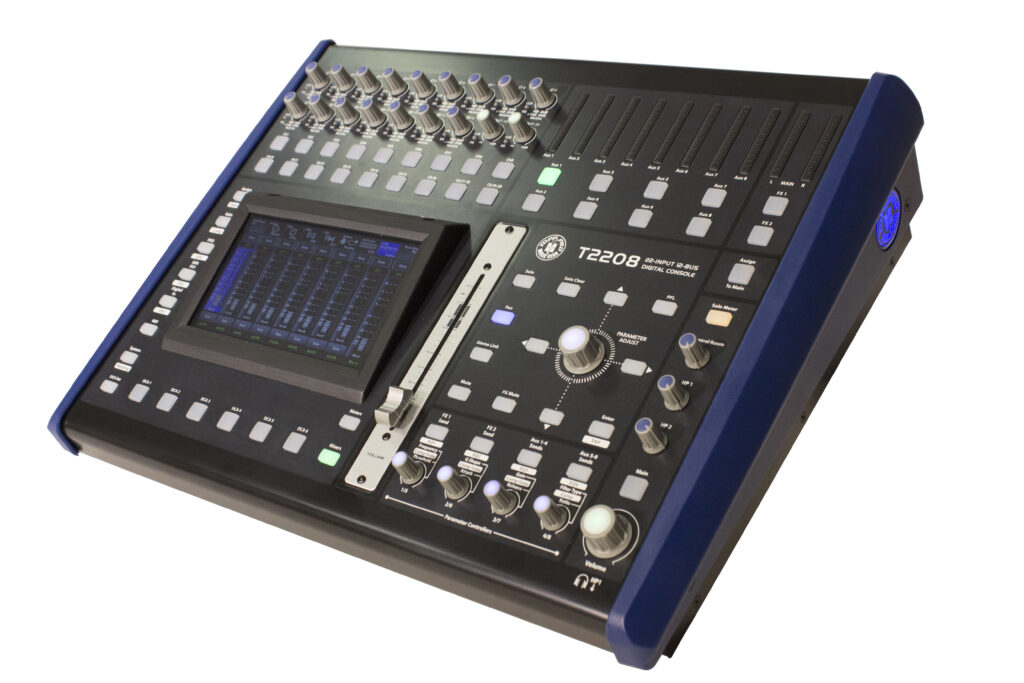 The Topp Pro T2208 is a very fine compact digital mixing console that delivers an excellent array of features and facilities at an extremely attractive price point for what is on offer.

Topp Pro makes its GI debut with a fascinating and affordable digital mixer. Bob Thomas meets another mixer that threatens to topple analogue consoles from even the most modest venues.

Topp Pro Music Gear is a relatively new name to the market whose full range of PA products is being distributed in Europe by Italy's Proel. The company recently launched the T2208, a compact 22-input, 8- aux, 1-main stereo output digital mixing console that features a user interface that is accessed via a combination of 7” colour LCD touchscreen, a 100mm motorised fader and more hardware switches and controls than are normally found on small digital mixers at its price point.

The T2208 carries 16 mic/line analogue inputs on XLR/TRS jack combination connectors and two stereo line-level inputs on paired TRS jacks. Analogue insert points are available on the first eight channels and phantom power can be switched on an individual basis to each XLR mic input. A channel can be selected via its individual Select buttons, at which point all its parameters, other than the signal present/clip LED that sits next to its hardware gain controls, are adjusted and programmed on the touchscreen via a series of screens.

The individual screens for a channel can be accessed either through on-screen soft switches or through the hardware buttons that sit to the left of the screen. How the channel’s parameters are adjusted depends on the selected screen but, in general, you usually have the option of working both on the touchscreen and also in hardware. The same holds true for all the screens relating to the aux and main stereo outputs. This control combination of hardware and touchscreen is extremely well thought-out and makes the T2208 extremely fast, accurate and easy to operate when compared to other small digital consoles that rely on an entirely touchscreen-based control paradigm.

The T2208 is also well equipped when it comes to analogue outputs. In addition to the TRS jacks for the eight aux outputs and the separate left and right XLRs and TRS jacks of the main stereo out, the console also carries a pair of TRS jacks for its control room out and two stereo headphone outputs.

The T2208 comes as standard with an Ethernet/USB module sitting in the separate module bay. This module allows for remote control and firmware updating of the TT208 via either of the two protocols. Topp Pro also supply an excellent free iPad app that gives you remote control of the T2208 over WiFi, however that requires the purchase of the optional WiFi module 67, which you then install in place of the standard USB/Ethernet module.

The T2208’s touchscreen is where all the console’s parameters are displayed and is essentially where everything happens. With the exception of the overall view of the overall mixer meter view (which shows the signal level, fader position and any compressor limiter activity for every input and output on a single screen) every screen has something that you can work on, be it for a channel, channel assignment, gate, compressor, parametric EQ, graphic EQ, internal FX1 and FX2, mixer routing, system/setup or the paged large fader view.

To make the necessary adjustment you can, depending on the selected screen, use the touchscreen itself and/or (in hardware) the large Parameter Adjust continuous encoder, the 100mm motorised fader and the four smaller Parameter Controllers that are dedicated to EQ, gate, compressor, sends for FX 1 and FX2, sends for Auxes 1-4 and sends for Auxes 5-8. Virtually every on-screen parameter that you will want to adjust can be accessed by two button presses either on the touchscreen or on the physical console surface and this flexibility is what makes the T2208 such a speedy console to operate.

As with any digital console, there is a learning curve to negotiate when you first come into contact with a T2208 however, perhaps down to the clear graphics of its touchscreen and the clarity of its front panel layout, the T2208 seems easier to get to grips with than most. Although it is a complex console, the T2208 is not a complicated unit to operate – although I would advise a careful study of the manual (available from Topp Pro at http://bit.ly/2r9Na3D) as there are a few little operational quirks to get to grips with - as there are with every single digital console that I have worked on.

When it comes to the features and functions of its internal 32bit, floating point DSP, the T2208 is extremely well specified at its price point. Its channel EQ is 4-band fully parametric with both high and low pass filters. Each of the four bands can be configured individually to be parametric, high-pass, low-pass or band-pass – a feature that I haven’t found on many other consoles at any price point. The 32-band graphic equaliser is only available on the main and aux outputs – which is where you need it in a live situation. The gate and compressor have every control that you’d expect to find, giving you complete control of your channel and output dynamics. The twin FX engines each feature three reverbs, a mono delay, a stereo delay, a tremolo, a flanger, a chorus, mono and stereo reverbs with room reverb, a stereo chorus with reverb and a rotary speaker simulation with reverb – a good practical selection, each of which has a comprehensive set of parameters to tweak to set up just the effect that you want.

Once you’ve been through everything and got each input channel and output bus exactly where you want them, you can save their DSP settings as a full-console “scene”, and/or as individual channel and bus presets for future use. You can also save any FX and graphic EQ settings as individual presets.

With all that DSP flexibility at your fingertips, I think that it’s unlikely that there’s much that you can’t do with the T2208, be it live sound or recording. Personally, I’d have liked to have seen the console arrive already loaded with a bunch of good presets to give new users points to start from as, from my experience, these make it much easier for non-expert engineers to get good sounds straight away.

In the end, no matter how good the user interface, the DSP facilities etc., it all comes down to sound quality and the T2208 certainly doesn’t disappoint in this area. The T2208 is a good example of the high performance level being delivered by the present generation of cost-effective compact digital consoles, and I’d be more than happy to take this rather fine little mixer out on the road with me.

The Topp Pro T2208 is a very fine compact digital mixing console that delivers an excellent array of features and facilities at an extremely attractive price point for what is on offer. The killer feature is its ease of operation and the well-designed user interface that allows you to access all the parameter controls for its DSP simultaneously via both touchscreen and hardware controls, making adjustment both simple and quick.

The basic T2208 leaves out features (remote control over WiFi and multitrack recording) that have become standard in many of its close competitors, but adding these options isn’t overly expensive and a little negotiation with your friendly local Pro-Audio dealer might well reduce the additional cost significantly.

So there it is – the Topp Pro T2208 – a great little mixer that offers a lot for both live and (with the T32 multitrack audio interface option) recording markets. But don’t just take my word for it – get down to your local pro-audio dealer and take a listen! 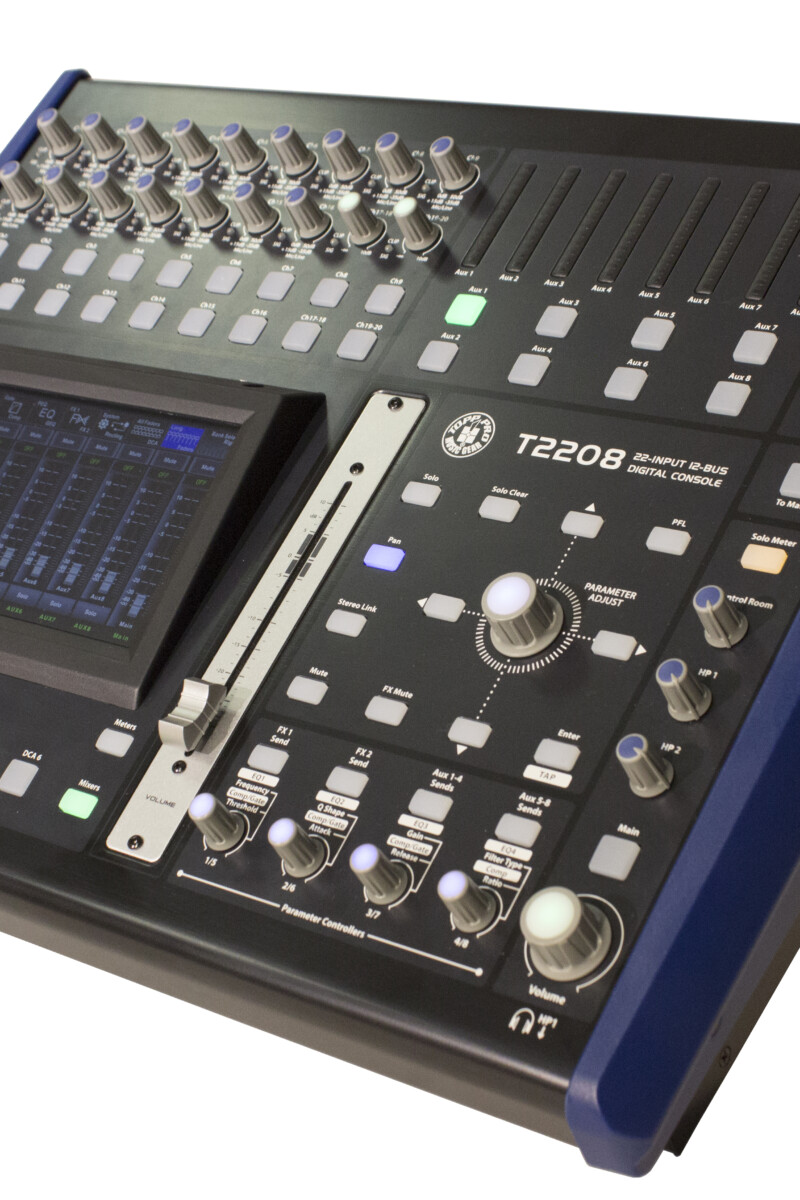 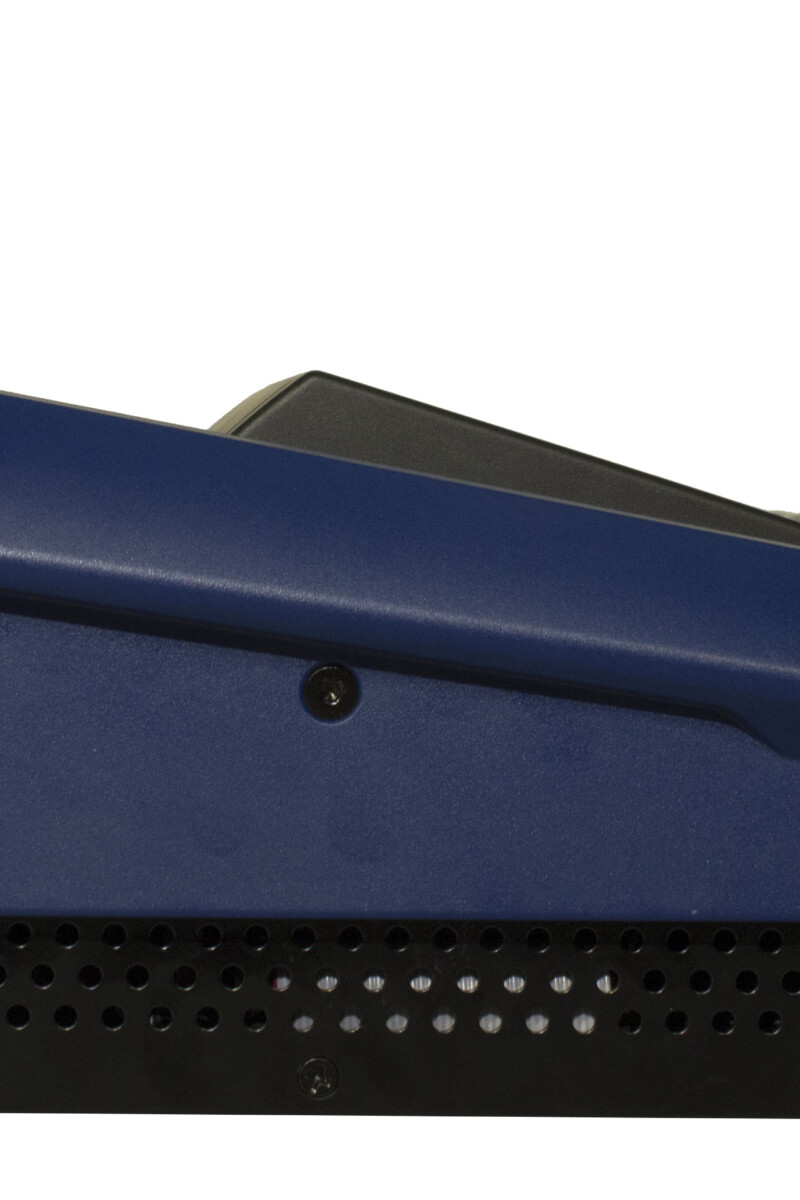