The Kalamazoo Gals: The forgotten history of the women who kept Gibson 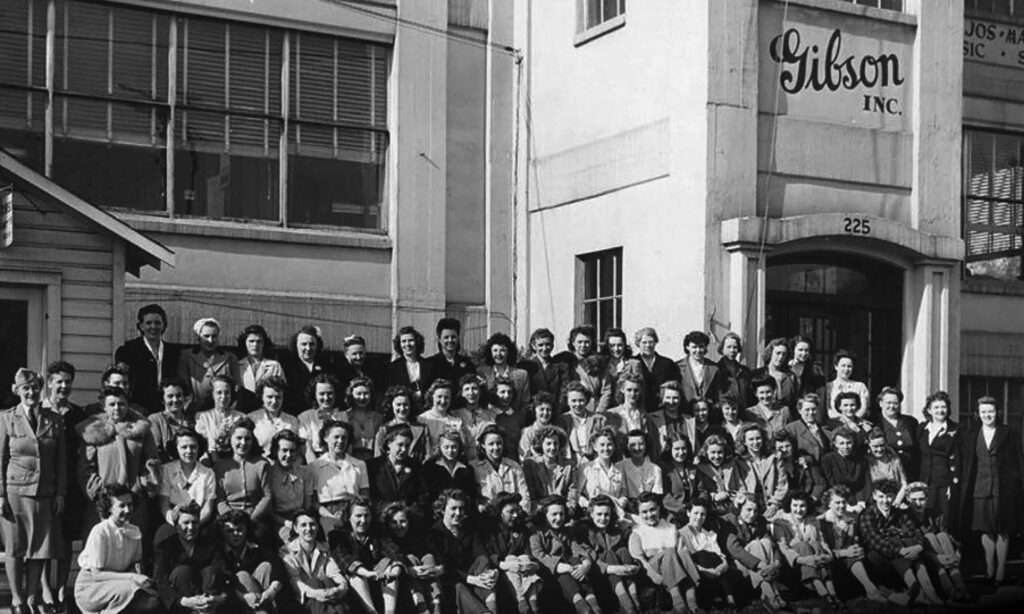 Well, with men sent to war, women filled in at the assembly lines for most of the major corporations, including Boeing's aeroplane factory in Seattle and Portland's Kaiser shipyards to name but two. The same thing was happening at the Gibson factory in Michigan.

The Kalamazoo Gals: The forgotten history of the women who kept Gibson alive during WWII

During the second World War—instrument manufacturing at the Gibson Guitar Corporation slowed down due to the short supply of wood and metal needed for the military. The company denied building many guitars over this period, claiming that only a handful were made by the "seasoned craftsmen" who were "too old for war.”

However, a Connecticut law professor (and "Banner era" Gibson aficionado), John Thomas has recently discovered that in fact, nearly 25,000 guitars were produced by the company between 1942-1945. This figure includes more than 9000 “Banner” guitars, considered to be some of the finest Gibson acoustic guitars ever made.

The term "Banner Gibson" comes from a small golden banner on the headstock of these guitars, that reads; "Only a Gibson is Good Enough." A slogan first used in Gibson ad campaigns of the early 1940s.

So who made them?

Well, with men sent to war, women filled in at the assembly lines for most of the major corporations, including Boeing's aeroplane factory in Seattle and Portland's Kaiser shipyards to name but two. The same thing was happening at the Gibson factory in Michigan.

Thomas' book, "Kalamazoo Gals: The Story of the Extraordinary Women (and a Few Men) Who Built Gibson's WWII 'Banner Guitars'' tells the story of some of these women, who although had little or no experience, kept Gibson afloat only to be forgotten in the history books.

John initially discovered the women's story by chance. After being aware of the desirability of the flat tops of this era for many years, he looked to gain more information on the "experienced" craftspeople at the plant that would have been responsible for creating these great instruments. His search led him to a wartime photo, showing seventy-eight smiling Gibson employees in front of the Kalamazoo plant, with almost all of them being women.

Why would Gibson pretend that this never happened?

Thomas feels that part of Gibson's reasoning was that the company wouldn't have wanted people to know that they were diverting workers to what could be considered non-essential production during the war. Along with the uncertainty over whether consumers would buy guitars made by women. Therefore, these guitars were sold as “new old stock,” and marketed as having been built before the war and stockpiled until it ended.

With the war over, Gibson ads in 1945 welcomed a "new world" where guitars would be "available again." The suggestion that production had indeed stopped, eradicated the "Kalamazoo Gals" from history. However, in reality, the women such as; Jenny Snow, Velura Wood, Mary Jane Dowels and Ruth Stap had populated the work benches in those years. With the banner that disappeared from Gibson headstocks the day they walked out in 1945—a subtle reminder of their contribution to keeping the company alive.

For more information on John Thomas’s book, go to kalamazoogals.com. 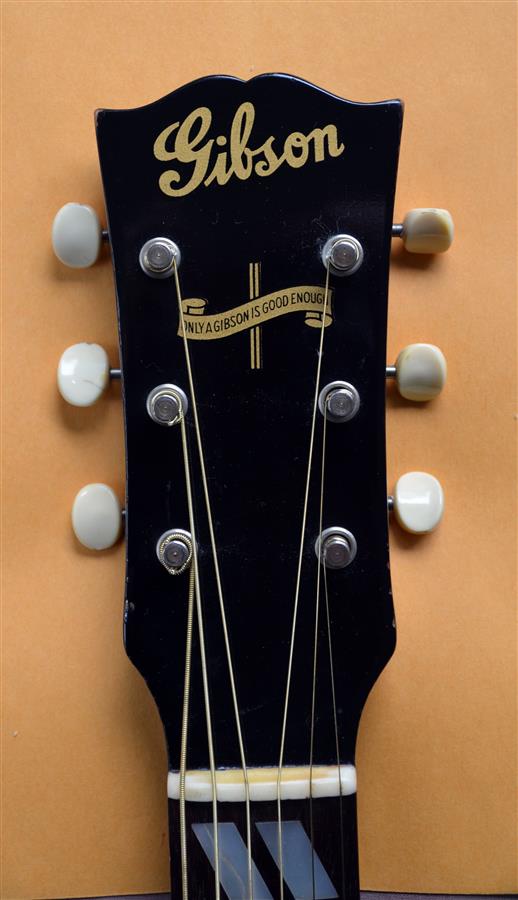 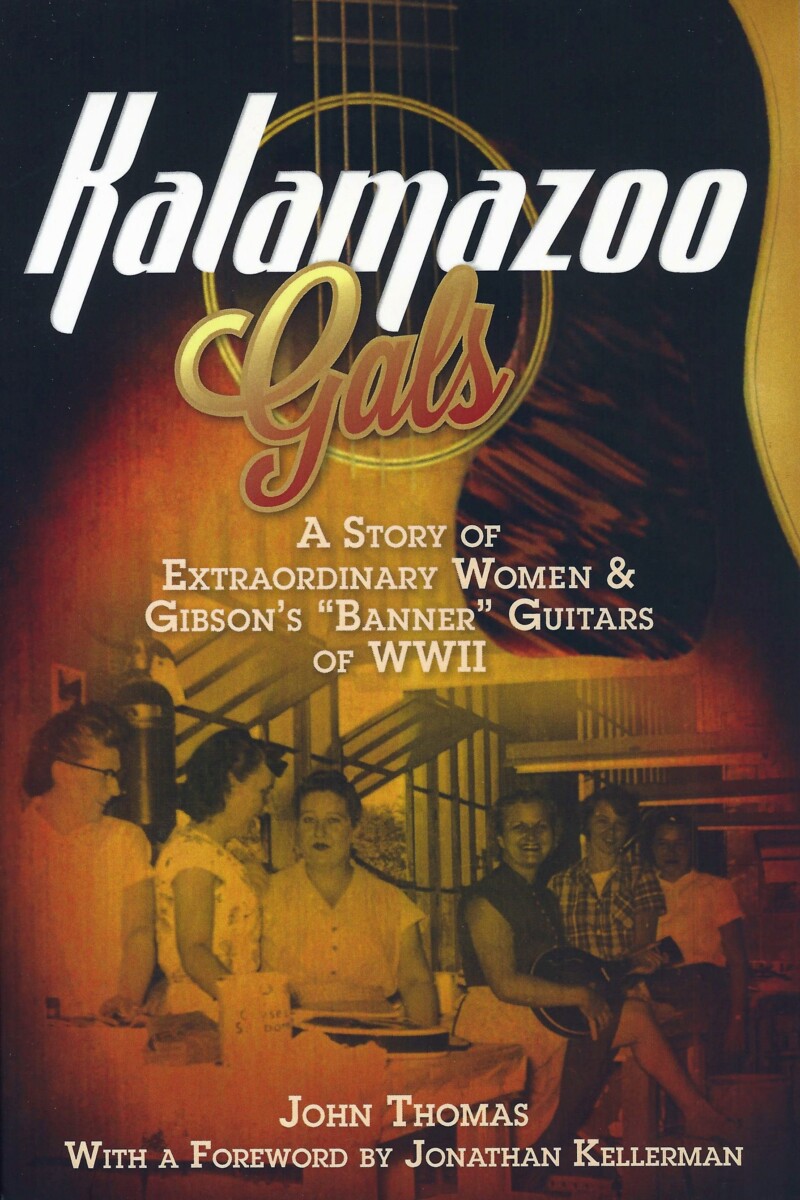 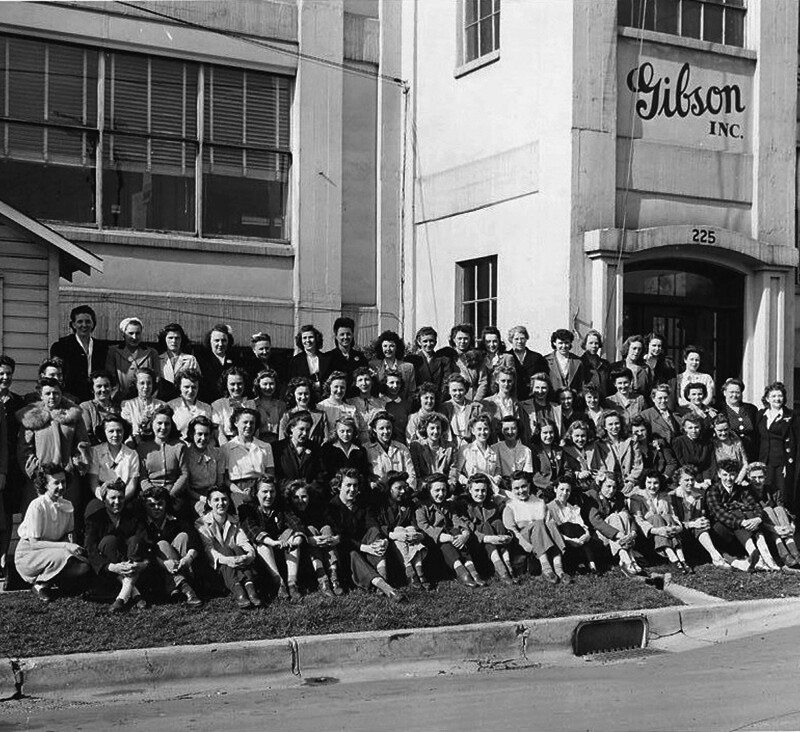