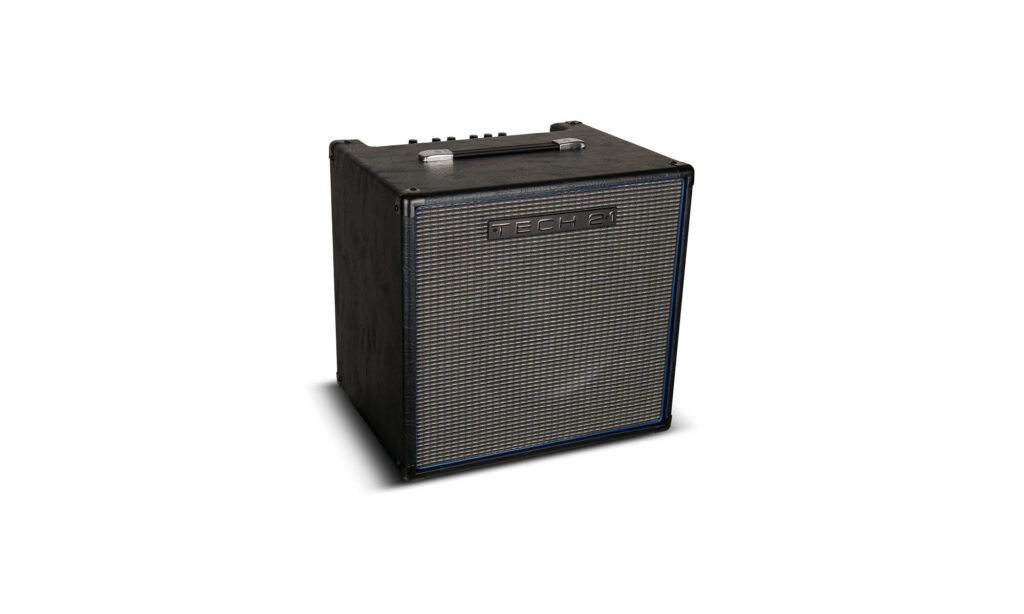 Weighing in at just 12Kg (28lbs), It’s easy to wonder if such a lightweight package can create the depth of tone needed for the gigging musician. Well, let me tell you it certainly can.

Tech 21 do amplifier emulation in the analogue domain rather well.

200W may suggest “not loud enough” You’ll want to test this one out.

As I have a said before in reviews, Tech 21 is arguably best known for their SansAmp ‘Amp In A Box’ simulator pedals, but of course the product range over the years has expanded to effects and utility pedals as well as a whole range of bass amplification too, as proven in our last couple of issues of the magazine.

Tech 21 is more than capable of “bringing the volume” with some high powered amplifiers and cabinets. We head to the other end of the SPL meter today however as have a look at what I feel is a superb compact amplifier that easily finds it’s place in writing, recording and jamming sessions as well as the stage, in the shape of Tech 21's VT Bass 200 Combo.

Weighing in at just 12Kg (28lbs), It’s easy to wonder if such a lightweight package can create the depth of tone needed for the gigging musician. Well, let me tell you it certainly can. The VT Bass 200 is built on the same technology that brought us the VT Bass Sansamp Character pedals. My previous nod to those amp in a box device is very much a positive one. Tech 21 blazed that original trail back in 1989 with what we now know as the Sansamp Classic. So Andrew Barta and his company know a little bit about creating big tones in small boxes!

Inside the well built ported wooden cabinet, we have a 12” cast frame woofer rated at 200W / 8 Ohms paired up with a Tweeter for high-end clarity. It is hooked up directly to the VTB’s 200W RMS Class D amplifier. Incidentally, you can plug in an external cabinet rated at a minimum of 8 Ohms for further expansion.

Let's head to the other end of the signal path though and take a look at some of the rather useful controls we have on board.

On the face of it, VTB 200 looks pretty straightforward, but don’t be fooled. It’s not a run-of-the-mill guitar shop beater. A top facing control panel is fine for having this unit down on the floor or stood on another cabinet. I even placed a Tech 21 pedal on top of it for another review and I found it helpful having everything in the same place, all neat and ready to go.

Straight in via the 1/4” input the signal immediately has the option of being padded back to keep your tone ultra clean or leaving the pad disengaged for when it comes to winding up the drive control. I immediately liked the bite button. For passive basses, I enjoyed the additional top end, but I think there’s something else going on in the gain structure too as my P bass gained, more ‘bite’ rather than just adding top end in the usual “bright” manner. In conjunction with the aforementioned drive control, just these two parameters easily lead me from low-fi to raw grit. (Some judicial tweaking on the tone control on my bass proved very useful). I will at this point hold my hands up and say that I had a few too many rattles on my Fender bass. Hopefully, that won’t upset your enjoyment of the review. The Precision is 42 years old bless it...

Let's move on! With… Character! Actually difficult to describe in detail without using a number of words that would make this review far too long, so I will paraphrase the manual slightly! Always a good place to start.

The Character knob and it’s related ‘Shift’ button dramatically changes the voice of the amplifier affecting attack and drive as well as modifying the frequency response. Again, the manual offers a wide range of Ampeg amplifier and artist inspired sounds. Everything from “Flip-Top” to “Tool” to “Modern Metal”. There’s something for everyone. Now I am fussy when it comes to sounds. Too many a manual I have pulled a face at when a demo’ sound has been described. Well, Tech 21, this all analogue amplifier does a great job of dealing up some juicy bass end with grit without sounding like an angry wasp trapped in a crisp packet. I’ll let you just imagine that for a moment…

A three band active equaliser that is capable of a substantial amount of cut and boost is included for your further flavouring. I found that cutting away the lows too much will lose a huge amount of weight in your bass sound, but at the same time, I didn’t feel I really needed to advance too far past 12 o’clock to hit a sweet spot tonally in our studio.

Whatever you are using the VT Bass 200 for, you should have plenty of connectivity options. An Auxiliary input for your external music players and drum machines, whatever - and an earphones socket for when you are finally told to “keep it down."

Around the back of the combo, we aren’t let down here either.  Tech 21 Sansamps are universally known for emulating the sound of a mic’d up speaker cabinet as well as the characteristics of an amplifier. The VT Bass 200 does away with the need to mic up the combo. The Direct Injection (DI) Output has speaker cabinet emulation enabled by default.  (We did, of course, mic up in our review because I wanted you to hear both the combo speaker and the DI output)

No modern amplifier, unless very small, seems to be without an Effects Loop these days. The VT Bass 200 will similarly have you hooking up all manner of outboard to help you get creative. Finally, in the same area of the rear panel, a tweeter switch. Super useful if you are running lots of high gain distortion and you want to only use the woofer for your sound. Tweeters, no matter how good they are, can sometimes sound a bit brittle when pushed hard with distortion bare in mind, so adjust to taste. 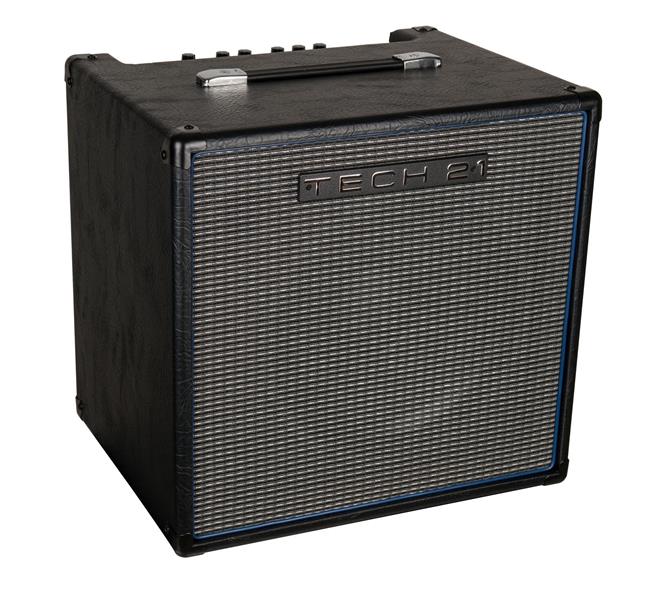 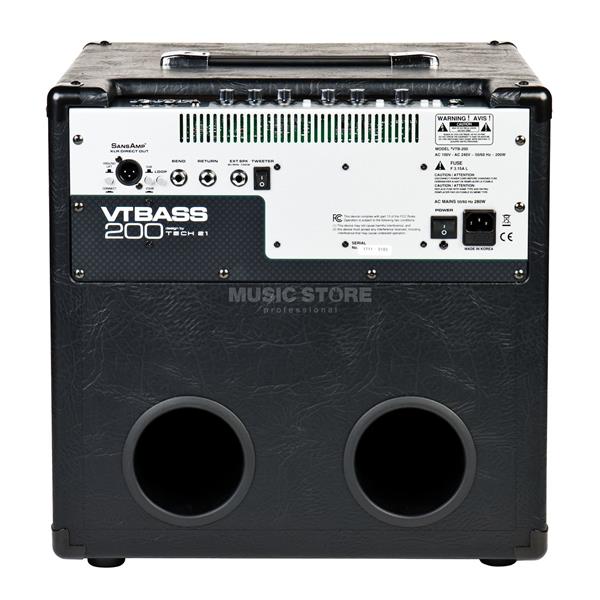