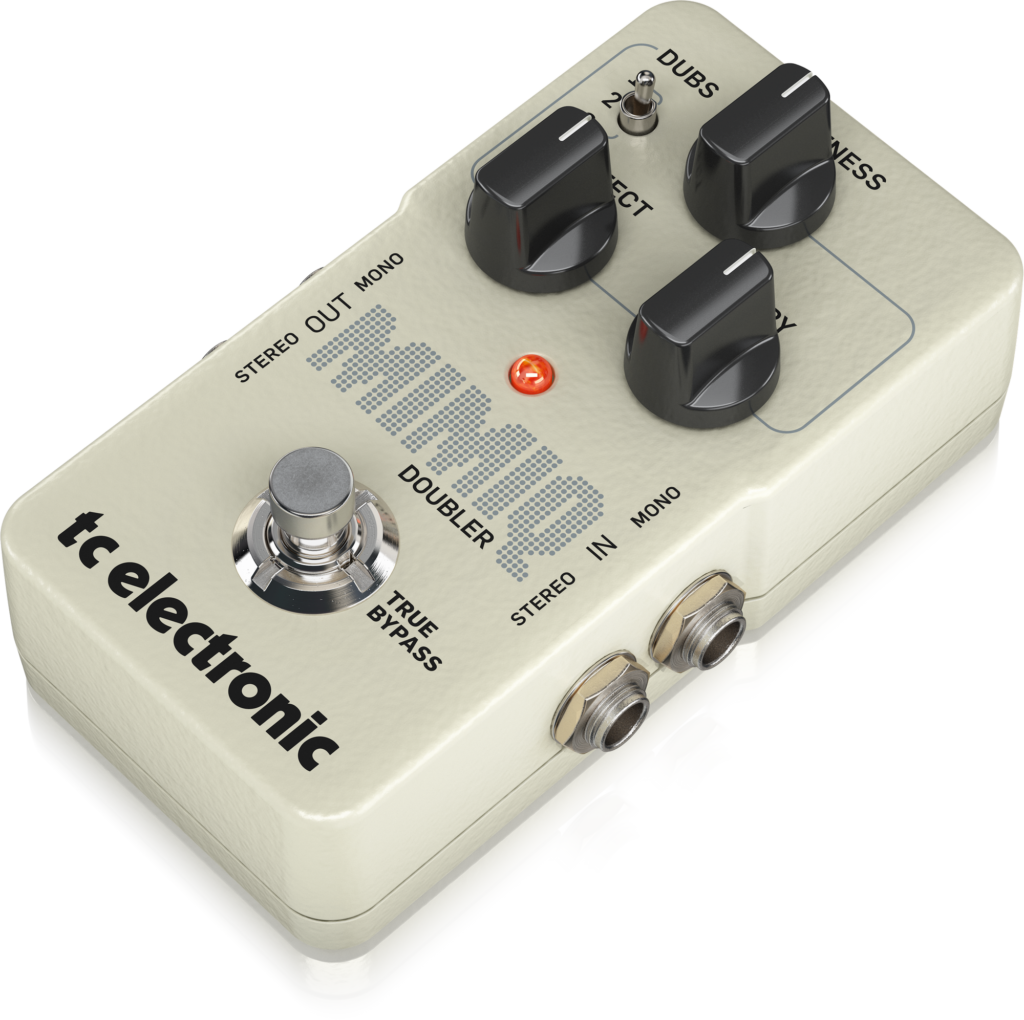 By harnessing every ounce of power from our new proprietary doubler algorithm, Mimiq Doubler from TC Electronic manages to distil the magic and uniqueness of actual studio-grade double tracking into a compact pedal. Nick Jennison tells us more.

Every once in a while, a pedal comes along that makes you wonder “why has nobody thought of this before”. The TC Electronic Mimiq is just such a pedal. It allows you to recreate the sound of double, triple or quad-tracked guitars live, without having to spend ages co-ordinating your riffs with a second (or third, or fourth) guitarist.

It’s a simple enough proposition in theory, but there’s a reason why this is the first (and to my knowledge, only) pedal to successfully pull this sound off. The reason double-tracking guitars sounds the way it does is because two performances of the same part will differ in subtle ways - slight fluctuations in timing, pitch, attack, tone and articulation. These small human variations make a double-tracked part sound fat, wide and - most importantly - human.

They’re also what makes it so difficult to recreate these effects artificially. Chorus pedals vary the pitch of your signal with a short delay, but we all know that as cool an effect as stereo chorus is, it doesn’t sound like double-tracking. The Mimiq is something different. It subtly varies the pitch, timing and tone of the virtual double-tracked parts it produces in a way that is both extremely complex and seemingly random, but also very subtle. It’s the result of countless hours of analysis of double-tracked parts by TC’s boffins, and this attention to detail shows in how convincing the Mimiq sounds.

In terms of operation, it doesn’t get much simpler. There are level knobs for the dry guitar and the virtual double-tracked parts, along with a “tightness” control that determines how far the doubles will fluctuate from the dry guitar - set all the way left and you have the crazy-tight tracking of a well-rehearsed modern metal duo, while to the right you have a loose drunken delivery. There’s also a “dubs” switch that selects between traditional double-tracking, Randy Rhoads-style triple-tracking and modern metal-approved quad-tracking.

The TC Mimiq is a totally unique pedal, adding incredible width and polish to your live guitar sound. It’s unlike anything else out there, and the level of realism it offers is remarkable. Yes, you’ll need a second amp to get the best out of this pedal, but a second guitar player would need an amp too - but this way you won’t need to feed them, pay them or put up with their lack of practice and questionable hygiene. When you think about it like that, it’s a no brainer!