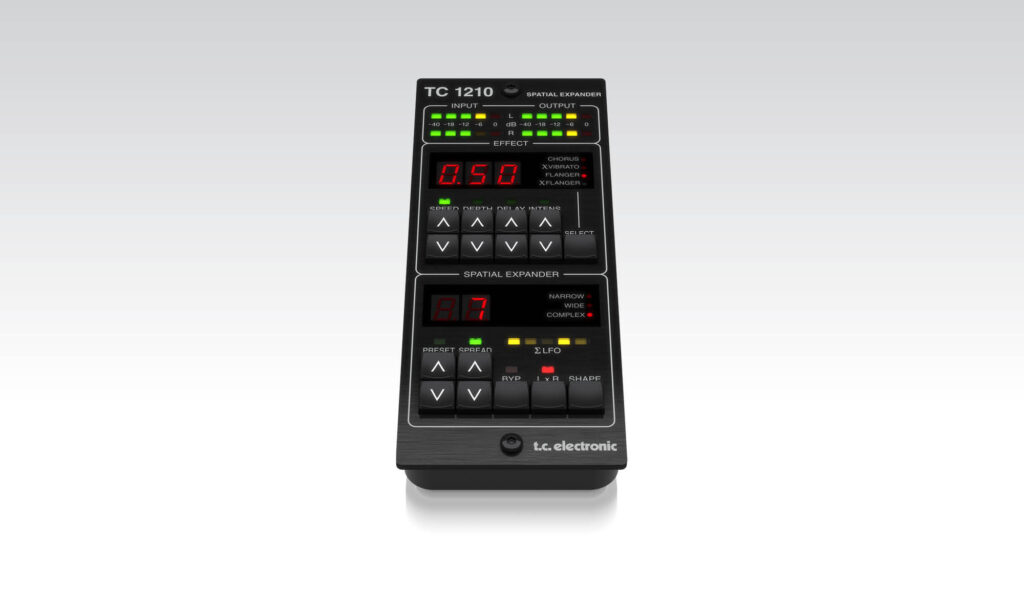 A fantastic hybrid of both plugin and hardware technology. Accurately captures the sound of the original 1210.

There’s quite a bit of cabling as well as four USB ports needed if you choose to purchase all four effects in this range.

TC Electronic continue their ground-breaking hybrid plugin/controller range with a reissue of one of the most sought after modulation units ever made: the TC Electronic TC1210. Jamie Humphries reviews TC Electronic's TC1210-DT Desktop-controlled Plug-in

TC Electronic first introduced 1210 Spatial Expander + Stereo Chorus/Flanger in 1985. This powerful single rack unit was based on the “DNA” of the highly sought after Stereo Chorus/Flanger pedal that was first released in 1976. The unit featured two analogue chorus circuits that could be linked to produce sumptuous wide modulation effects. This unit, along with the 2290 Delay, was incredibly popular during the ’80s and adorned many guitarists’ and studio racks, and can be heard on countless classic recordings. Such guitarists as Alex Lifeson, Andy Summers, David Gilmour and Eric Clapton have all used the 1210 to help craft their legendary tones.

Recently TC Electronic released a stunning update/reissue of the legendary 2290 delay, and they have now added the legendary 1210 Spatial Expander to this line. As with the 2290, the 1210 has been released as part of TC’s revolutionary new hybrid plug/hardware controller line, utilising modern plugin technology with the familiar feeling desktop controller.

The 1210 DT faithfully recreates the legendary rich warm analogue spatial tones, as well as capturing such details as the inaccuracies of the original analogue circuitry. The 1210 DT features two independent chorus-flanger engines that will produce organic width to your recordings. The unit supports VST 2, VST 3, AAX and AU plugin formats at 32 or 64 bit. The 1210 DT will work with all the major DAW’s including Cubase, Nuendo, Logic and Pro Tools. It can be used in either a mono or stereo configuration. The 1210 DT has its own on board mix controls, so it can be used either as an insert, mixing the wet and dry signals with in the plugin, or on an auxiliary channel, with the mix level set to 100% wet, with the blending of wet and dry signals achieved with in your DAW. As the 1210 DT is plugin based, you can open as many instances of the effect as your CPU will allow, with all instances controlled from the single hardware controller.

The 1210 DT features a compact metal hardware controller that connects to your Mac or PC using a micro USB cab. At the top of the unit we have our input and output meters fro monitoring your audio levels in and out of the unit. The controller is divided into two sections; first we have the “effect” section. We have eight up and down arrows that control speed, depth, delay and intensity. We have a select button that selects through the various effects, which include; chorus, X vibrato, flanger and X flanger.

The bottom section of the controller is the “Spatial Expander” section, includes four up and down arrows. We have the “preset” arrows for scrolling through the factory, user and signature presets. We have the “spread” arrows; the spread defines how far apart the left and right modulation engines are. When set to maximum each engine is more clearly separated and can be seen on the LFO meter. The “shape” button scrolls through the three different expander types; “Narrow” where both modulation signals are combined to a common signal. “Wide”, where the two modulation engines are combined similarly to “Narrow” except one is phase inverted; one channel pitch shifts down, whilst the other pitch shifts up. The “complex” the two modulation engines re decoupled and working independently resulting in a very complex and organic sounding modulation. The final two buttons are the “L+R” button which turns on the cross mixing of the output channels, and the “bypass” button which bypasses the effect, making it easy to audition the effect and compare to the original dry signal.

​The secondary control surface is the plugin, which although most of the parameters re adjusted on the hardware controller there are some secondary controls. We have the input and output levels, which can be locked, keeping your settings consistent when opening other instances. We have a section which wasn’t included on the original 1210 called “vintage”, which includes “Mod Asymmetry”, and “Analogue Warmth” and “Amount”. This section can add extra character to your effect recreating parts of the original analogue schematic. There is also and “effect” section which inverts the feedback or the Flanger or X Flanger,

On the plugin interface we can also recall presets, factory, user and signature, plus name the effect so not to get confused with multiple instances that may be being used on different instruments. We also have the “chain” logo which indicates the state of the plugin.

Straight out the box this plugin was everything I had hoped for, and with a library of fantastic presets, which are in a variety of libraries, including original 1210 presets, you can get great analogue modulation from the get go. Experimenting with the controls you can really begin to tailor the sounds and hear how each parameter interacts with each other. The chorus effects are incredibly rich and organic, and the spatial effects add another dimension to your guitar tones. Either used to enhance doubled parts, or add width to a mono part; the spread is incredible. To top this off you have a totally tactile experience even tho the effect is plugin based. There’s something very familiar and “old school” about adjusting the plugin parameters with you fingers and not a mouse. The blend of software and hardware, plus the beautifully modelled effect make the 1210 a great addition to any modern studio, be it for the professional, or the home enthusiast. Highly recommended. 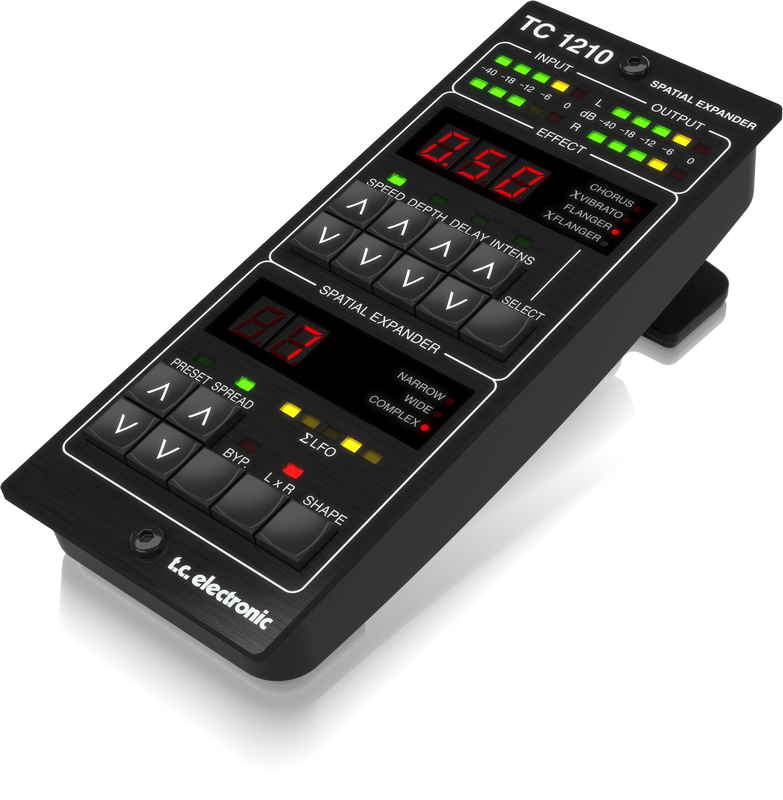 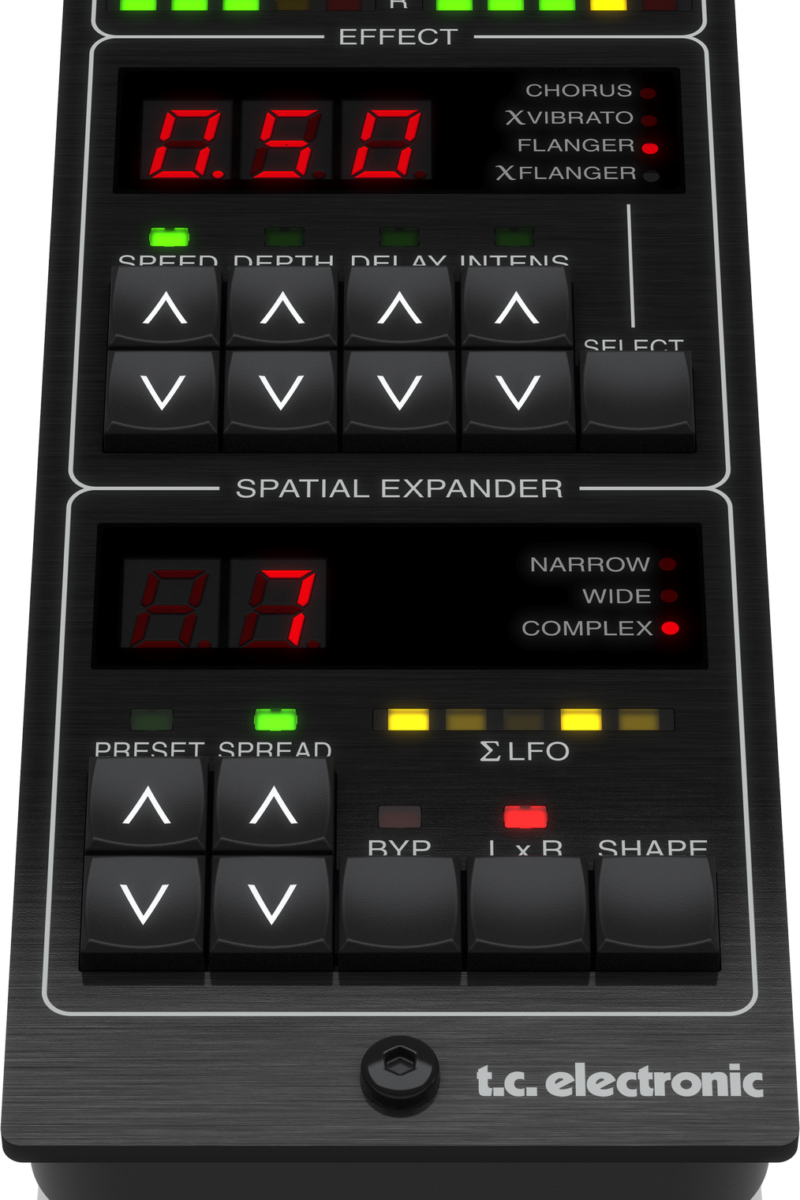