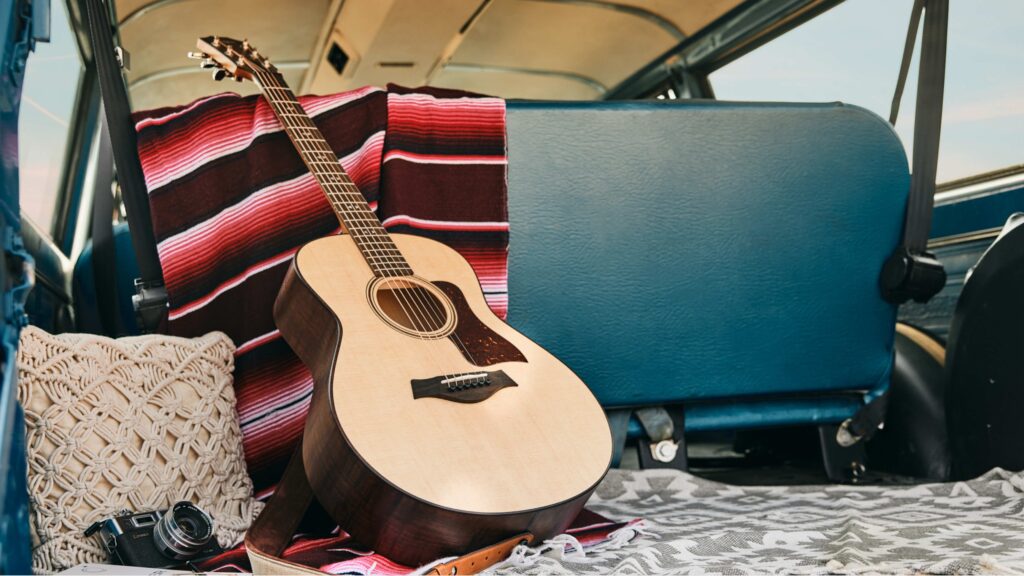 Earlier this year, Taylor Guitars announced the release of its brand-new acoustic body shape — the Grand Theater. Known as the Taylor GT, the company's latest body shape introduces a new category of acoustic guitar in size, feel and sound. The result is a guitar that's incredibly fun and easy to play, with a big sonic personality worthy of any pro player's toolbox. Here's Nick Jennison with the full review.

I've said it before, I'll say it again: small acoustic guitars are the best. Don't get me wrong, I love the roar of a dreadnought as much as the next guitarist, but even with my significantly larger-than-average frame I find the sheer size (and squareness) of the body to be off-putting. You can't hold a Jumbo close to you the way you can with a parlour guitar. Smaller guitars are normally sweeter, easier to play and much, much easier to travel with.

Unfortunately, they do tend to lack some of the authority of bigger instruments. So it would seem we're fated to contend with warping our own bodies to fit those of our guitars and developing a vice-grip playing technique in the process. Unless you have a Taylor GT.

The GT (Grand Theater) is a response to the countless requests for a solid wood GS Mini. It's a whole new body shape that's based on Taylor's Grand Orchestra body shape, but significantly smaller. The width at the lower bout is about the same as a Grand Concert, but the body is shorter and significantly shallower. It's a very comfy size for players of all body types - even big dudes like myself - that isn't so small that it sacrifices punch and projection (more on that in a moment!)

The neck is slimmed down too, sporting a 24.125" scale length - exactly the same as a 25.5" scale neck that has been capo'd off at the 1st fret. This is not by accident, and is intended to give the same slinky play feel of a 25.5" scale guitar tuned to Eb, without having to detune or go down a string gauge. I spend about 95% of my time playing electric guitars, so I have a pretty light left hand touch and find 12s on acoustic guitars to be way too heavy (especially coated strings, where the reduced friction requires more pressure). This was absolutely not the case on the GT, and even shred-inspired lead lines felt effortless. Seriously impressive, when you consider how full-bodied this guitar's tone is. Speaking of which…

The tone. Clear and articulate with lots of sustain across the fretboard. Standard Taylor stuff. But for a guitar this size the low end weight is utterly remarkable. This thing punches like a much larger guitar, especially on the low strings. This is no doubt thanks to the asymmetrical "C-Class" bracing. Details on this are scant at the moment, but it's another of Andy Powers's creations (much like the V-Class bracing introduced a few years ago to much acclaim), this time inspired by cantilever technology. Your guess is as good as mine, but it would seem that the bass side is braced more loosely for weight and projection while the treble side is more tightly braced for sustain and clarity. Whatever it is, it works a treat!

While we're talking tone, we should also talk about the woods Taylor have chosen for this guitar. The top is solid Sitka spruce and the neck is mahogany - again, standard stuff. However, the fingerboard is eucalyptus and the back and sides are reclaimed urban ash. Both of these urban woods are sustainable, because these trees are felled in cities and not taken from forests, greatly reducing waste. They also happen to be very pleasant looking and sounding woods, with urban ash offering a brilliant treble and articulate midrange that is no doubt offset by the booming lows from the "C-Class" bracing.

Taylor's GT feels like a guitar made for me. It's supremely comfortable to play without any sacrifices in power or projection. It's small enough to take anywhere, it's made of sustainable timbers and it's available with Taylor's superb ES2 electronics. It's perhaps a little pricey for what some will consider a "travel" guitar, but it's actually much much more than that. Go play one and see for yourself.