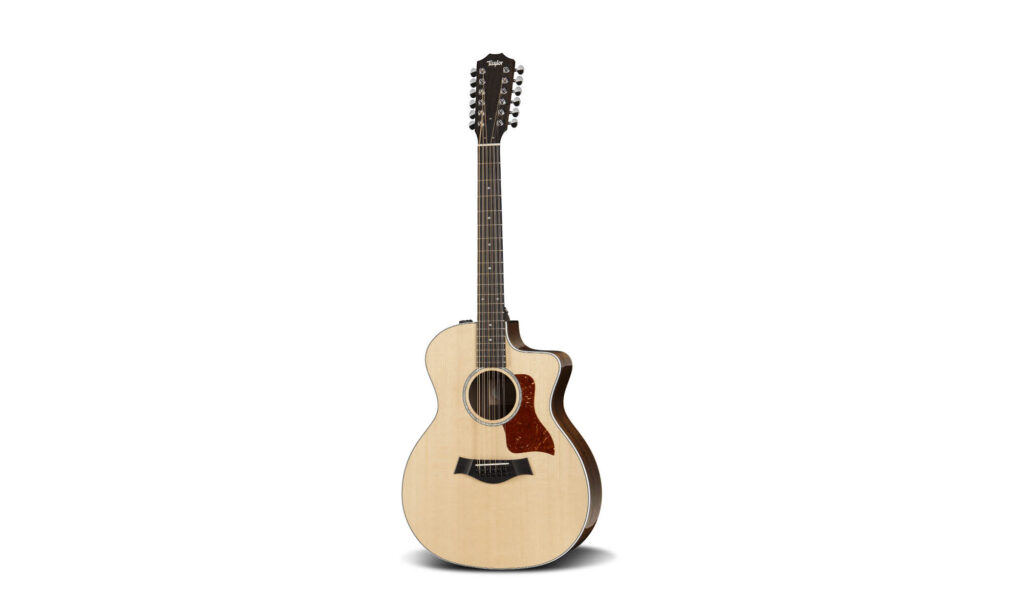 The mahogany neck is beautifully finished with a soft, playable V profile and finished off with an ebony fretboard.

12-strings aren’t for everyone

At the time of writing, it's been just over a year since the CITES regulations on rosewood and bub-inga took effect. It’s old news by this point, but in case it’s somehow passed you by, the current regulations require those importing or exporting instruments made of certain species of bubinga and all species of rosewood to provide documentation. Despite the best efforts of the folks over at CITES to make this process as painless as possible, it’s still a significant hurdle for guitar manufacturers.

Necessity is, as they say, the mother of invention. The new Copafera 200 series guitars represent Taylor’s strategy for servicing the international market without the additional expense of sourcing CITES documentation. Copafera (also known as etimoe) is an African wood with a very similar look and sound to Indian rosewood, and it’s used to make the back and sides of Taylor’s new Copafera 200 Series Deluxe models.

The 200 Series are some of Taylor’s more affordable guitars. They’re certainly not cheap by any stretch of the imagination, but significantly less expensive than the masterpieces at the upper end of the Taylor line (where layered and solid rosewood options are still very much available). The Copafera Deluxe models are offered in dreadnought and grand auditorium body shapes, including the 12-string grand auditorium model that we’re looking at here.

On first inspection, I was struck by how much the back and sides look like Indian rosewood. There’s a little less purple hue and more chocolate brown, but the difference is very subtle. While it’s impossible to tell if the tone is exactly the same, the low-end warmth and smooth highs that you’d expect from a rosewood/spruce guitar are present in abundance. The effect is very con-vincing.

Regular readers of GI will be aware of my preference for smaller bodies acoustics for their sweet delivery and playing comfort, and in that regard Taylor’s grand auditorium body style is about perfect. The lows are present but not overwhelming, making way for a detailed treble that flatters jangly strumming and mandolin-esque cross-picking equally well. But while the top end is ample and pronounced, it’s not excessively snappy or thin sounding. The balance is just right, which is especially impressive given the layered construction and alternative materials used on this guitar.

The mahogany neck is beautifully finished with a soft, playable V profile and finished off with an ebony fretboard. The action is very low and comfy, and the spacing is ideal for strumming and flat picking (although it’s perhaps a little narrow for hardcore fingerstyle/thumb pick players). Electronics come courtesy of Taylor’s tried and tested Expression System 2. While it’s not as feature-rich as some pickup systems on the market, it’s very intuitive and unobtrusive, and doesn’t require a whacking great hole to be cut out of the side of the guitar!

All in all, this is an impressive offering from Taylor, and provides a peek into how mid-priced acoustic guitars will look and sound in the post-CITES world: pretty much the same as before! 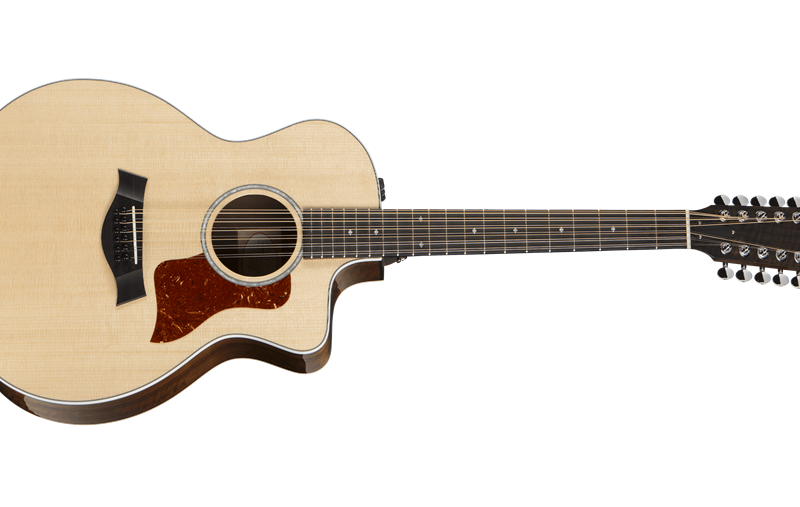 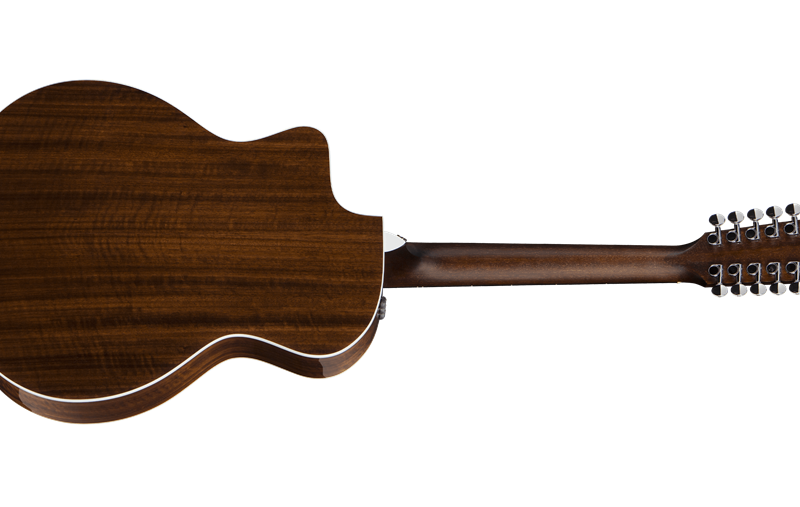