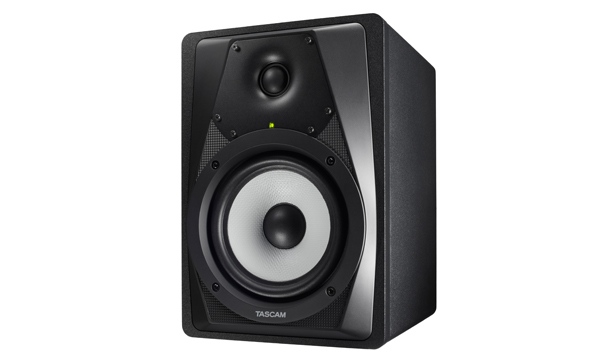 'Good' and 'affordable' don't go together very often in the world of monitor speakers. Tascam wants to change that with its latest offering. Andi Picker reports.

Despite having been a Tascam user for many years (I think my third ever piece of recording gear, after my SM57 and a lead, was a four-track cassette Portastudio) , I actually didn’t know that they made studio speakers until a pair of VL-S5s arrived at the door. Now I get quite a few monitors to review, and for me they tend to fall into groups depending on if I think they’re good or not, and if I like them or not; a speaker could work superbly well but not happen to suit my taste (or yours) - you ALWAYS need to listen-test your monitors. There is also a third group - are they easy to write about? These Tascams are not easy to write about - let me explain.

However good a monitor may be, however perfect it may be in the lab, the moment you or I set it up in a room, it becomes only a part of the sound system - everything else in the room is also a part of the system. To help get around this, some speakers are equipped with space controls - sadly not quite as exciting as it sounds. These controls let you adjust the speaker response to help compensate for position in the room and for personal preference. The other, essential, function of the space controls is to give reviewers something to write about. The VL-S5 monitors don’t have any, so...

The VL-S5s have fairly standard looking and sized cabinets, magnetically shielded so you can stand them next to your old-skool CRT screen; they feel pretty dead when you tap them (good) and have an attractively moulded front panel with a white 5 ¼” woofer (with the fabric weave that we all know tells us it’s Kevlar). Round the back is a power switch and mains inlet (120/230V), XLR and ¼” inputs (both marked as balanced, but the manual says that the ¼ inch socket can be used unbalanced too), a volume control and a 40mm bass reflex port. That’s it: I’m just about out of things to review. Better connect them up then.

This is where it gets a bit more interesting. The on-paper specs are OK but not stunning, the power ratings quoted for the bi-amp modules are a bit unspecific, the low end of the 60 – 22K Hz frequency response seems to start a tiny bit high and there’s no mention of what occurs at those frequencies (+/- 3dB, 6dB?!?), but, these speakers are so easy to use that it doesn’t really matter. They are very clear in the essential mid-range, perhaps a function of the relatively high 3.2 kHz crossover frequency, perhaps because the low mids are well controlled, and perhaps down-to the gentle silk domed tweeter - but they manage to be both revealing and easy to listen to (so long as your mix is good - they WILL punish muddy mids and harsh highs). Their overall sound is not a million miles away from my own nearfields, which is a bit odd considering that they have different tweeter, woofer and port construction, and a significantly higher crossover between the drivers, which was very impressive considering that they cost about 20% of the price! My only grumble is that one of the speakers had a bit of a mains hum thing going on - it wasn’t through the audio path - just a physical hum from the amplifier and it happens occasionally with electronic gear.  The other speaker of the pair was fine, and if I’d bought them I’d simply get the buzzy one replaced and be very happy.

Bottom line? A well designed and well priced set of speakers, playing in a very crowded part of the market. They don’t have any sound tailoring controls to play with other than the volume control (lucky because they go loud) but they just seem to fit, they sound very good, they’re easy to use, and they happen to have the type of sound that I like. Try them. You might too.