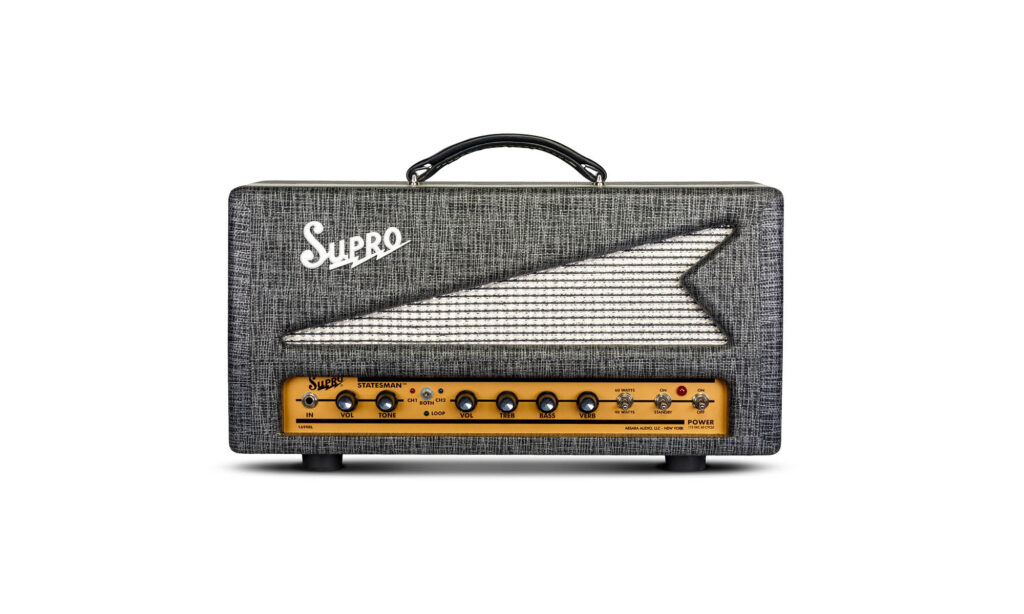 The Supro Statesman is a versatile and great sounding amp, wrapped up in an incredibly stylish package. Its unusual feature set is a breath of fresh air amongst a sea of “the-same-but-different” designs and is as inspiring as it is toneful. I’d have one tomorrow!

Supro have been cleaning up in the amps department in the last 18 months. The 1699R Statesman is their latest release with added modern channel switching functionality. Nick Jennison puts it to the test.

There’s an adage about recording guitars - “small amp, big tone.” You’ll be surprised how many massive tones have been created using little amps set to “stun.” Take Led Zeppelin, for example, Jimmy Page may have rocked the now iconic Les Paul and Marshall combination in stadiums, but in the studio, it was often a Telecaster and a Supro. We all know how vast the result was!

So why then, when it came time to deliver the hammer of the gods to the denim-clad masses, did Jimmy favour 100w stacks over the tiny tonal monsters he recorded with? Well, aside from the titanic volume, it’s a question of punch and projection. The beautiful compression and grind that makes a small amp so desirable in the studio can get a bit lost when it’s time to get really loud.

Enter the Supro Statesman. At 50w, the Statesman is the loudest amp in the Supro range by a considerable margin, and sports a wealth of fantastic design features. While it’s technically a channel switching amp, the Statesman sports two separate preamps, taken from the Comet and Thunderbolt amps. Both of these classic designs were originally paired with single-ended Class A power stages, and the Statesman offers the choice of Class A chime and compression or the headroom and punch of Class A/B. As if that wasn’t enough, both channels can be run simultaneously in parallel! Very cool.

The red channel’s Comet circuit is as simple as simple can be, with only volume and tone controls. This channel doesn’t stay clean for long, and the distortion tone is thick and rich with quite a lot of organic-sounding gain on tap. By contrast, the blue Thunderbolt channel has a more open texture. It’s less grainy, more grainy and takes pedals superbly well. In parallel, the two channels complement each other beautifully. The chime and openness of the blue channel seems to wrap around the mid-range roar of the red channel. It’s a bit like running two amps at once.

Things get really interesting when you start playing with the reverb and effects loop. Both of these features only affect the blue channel, meaning the red channel is always dry. There are a wealth of possibilities this configuration affords, and I had a lot of fun exploring these in the video that accompanies this review. For example, running the red channel flat out and blue channel clean with a 100% wet delay in the loop results in a distorted direct sound with clean delay repeats. If you turn the effects, send all the way down, and the effects return and reverb all the way up, the blue channel volume becomes a reverb blend, with the added bonus that the treble and bass knobs can tailor your reverb sound. There are far too many possibilities to list here, and imaginative players will have great fun seeking them out!

The Supro Statesman is a versatile and great sounding amp, wrapped up in an incredibly stylish package. Its unusual feature set is a breath of fresh air amongst a sea of “the-same-but-different” designs and is as inspiring as it is toneful. I’d have one tomorrow! 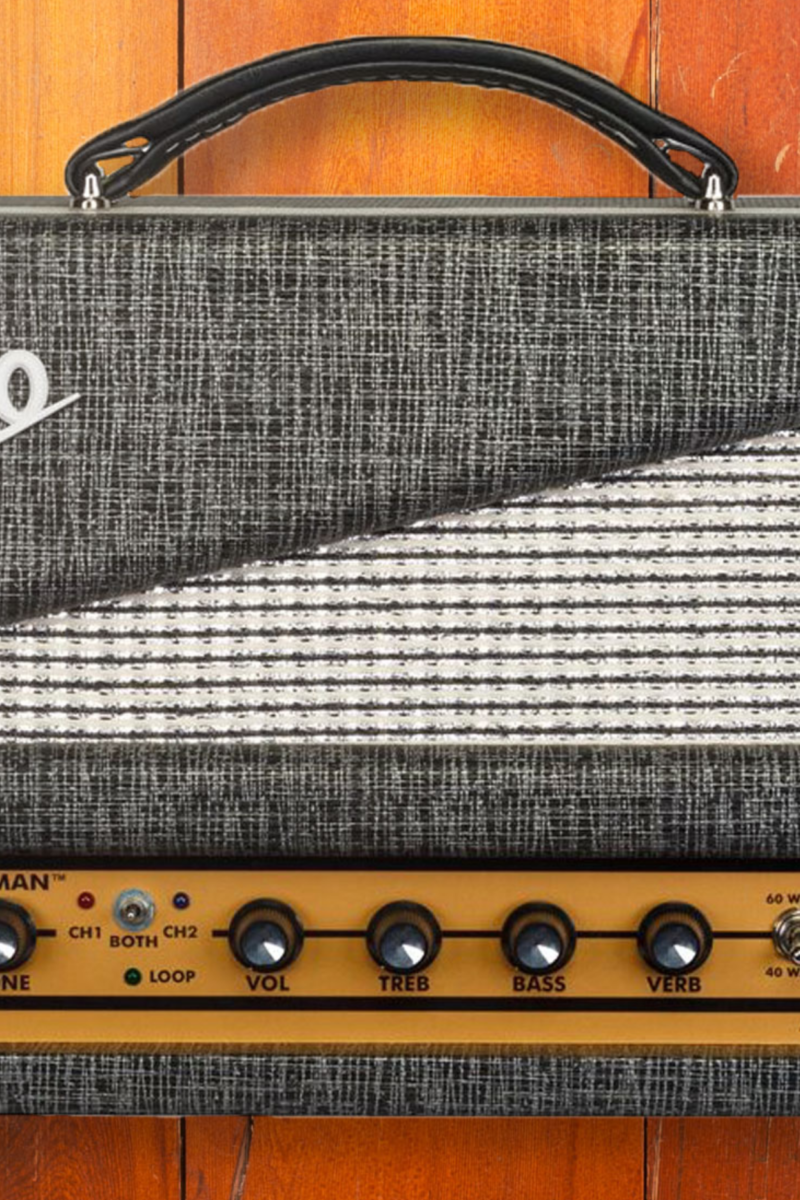 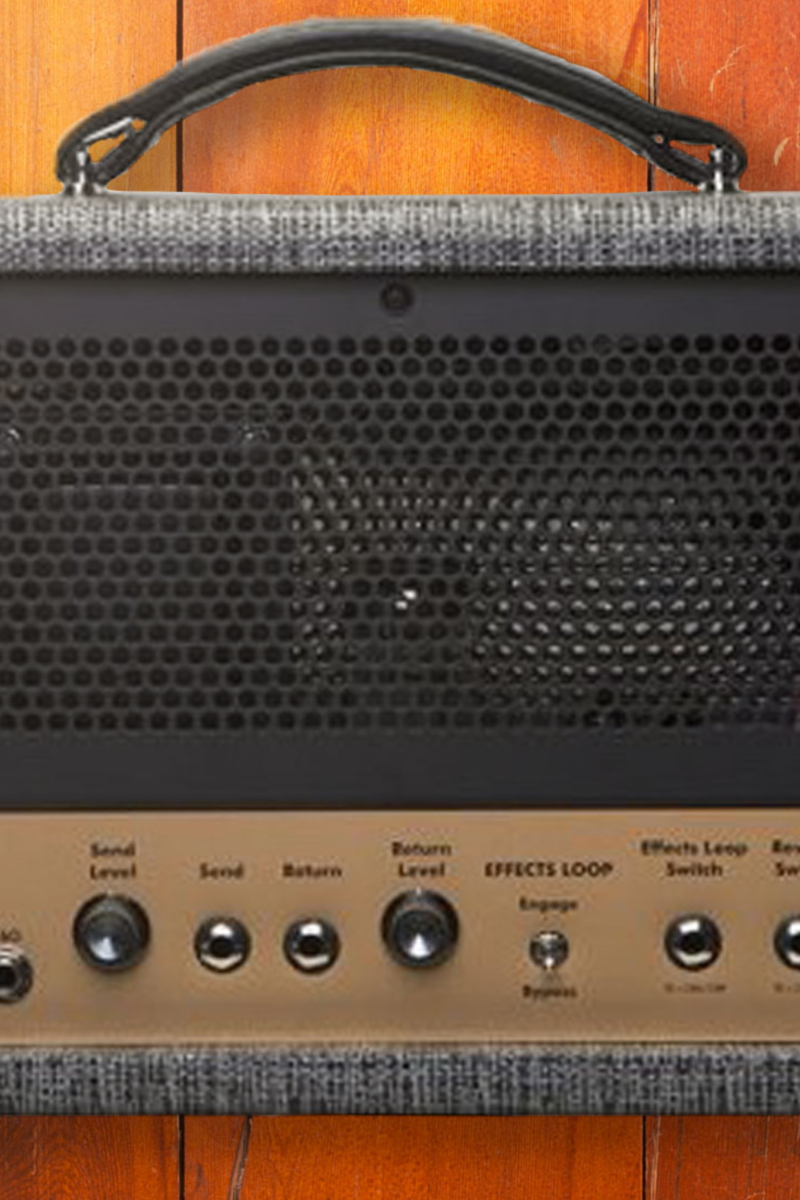