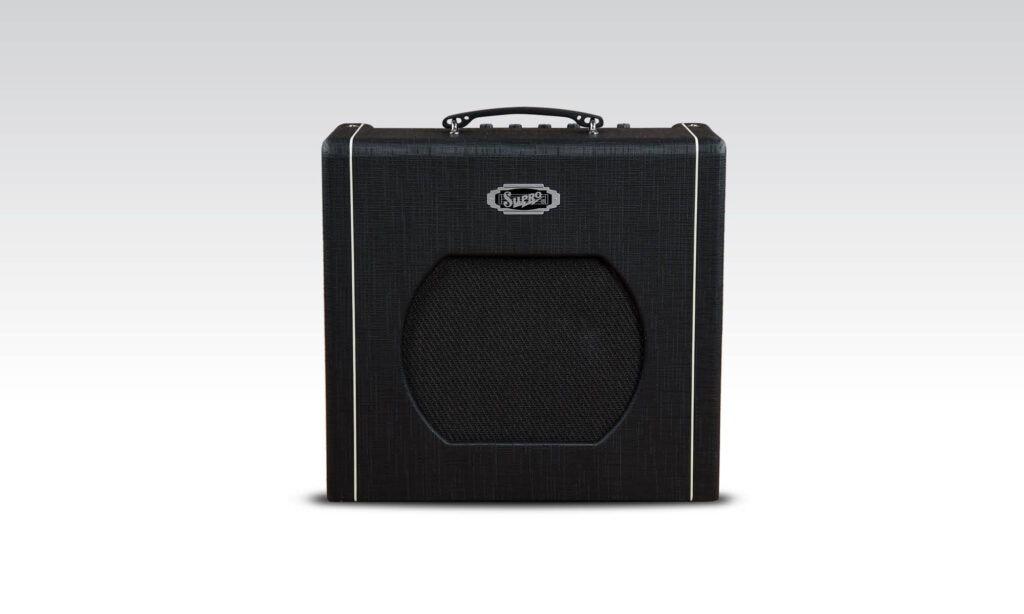 Sam Bell reviews the Supro Blues King 12. A combo amplifier that captures the vintage Supro amp tone that helped sculpt the sound of early electric Rock & Roll and the British Invasion of the 1960s. The “single-ended” Class-A tube power amp found in the Blues King provides the raw tonal characteristics and remarkable touch sensitivity of these mid-century combos, while delivering a full 15 watts of 6L6 tube power.

Supro is a big name in the amp world, this amp may be very small and light, but it sure packs tons of punch, tone and quality. The Supro Blues King 12 is a 1x12 class A 15-watt combo featuring a classic design in a small package. The amp really hits the nail on the head for the classic British blues tone, and despite its small combo design the amp really does fill the space sound wise. It’s a very simple layout, with volume, 3 band EQ, reverb (which is amazing, we’ll come to that!) and master control.

On a clean sound we get a very warm, mid-range almost AC30 style tone from the single 6L6 power amp valve with a slight bit of break up when pushed with dynamic picking. The amp features a Boost and Gain switch. The Boost works as a middle-range fattener whilst the gain adds some more pre amp woosh from the 12AX7 valve.

There are a whole host of fuzzy/crunchy/bluesy/warm/sharp tones we can coax from this small package of an amp. But one of the things that I personally love the most is the incredible analogue spring reverb. It has a long tail on it, but the control effects the level of the reverb. Going from subtle ambience all the way to surf rock wash! I love it. (I used this amp for a few more guitar reviews on the day of filming)

Around the back of the amp we have a dedicated FX Loop for any time-based effects that we might want to use. A footswitch jack and line out. The Line out can be used for direct recording from the Pre-amp when used with a DAW, you can then put the pre amp signal through any kind of rack gear or Impulse Response plugins you want for quiet home recording.

This amp’s character is perfect for use with pedals, I wish we had a tubescreamer handy as I could just tell by its warm responsiveness to my playing that it would take these kinds of pedals fantastically.

I can see this amp being very popular with blues and rock players. But also musicians on the gigging scene looking for a light, compact amp that packs tons of tone would get a lot of enjoyment from trying the Blues King 12 out! 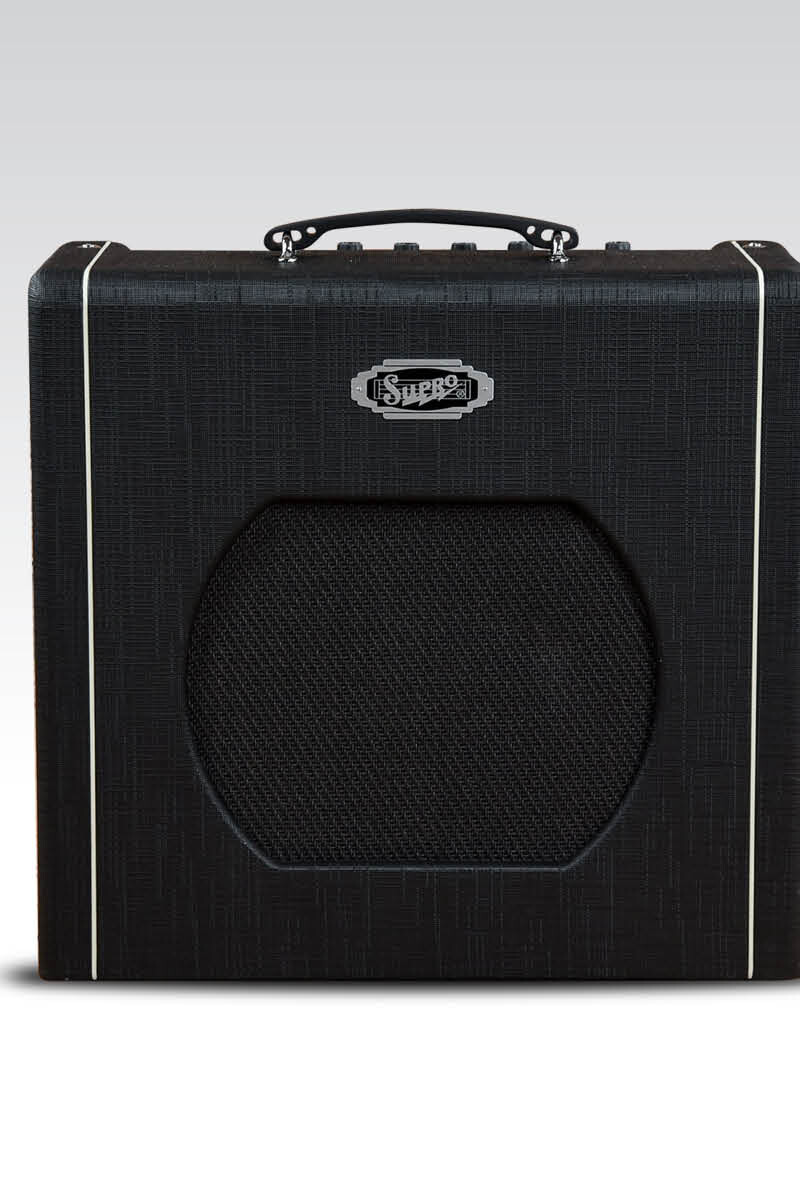 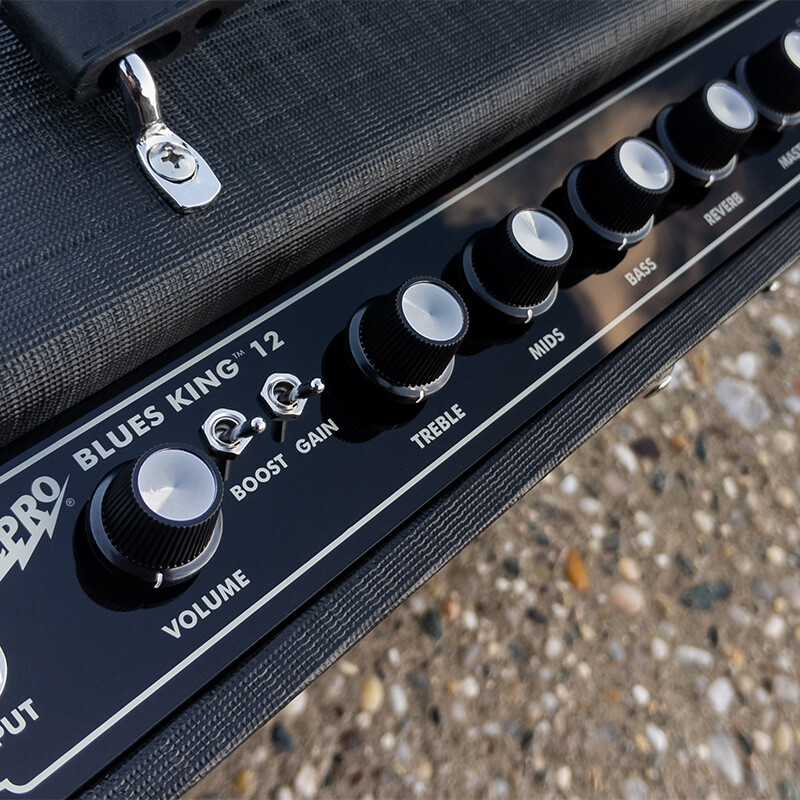 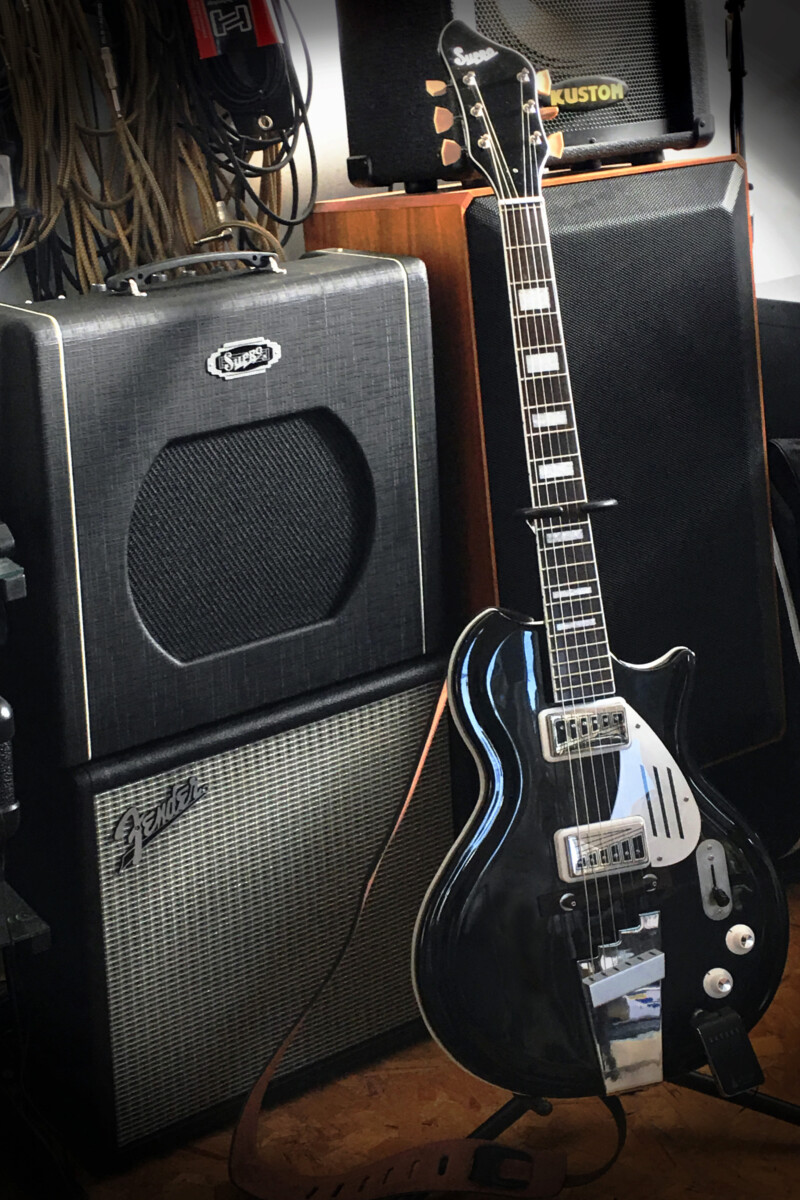