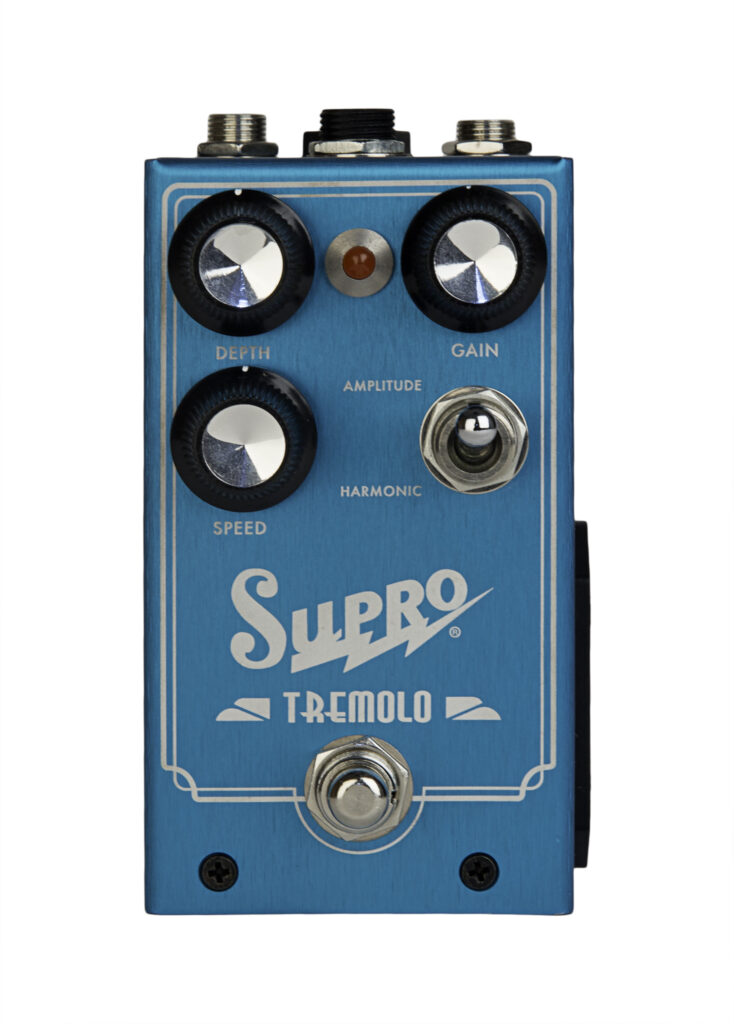 In use the Supro delivers a wide range of tremolo effects, from very subtle shimmering modulation, to intense stuttering tremolo.

The boutique price tag maybe a bit much for some budgets

Unless you really want to lug around a genuine vintage tube amp, with all the cost and reliability issues that raises, getting classic '50s and '60s trem sounds has been tricky. Now Supro, a company that was most definitely in that market back in the day, has squeezed all its ideas into a single pedal. Jamie Humphries strikes a moody pose and gets ready to Rock and Roll.

The Supro amp company has been producing amps since the 1930s, but really made its name during the rock explosion of the 1960s, with such notable users as Jimi Hendrix and most famously Jimmy Page using their amps. At the time, seen as a very viable alternative to Fender's amps, Supros became the choice of many of the guitarists on the Chicago Blues scene. Over the years the Supro name has been owned by various companies, but was finally bought by New York based company Absara Audio, who re-launched the Supro amp line in 2014. Since then it has released a host of amps, several of which we've reviewed very favourably in GI and, most recently, guitars (see elsewhere in this very issue - Ed) all of which are harking back to that golden era of tone.

Very much on that vintage theme, along with its new guitars the recent NAMM show saw the launch of the subject of this review, a vintage styled tremolo pedal, which Supro calls the Analog Harmonic.

This analogue pedal is designed to give the sound of two sought after tube based tremolo effects that were found in American guitar amplifiers in the 1960s. Along with its retro styling and graphics, and brushed anodised enclosure, the pedal boasts three rotary controls as well as a toggle switch to select the different tremolo modes. The front also houses a “click free” true bypass footswitch, and a red LED to indicate when the effect is engaged.

The rotary controls include depth, to control how intense the effected sound will be, gain, to control the amount of drive and saturation in the effect, and speed which controls the rate of the tremolo. The toggle switch selects the two different tremolo modes amplitude and harmonic. The rear of the pedal houses three ¼ inch jack plug sockets for input, output and expression pedal. There is also a DC power socket for running the pedal with a power unit, and the side of the pedal includes a battery compartment.

So what makes this tremolo pedal different from other compact pedals on the market? This pedal features a pre-amp and power amp section, with an output transformer much like a valve (aka tube) amplifier. The idea of this is to recreate magnetic saturation of valve based tremolo units found in vintage amplifiers. The gain control allows you overdrive the output stage of the pedal, and by increasing the gain the power amp circuit will be pushed into overdrive producing an authentic valve tremolo tone.

In use the Supro delivers a wide range of tremolo effects, from very subtle shimmering modulation, to intense stuttering tremolo. The gain control works really well, and adds drive and slight compression to the tone, ideal for those bluesy slide moments. Turning up the speed and depth you can achieve those Texan SRV style rhythm chops similar to 'Cold Shot'. Swapping between Amplitude and Harmonic settings creates some very different modulations effects. Using the Harmonic setting I was able to achieve a great Gilmour 'Money' tremolo tone.

This is a very good pedal, and very inspiring to use. I often find tremolo units lack the depth and organic vibe of amplifier modulation, especially when using digital units but this pedal really does recreate the sound of tube-based tremolo, and from such a great US company so pivotal in music history, I don’t think you can go wrong with this. 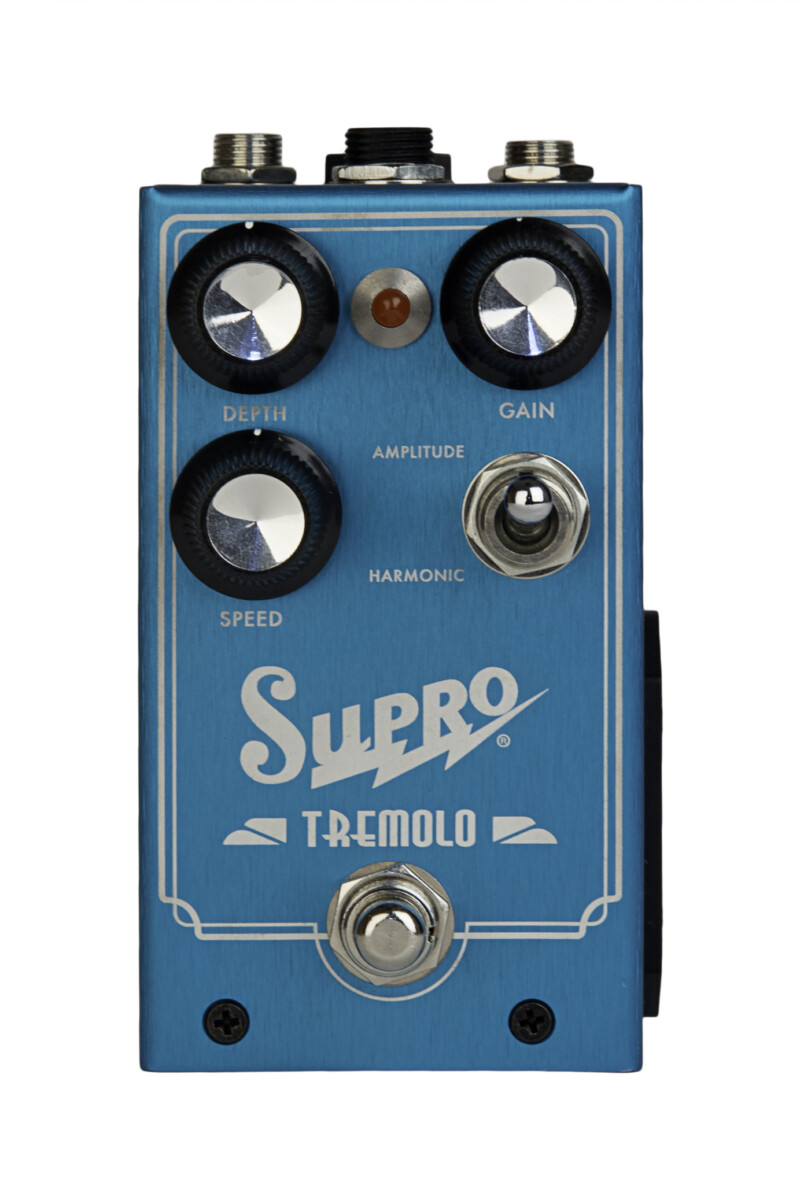 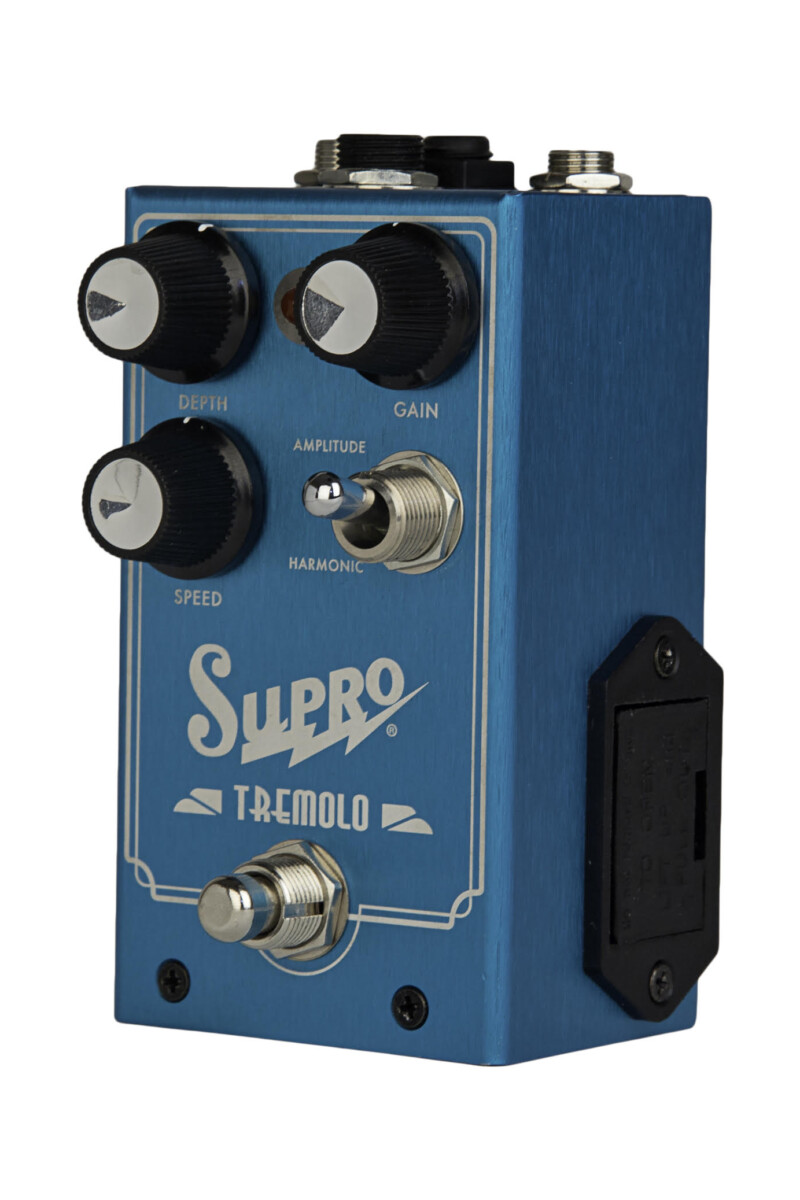 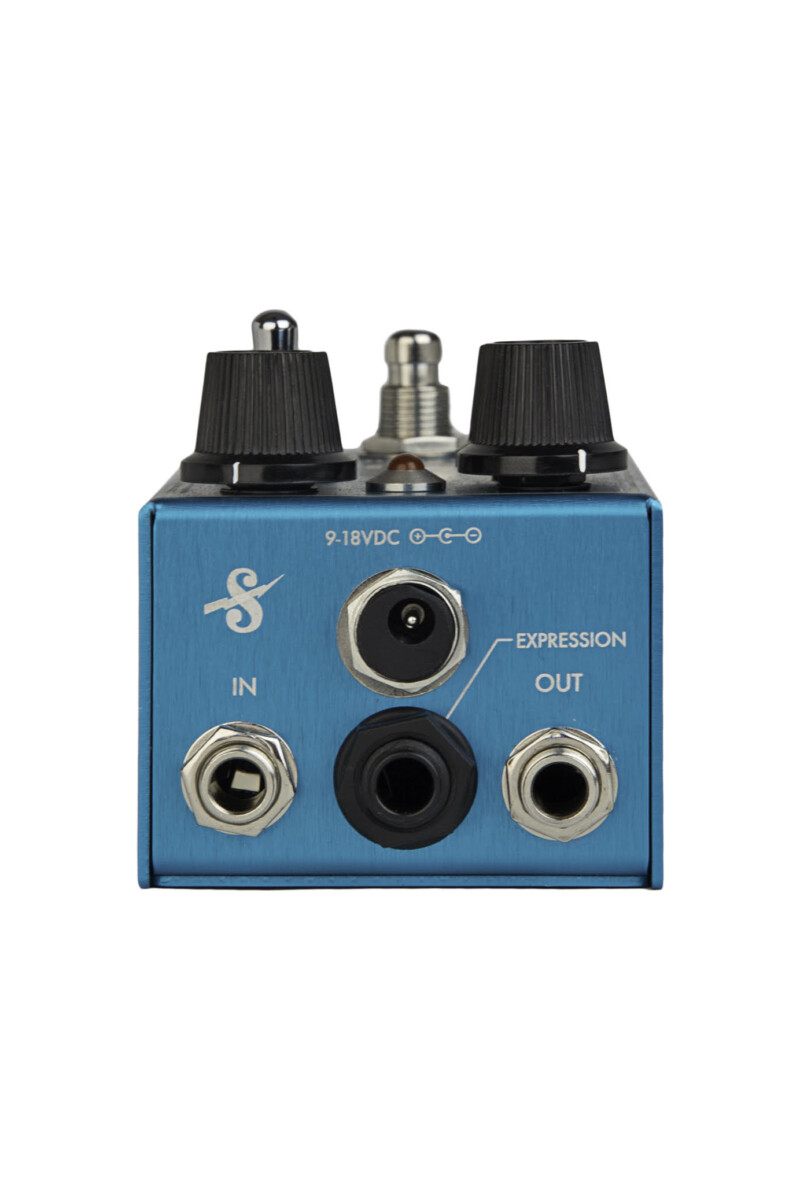