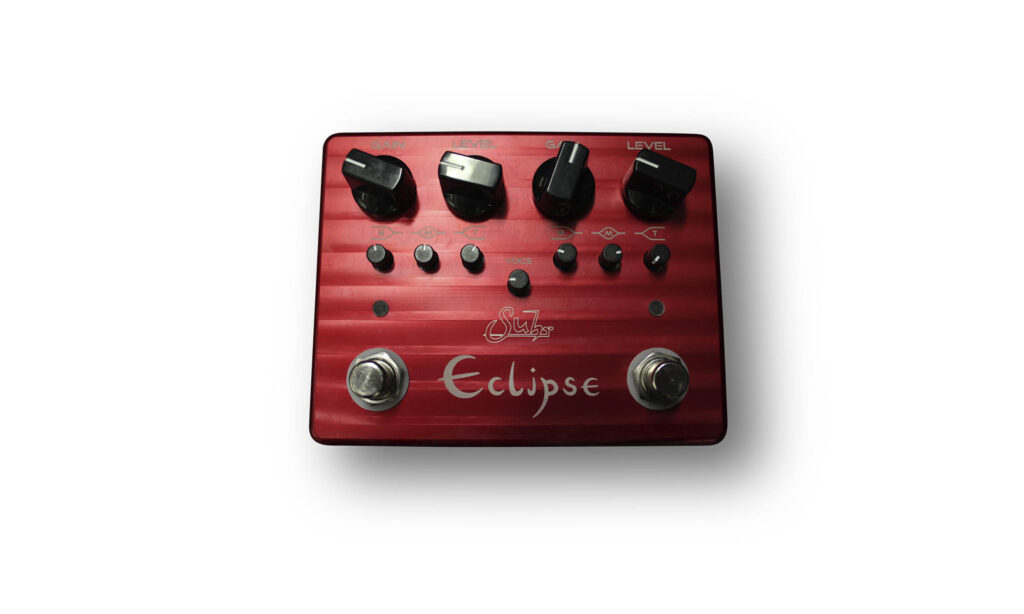 Who doesn’t love a 3-channel, fire-breathing valve amp? Sparkly, full-bodied cleans, barky rhythm tones, and soaring solo sounds (at unspeakable volumes). Sounds like a recipe for success, right? Why would you not want one of these beasts in your life?

Designed to feature two channels with independent gain, level, and EQ, merely adding this pedal to a clean amplifier will instantly give you a three-channel rig. Nick Jennison reviews the Suhr Eclipse.

Who doesn’t love a 3-channel, fire-breathing valve amp? Sparkly, full-bodied cleans, barky rhythm tones, and soaring solo sounds (at unspeakable volumes). Sounds like a recipe for success, right? Why would you not want one of these beasts in your life?

Actually, the reasons are plentiful. First of all, huge channel switching amps are expensive to buy, and expensive to maintain. That’s ok though, you can offset the cost against the gym membership you’ll no longer need - just getting one in and out of your car is a workout, and heaven help you if there air stairs at the gig. You’ll need motor that can handle a head and 4x12, too.

Speaking of gigs, there’s the issue of volume to consider. Valve amps, especially ones with lots of gain, tend to sound their best at pretty obnoxious volumes, and that’s if you’re lucky enough to be using your own amp. If you play festivals, support slots or fly dates, you’re likely to be at the mercy of whatever rented backline is on hand. If you’re not lucky, you might end up trying to do a set of shred-heavy rock songs through a Fender Twin. It wasn’t pretty.

Luckily, we live in the age of the “amp in a box” pedal; stompboxes expressly designed to turn any Clark Kent clean amp into a muscular, overdriven Superman (undies on the outside are optional). Suhr was one of the first companies to really embrace this approach in the modern era with the release of the immensely popular Riot pedal in 2009 - a high gain monster in a little purple box. Since then, with the advent of pedal switchers and “pedal platform” amps (including Suhr’s own Bella or GI HQ favourite, the Matamp GT20), we’ve seen a massive swing towards the “clean amp, pedals for dirt” approach. Take a cursory glance at the rigs of touring pros and session aces like Andy Timmons, Søren Andersen or Tim Pierce, and you’ll see this approach in action, and if it’s good enough for those guys…

8 years later, and Suhr have done it again, with the Eclipse - an incredibly amp-like two channel distortion pedal with independent gain, volume and 3-band EQ for each side. The blue and red channels are sonically identical, and could be set up to sound exactly the same if you so desire. However, the controls are so powerful that I failed pretty miserably at this in the video demo - even the slightest tweak yields a pretty potent result! The EQ, in particular, is capable of huge tonal variation, and the three bands interact with each other like the tone stack on a great amp.

In terms of gain, there’s a LOT of sauce available. While you might find the upper reaches a little too saturated with powerful humbuckers, there’s enough to take lower output pickups into infinite sustain and liquid compression; especially cool when running into a classic clean amp like a Twin or an AC30, where the low output, high fidelity pickups excel. Setting the gain around the 9-10 o’clock mark results in a really pleasing spank that’s plexi-ish in it’s tightness and fast response, albeit with a the signature Suhr midrange grind. Wind it up, and things start to fatten up nicely, with a bold voice for single note work without sacrificing clarity and note separation on chord work. While there’s definitely enough gain for metal players, and the EQ is powerful enough to create a convincing scoop, the feel is distinctly “old school” - ideal for bay area-thrash, less so for more modern styles.

The sole shared control is the “voice” knob, which tailors the high-end response to suit whatever amp you’re plugging into - absolutely invaluable for the working pro, because you can set the two channels up just to your liking and leave them alone, setting the voice to suit the room and the amp. Using a super-bright silverface Fender? Turn it down. JCM900? Nudge it up a bit. You can also think of this knob as a “cut through the mix” control.

There are a myriad of ways you can set this pedal up, but I found the most useful configuration was a fairly flat EQ on the blue channel with the gain backed off and the level set to match the bypassed signal. The red channel set with the gain a little past 1 o’clock, the mids boosted, and the treble and bass backed down yields a warm, slightly honky lead voice, with tons of volume on tap for getting over even the most frenzied drummer. If I felt the need for more howl, a Suhr Koko Boost set for a mid boost did the trick nicely, and while the Eclipse certainly isn’t short of gain and sustain, it takes boosts very well.

A versatile pedal, offering two great distortion tones that can be as similar or distinct as you like in a small(ish) box. Yes, it might be a bit pricey, but compare the cost to flying your valve head to Europe, (or a year’s worth of chiropractor’s bills), and it starts to make a lot of sense. 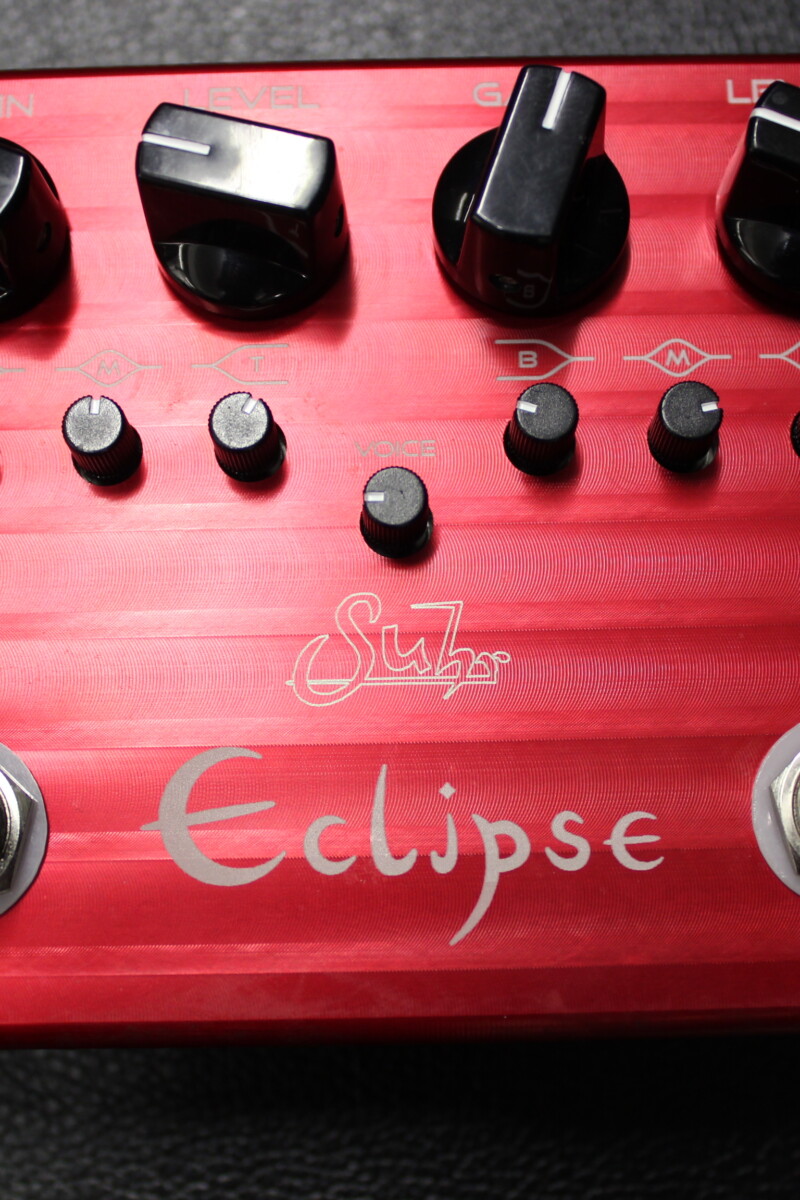 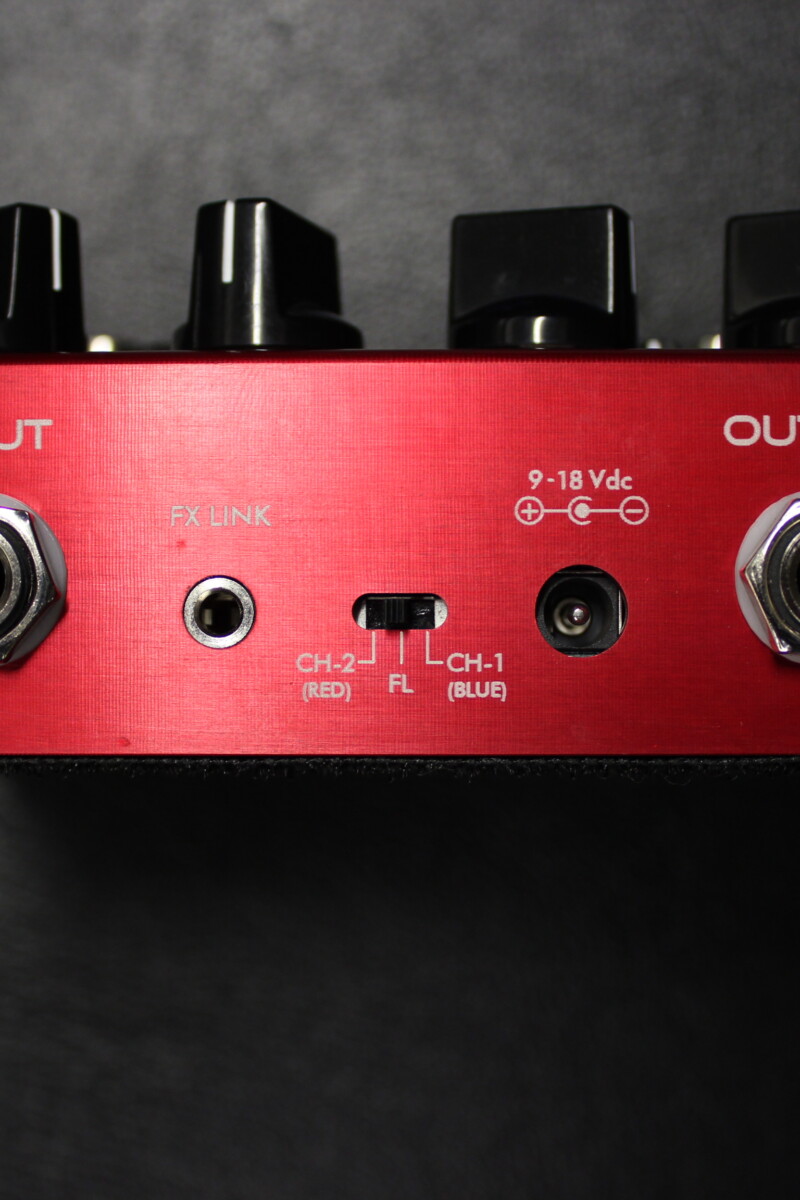 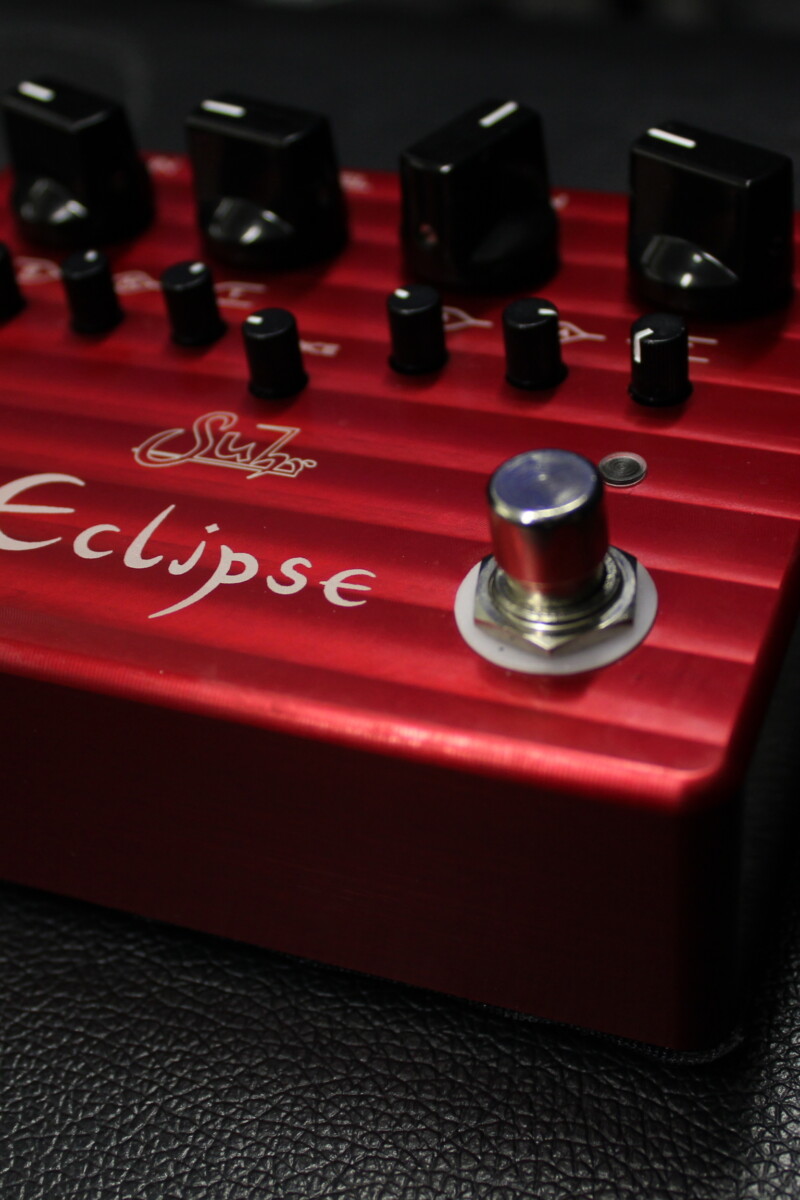 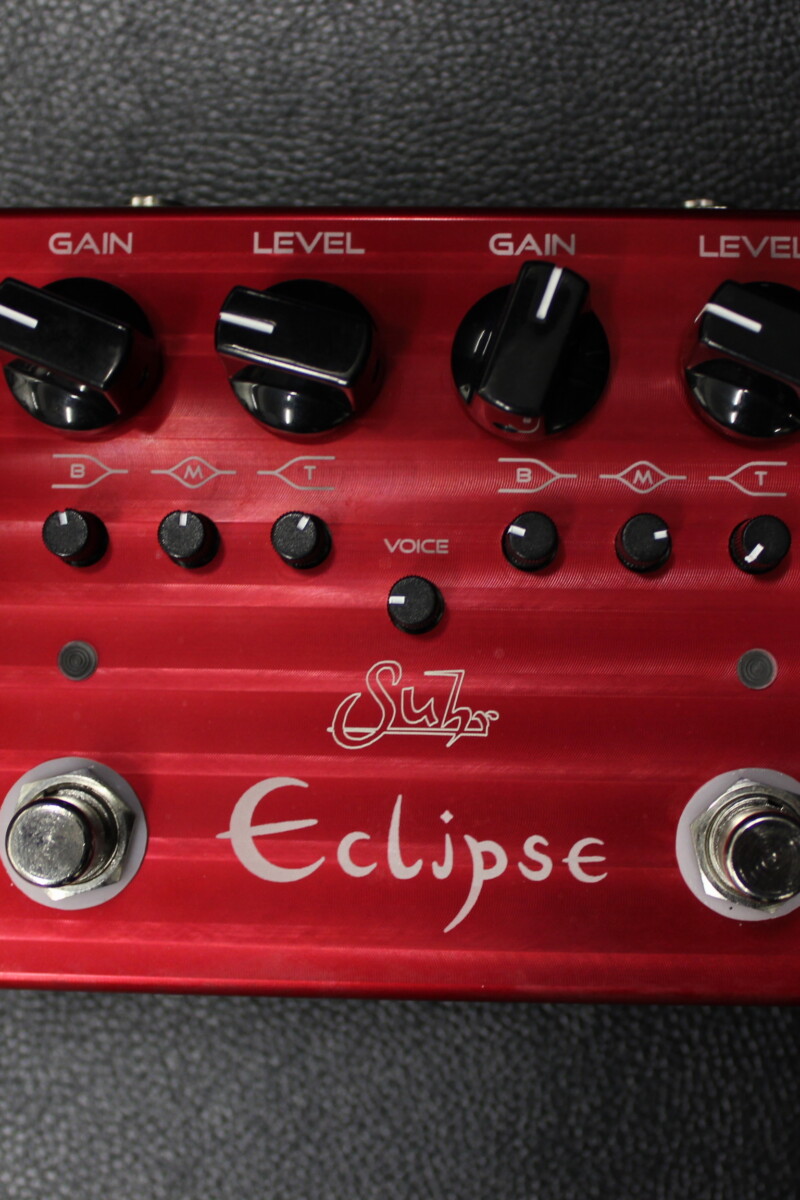 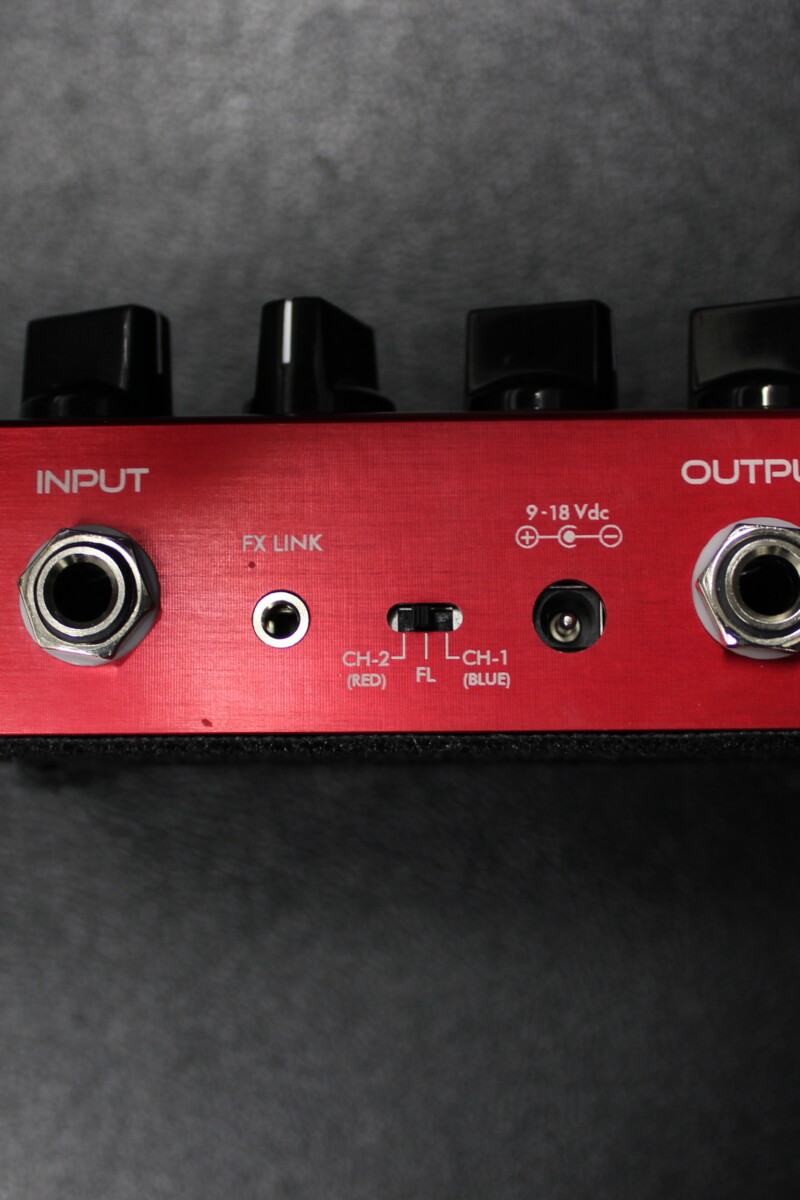