The NS outline is more familiar in its solid body form but I love what Stuart Spector has done here.

Pros:
Oozes with character
Beautifully made
Aguilar and Fishman electronics and pickups

Scary fretless!
USA Boutique price ticket may be out of reach for some

So you're looking for the ultimate fretless bass? Stuart Spector has been making world class basses since the 1970s, so he should have it all worked out by now. Dan Veall checks out a stunning option.

I’m not an expert when it comes to playing fretless bass, but I certainly know a good one when I play it - so it fills me with a certain amount of interest and excitement when the promise of a Spector NS-2 inspired fretless comes my way!

The NS outline is more familiar in its solid body form but I love what Stuart Spector has done here. He's taken his classic shape and managed to take aspects akin to an acoustic instrument such as cello or double bass and has melded them in to this shorter scale electric instrument. It feels different yet familiar, not being afraid to be a bit different. In short, it looks stunning.

The body is shaped, carved with a wonderfully rounded top - but with a difference. Over a sumptuous chambered alder body which itself is wonderfully resonant, is a solid piece of reclaimed redwood, carved especially as the top of this model.

The neck, meanwhile, is a bolt-on type of a three piece construction, made of maple. The fabulous fretless fingerboard is made from pau ferro – oh, and did I mention there's a fretted version too that has 22 frets?

Unusually for this day and age (it was a big selling point back in the 1970s) the CTB has a brass nut and at the other end is a two piece bridge manufactured from ebony and rosewood. The bridge assembly is tall like one from an acoustic bass. It stands proud and when you view the neck to body connection, it’s angled so that the fretboard is not straight inline (or near to) like you’d find in say a P bass, but tilted back - the strings are higher away from the body coming up toward the bridge.

While this may seem unusual for the ‘electric only’ player, I actually found it very comfortable - especially as I had the rather superb Aguilar pickup to rest my thumb on! The specifications that were sent to me referred to this pickup as a DCB, but I feel that looking at the Aguilar website it’s a Super Single, so I apologise if I’d said DCB in the video. (The DCB is a Dual Ceramic Bar construction, whereas this appears to have one single set of poles.)

The Aguilar pickup is hooked up to an Aguilar OBP-3 pre-amplifier and I have to say the combination sounds great. But it doesn't end there because this bass also features a piezo system from Fishman and has the added ability to mix both magnetic and piezo pickups together for a wide range of tones.

What is an usual twist is that this bass has just a 30 3/8” inch scale, yet the bass doesn't feel overtly short to me, despite my usual ‘squeeze’ having a 37” scale length. I attribute this feeling of 'rightness' to the bridge being further up in to the body unlike, say a standard NS, where it sits closer to the body edge. As a consequence, the neck doesn't feel that much shorter.

Playability? Well it's all there. The 16” radius of the fretboard doesn't of course feel flat and makes for an accessible playing surface.

Coaxing those ‘mwahhhh’ fretless tones out of the bass was effortless even with my relatively amateurish technique, but it is the sort of bass that makes you want to do more. I was at the mercy of long slides and over-cooked vibrato and loved it. I don’t even care that I probably went over the top!

The CTB is a USA hand-crafted instrument which is hand signed by Stuart Spector himself. So it’s certainly aimed as a premium level instrument but if you can afford one it most certainly offers an alternative to the conventional fretless basses you have possibly been considering up until now. Of course, it is going to be too expensive for many but if Spector's idea of chambered basses appeals, it's worth noting that the company also offers a chambered version of its far less costly Core models, too, and they also feature the magnetic/piezo pickup options as well.

For the right player this is a fabulous bass edging towards a traditional instrument in many ways, yet still very accessible for a conventional bass guitar player. If that sounds like it might appeal then you owe it to yourself to check this one out. 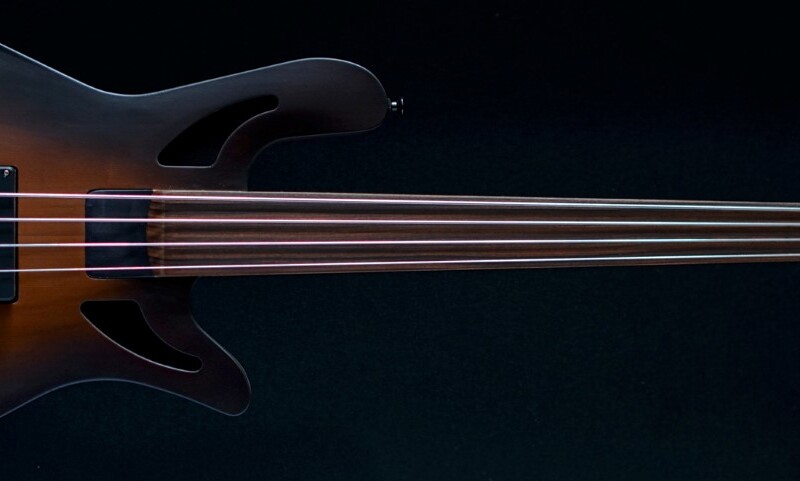