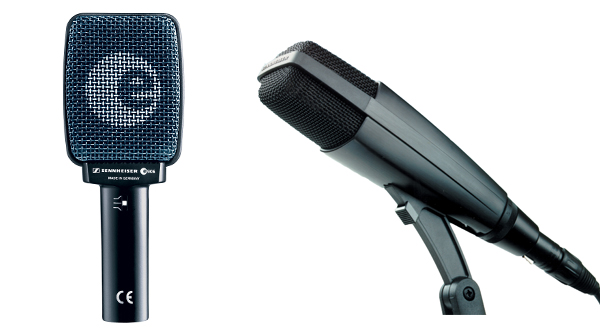 We like some microphones because they capture what things really sound like, others because they have a character that makes sources sound good. The two German-made Sennheiser dynamic mics I’m looking at here can both be considered to be “mojo” mics; they’re not particularly honest, but they do sound very good in the right place.

The Sennheiser MD421 (I have the Mk2 version) has been around for decades and is probably one of the most easily visually identifiable microphones in the world, owing to its size and “sort-of rectangular” shape. Most of us probably think of the 421 these days as being a guitar cab or snare (or tom) mic, and that’s certainly where I tend to use it, though it was originally much loved as a vocal and broadcast mic.

In use, frequency response seems to tame both the top and bottom end (there’s a treble lift from about 10 kHz but that’s higher than most fundamental frequencies you’ll point the mic at, and there’s a five-way selectable bass cut built-in) to leave the mid range clear and present without it being too “bitey”. The mic’s polar pattern is a bit loose, and the off-axis response isn’t particularly pleasing, so it needs careful placement to avoid bleed from other instruments. It always sounds to me as though the moving parts are a bit heavy and don’t react very quickly to transients, which gives a sort of natural compression effect that makes driven electric guitars and snares sound wonderfully thick and dense, and voices smooth (on the ones it suits) and can be incredibly useful for taming slightly scratchy sources like brass and strings.

Sadly, the MD421 has one major problem; the stand clip is rubbish. It was probably OK for a mic that would be mounted in a radio studio and never moved, but for anything else it’s just wrong and should have been re-designed (or made of metal) for the Mk2 series. What’s wrong with it?  It’s big, fragile, doesn’t lock very well (good for your mic-catching reflexes) and is difficult to adjust - so basically everything. Given that the mic is also physically big (and relatively expensive), you might want to be careful where you put yours if there’s a thrashing drummer about.  That said, put a 421 in the right place on the right source and you can get a big and vibey sound that I don’t think you can get from any other mic.

It’s not cheap for a dynamic, and is probably not the most versatile mic you’ll ever buy, but once you’ve figured-out how to use it (and to look after it) it’s a fantastic sounding character mic.

The much smaller Sennheiser e906 dynamic is also visually easy to spot, having a rectangular basket with almost flat sides. The mic picks-up sound from the side, and its flat shape makes it very easy to position where space is tight, like in the middle of a drum kit. The classic 906 trick is to hang it in front of a guitar cab by its lead, and even though you can’t adjust the position as much as if you use a stand it seems to work surprisingly well this way (even if every mic lead I own wants to twist the mic to one side).

I really can’t review the e906 without mentioning the classic Shure SM57 - search online and you’ll find hundreds of posts asking for comparisons. Well, I use both and to my ears they are in the same ballpark. For my money, the 906 is a bit more natural sounding; a bit fatter and a bit less shrill, and its three-way presence switch (boost, cut, flat - centred at around 4 kHz) is perfectly placed for tuning guitar sounds. I never intended it to be the case, but I probably use the e906 more often than any other mic on guitar cabs because it’s so easy to use and to get a sound with. The pickup pattern is tight, it captures transients well, the hum cancelling circuit keeps it quiet, and it’s been specifically designed to be used close and loud. It’ll record most things quite decently, but I’d buy one because it’s one of the best sounding and easiest to use guitar cab mics I’ve ever plugged-in.

If you record electric guitars with microphones you should try one! 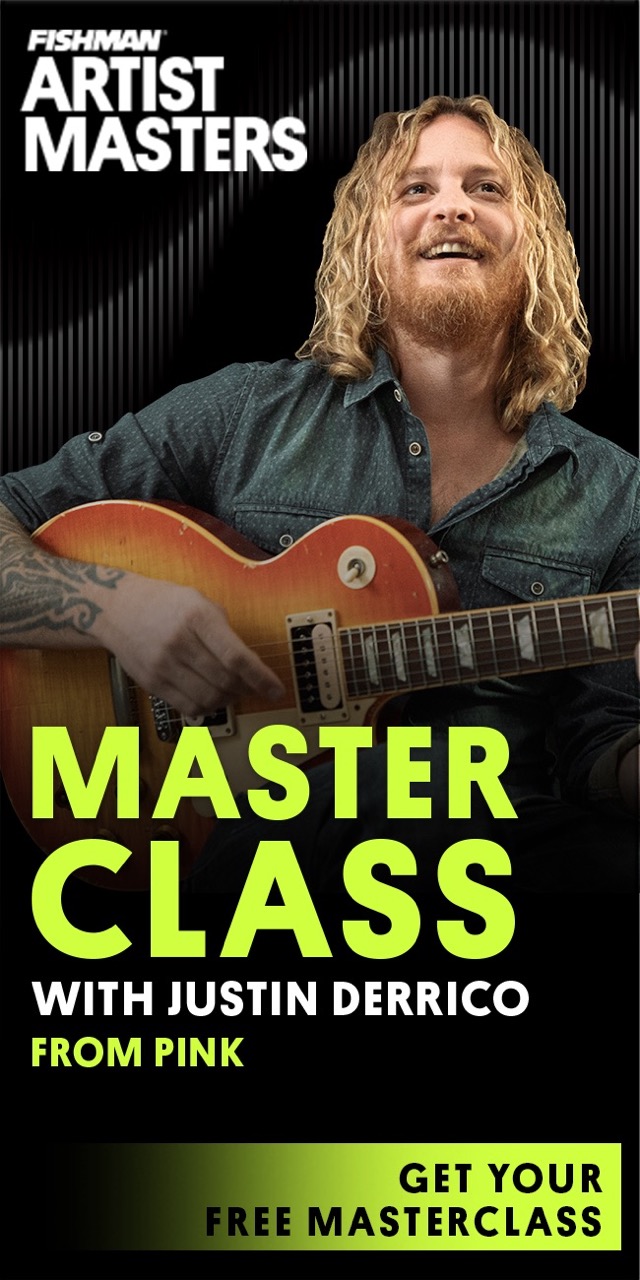