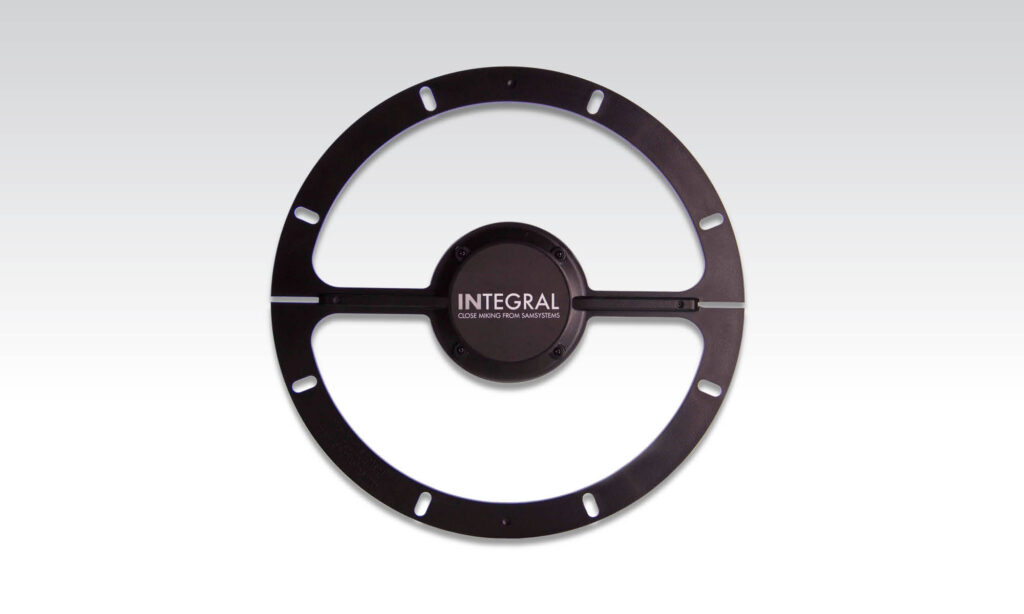 Cuts through a live mix without being harsh, or needing additional EQ.

The SAM systems IM 12 cab microphone is a highly compact super-cardioid microphone solution for your guitar cab. The lightweight yet robust design is built-to-last, allowing the microphone to be fitted directly into your cab, eliminating the need to remove the mic every time you pack away. Sounds ideal, where can I sign up? Nick Jennison tells us more.

Micing a speaker cab is an art form in itself. Even the slightest change in position can result in massive tonal changes, and that’s before we consider the effect of different microphones on your tone. While experimentation with mic positioning can produce outstanding results, it’s very easy to get wrong. Even if you know what you’re doing, mics get knocked, cables are trodden on and stands droop. It happens in the studio, and on a live stage it happens almost every night.

Enter the SamSystems Integral. It’s a dynamic mic that mounts directly in front of your speaker, behind the grille cloth. You don’t have to position it every time you use it, and it never moves out of place. What this means is consistent tone, night after night. It also saves space on crowded stages and even cuts down on spill thanks to its tight polar pattern and close proximity to your speaker cone.

Of course as cool as this is, it’s all for nought unless your new super-consistent sound is a good one, and I’m pleased to report that the Integral sounds great. It doesn’t sound like an SM57 or an e609, because it’s not supposed to - it’s a sound that’s tailored to translate well in a live environment, with the kind of eq tweaks an engineer is likely to make baked right in from the outset. It’s bright and clear with a small peak around 4khz that helps penetrate a live mix, along with a rolled-off low end that eliminates any rumble and boom.

Of course, if the tone is a little “forward” for your liking, it’s as simple as rolling out a bit of upper midrange and bumping some lows with your EQ of choice. The Integral responds very well to even fairly drastic EQ settings, so you don’t have to be shy about digging in, and it’s better for feedback prevention and noise levels to cut frequencies on a live mic, rather than boosting highs and upper mids.

All in all, the Integral from SamSystems is an ingenious solution to the problem of live mic placement. It sounds great with clean and gainy tones, projects beautifully in a live mix and responds very favourably to EQ. It’s hard to imagine why you wouldn’t want one of these in your cab! 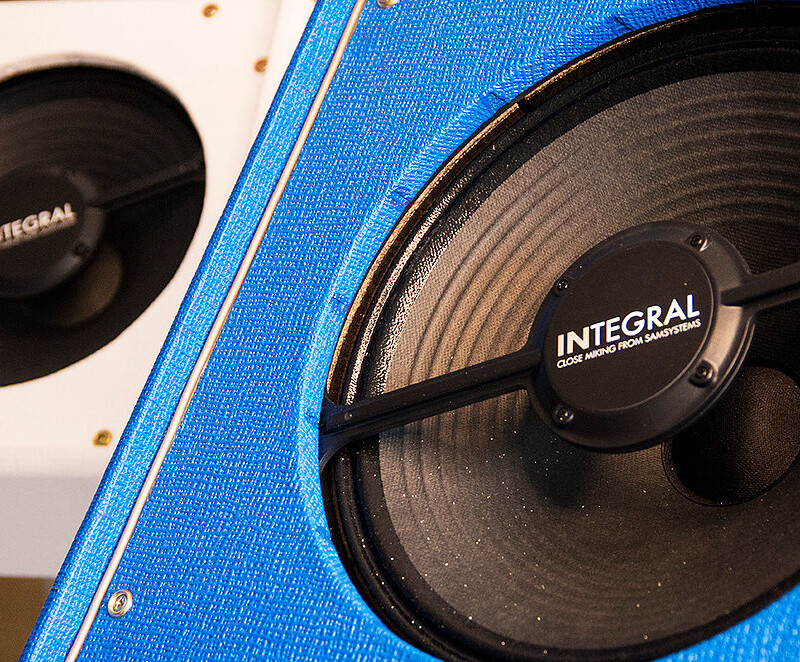 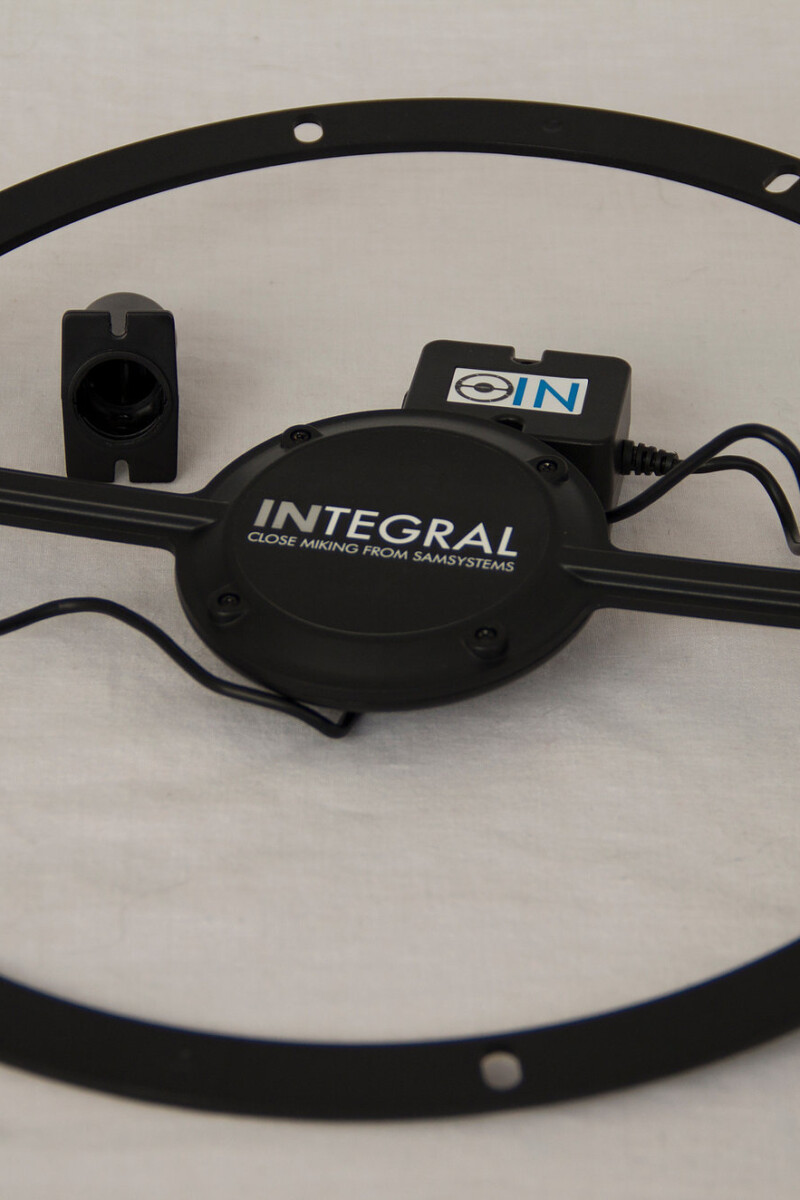 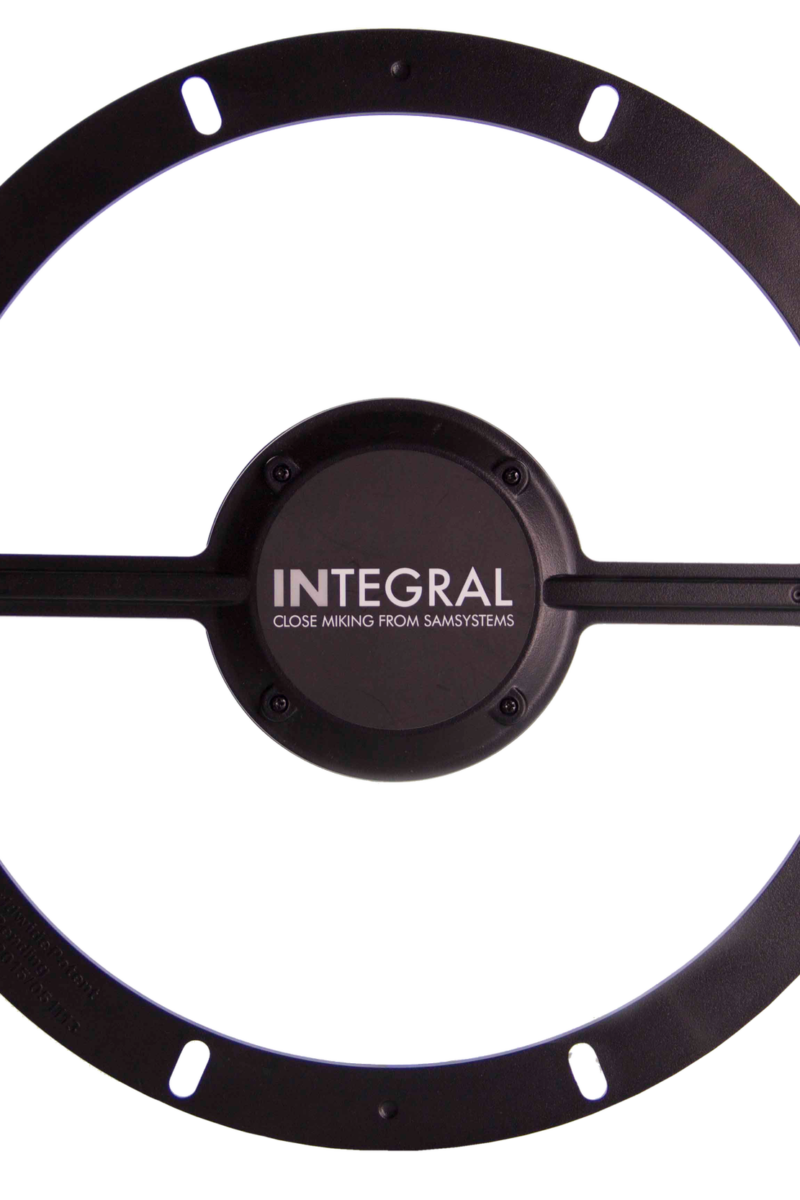 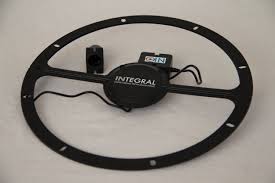