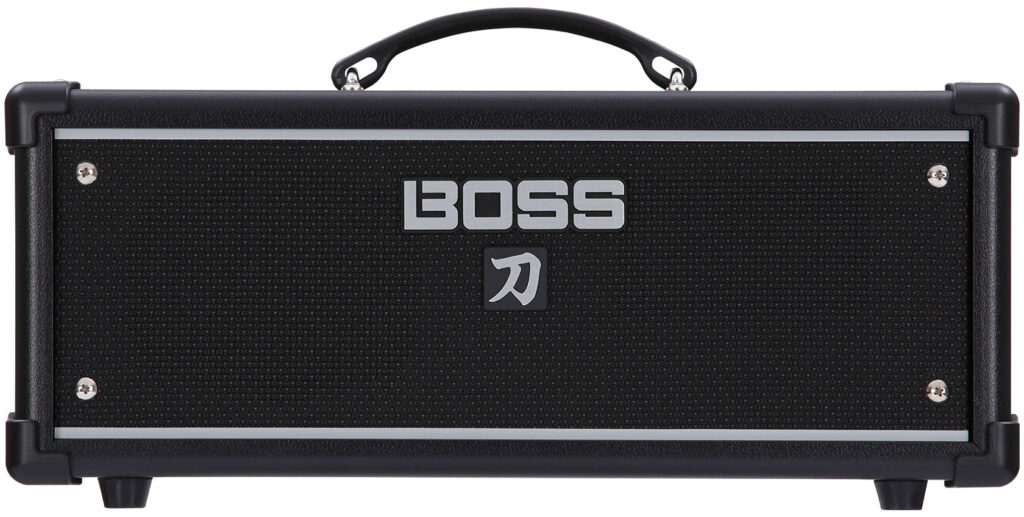 The scientific folks at Boss have put a huge amount of R&D into the technology behind the Katana amp and it shows.

Has Roland's Boss division finally managed what amp designers have been promising us since the 1960s – finally made a solid state amp that can do everything a tube amp can? Tom Quayle thinks the answer is a resounding 'yes!'

Boss made its most recent foray into the amplifier world with the release of its ‘Waza Head’, announced at Winter NAMM 2016. The amp was a huge surprise for several reasons, primarily its heady, four figure price tag for what was essentially a solid-state amp. In use, there was no doubt that the Waza Head sounded awesome, but Boss was always going to struggle to sell such a product at that price to the die-hard, tube loving guitar community. Roll on towards the end of 2016 and Boss has announced its first ever consumer priced amplifier based on the DNA of the Waza amp. Named the Katana, the range is available in various combos and a 100 Watt head – and it was the 100 head that Boss sent us to check out.

The scientific folks at Boss have put a huge amount of R&D into the technology behind the Katana amp and it shows. From the giant Waza amp all the way down to this diminutive but incredibly fully featured little head. The range takes the name Katana from the traditional Japanese sword – a symbol of honour and precision that Boss has used to describe the design aesthetic behind the range, both from a visual and tonal perspective. This is a solid state amp through and through but it is certainly not a modelling amp and has a hugely powerful 100 Watt output that is totally gig ready from the outset.

The amp features Boss’ own proprietary circuit designs that offer five discreet amp characters – Clean, Crunch, Lead, Brown and a very clever Acoustic mode that turns the Katana into a great sounding amp for acoustic guitars. There are 55 effects built in, of which 15 can be loaded into the available slots with three available at any time. There is a lot of control on offer here with Gain, Volume, Bass, Middle, Treble, Presence and Master dials that can be saved, along with your effects and amp character in one of four channel slots. This is far more flexible than a traditional amp set-up as you can save any sound in any of the available channel slots perhaps giving you four different overdrive sounds with different effects or three clean sounds plus a drive channel for example. There is also a panel setting that gives you whatever sound the dials are set to at the time. In this way, you can even set the Katana up for five channel operation.

The effects section is very easy to use. With Booster/Mod, Delay/FX and Reverb controls by default, plus three LED buttons to move between the various effects mapped to each control. Using the USB connection on the back you can load up to 15 of the 55 effects into the amp via the Tone Studio editor software. There are your basic delays, reverbs, drives and modulations plus more esoteric effects like pitch shifters, ring modulation and slicer effects with lots of presets on offer from your favourite BOSS artists. Having all of this in a small head is seriously impressive and MIDI control is also possible using a compatible footswitch.

With all of this functionality Boss has even thought to include an internal 5” speaker for tone tweaking or practice where you don’t want to plug into a louder external cab. The Katana also includes an effects loop, speaker simulated Line Out, Aux In, Headphones Out and a USB connection that doubles as an audio interface for recording to your DAW. Eight and 16 Ohm cabs are supported for huge 4x12 set-ups, or portable solutions with just the head direct into the PA.

Build quality on the Katana is very good, especially considering its price point. Boss seems to have upped its game recently both in terms of tone and build quality and the Katana sustains this trend. There is a lot of hard plastic on show but it all feels solid and well made with responsive controls that don’t flex or feel cheap. The amp is certainly attractive and minimalistic with a matt black finish and white Boss and Katana logos plus a very strong plastic handle for carrying the amp to and from sessions.

If the functionality of the Katana is impressive, it really shines when you plug into it and start playing. This is without a doubt one of the best solid state amps, if not the best at this price point, that this reviewer has ever played through. The cleans react exactly as you’d expect a good tube amp to, with chime and compression that never feels as immediate and uncomfortable as a solid state amp can. The crunch and lead sounds are so much fun to play and react to dynamics with impressive ease, leading you to question how this is possible from an amp at this price.

Moving into the Brown sound (directly inspired by the Waza amp) gives you incredible, saturated lead tones that are as good as some amps costing three or four times this price. The Master control works superbly to warm up the sound and add more compression, making the Katana feel and react like a great tube amp but with no tubes. Boss has created some magic here and have possibly created an amp that finally bridges the gap between solid state and tube amps, especially for drive tones. The effects are also superb and give this head an insane amount of flexibility at a price that is very affordable for both amateur and pro players alike.

It's probably not going to replace your boutique tube amp (although it possibly could!), but the Katana represents the kind of value for money and quality that is hard to find anywhere else on the market. The tones, effects, I/O and build quality all make the Katana an absolute steal at its current price point and if guitar players like quality products at good prices, which of course they do, then Boss should be set to sell a whole load of these amplifiers. Fantastic stuff! 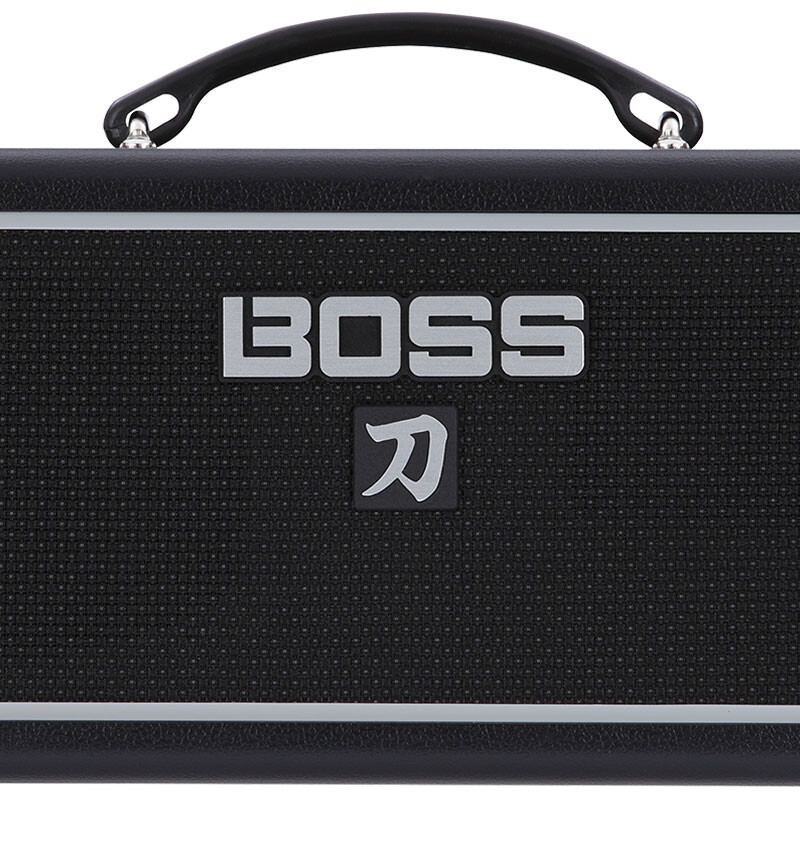