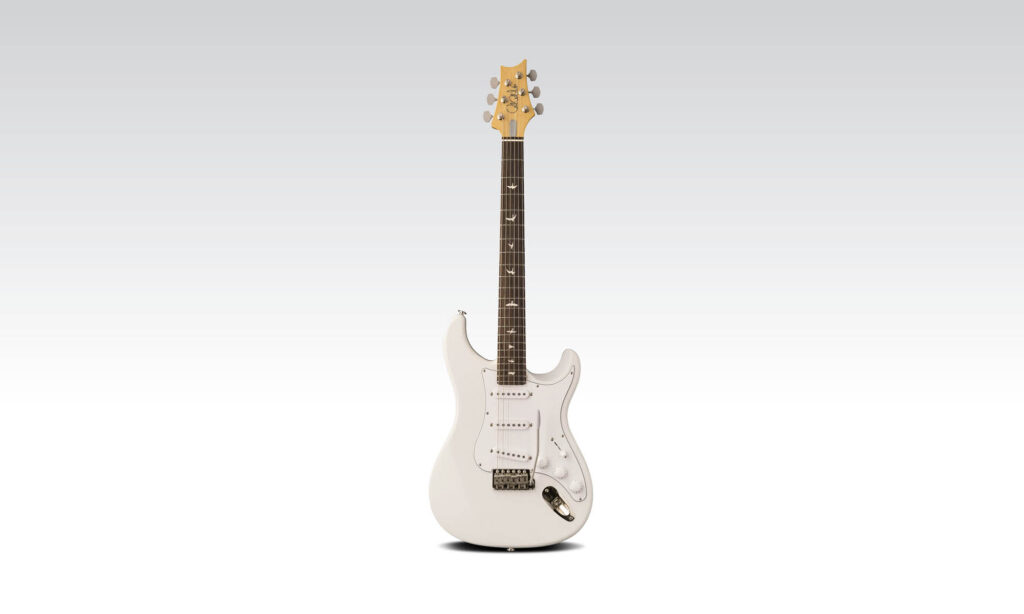 The Brazilian rosewood board on a pre-CBS Strat means you can’t take it across international borders, so touring is out of the question. Not a problem with a Silver Sky.

Price point may not be for everyone.

The result of a close collaboration between Grammy Award-winning musician John Mayer and Paul Reed Smith. The PRS Silver Sky is a vintage-inspired instrument based off of Mayer and Smith’s favourite elements from original '63 and '64 Strats. Here's Nick Jennison, who has eagerly awaited getting his hands on PRS's latest creation.

Let’s get this out of the way before we go any further, shall we? The Paul Reed Smith Silver Sky is probably the most controversial guitar of the latter has of the decade (2015 Les Paul, anyone?), and it’s largely because it’s essentially Paul’s take on a Stratocaster. Considering that the Strat is the most copied guitar design of all time, surely it was only a matter of time before one of the greatest guitar designers of all time turned his hand to making one?

There are two things wrong with this statement. First of all, it’s not a Strat copy. Yes, it’s superficially rather Strat-like, with three single coils, a maple neck bolted to an alder body, a trem, a pickguard and a jack plate on the front. But the body shape is a further away from Leo’s design than similar offerings from companies like Suhr, Tokai, LSL, Tyler, Don Grosh and many many others.

In fact, the shape is much closer to Paul’s own bolt-on design, the EG, which was first produced in 1990. Since then, PRS has produced the EG-II, the SE EG, the 305, the DC3 and the Brent Mason - all of which have been distinctly Strat-esque. Basically, PRS has been making this type of guitars for a long time, predating the now widely accepted Singlecut models by an entire decade (the Singlecut didn’t debut until 2000).

More controversy surrounds the claim that the guitar took two years to develop. You may scoff, but that’s not actually that long for an artist guitar - especially considering PRS don’t use “off the shelf” parts for the trem, pickups, tuners, nut; even the jack plate is designed from scratch, in-house!

Ok, rant over! Let’s talk about the guitar itself. The reception from people who’ve played the Silver Sky has, thus far, been overwhelmingly positive, and it’s easy to see why. It sounds and feels like a really, really good old guitar. We brought in a particularly sweet ’64 Strat to compare it to, and the Silver Sky was unbelievably close regarding tone, playability and mojo. When you consider that the Silver Sky is 10-20% of the price of its vintage counterpart, it represents something of a bargain!

Then there’s the stuff the Silver Sky does that vintage Strats won’t. The redesigned PRS trem (already one of the best trem designs in the world) and proprietary locking tuners make tuning stability a total non-issue. The Brazilian rosewood board on a pre-CBS Strat means you can’t take it across international borders, so touring is out of the question. Not a problem with a Silver Sky. Pickups are wildly inconsistent on vintage Strats, with a tendency to be microphonic at high gain or loud volumes. The Silver Sky is super consistent, as you’d expect from PRS. There are decent-sized frets, a five-way switch and a tone control on the bridge pickup as standard - all mods that will greatly reduce the value of a vintage Strat.

But how does it sound? I think the best way I can describe it is refined. The 635 pickups (“sixty-three-and-a-half”) are inspired by Strats produced between ’63 and ’64. The midrange is pretty scooped, and while the treble is ample and sparkly, there’s no spiky harshness or high mid brashness to speak of. This makes for a soft, flattering playing feel that’s seriously addictive. If anything, the lack of harshness and clang is a bit of a miss if you’re into Blackmore-esque rock tones, but for beautiful cleans and smooth leads, it’s wonderful. There’s also a little more low-end thump than you’d expect to find on a vintage Strat, but not so much that it detracts from the essential character. For the demo, I used a rather bite-y Jensen-equipped Blues Junior, but the guitar performed equally well through the warmer sounding Supro Nepture.

Concerning playability, It’s the supremely high quality you’d expect from PRS, but the vibe is very different. The neck is fairly beefy U shape, with medium height skinny frets and a 7.25” radius. This has caused some consternation, as the vintage radius is what makes many older guitars fret out on high bends. Somehow, PRS have managed to avoid this while still keeping the action fairly low - it’s not “kissing the frets” low like you’d expect to find on, say, a Vigier or a Music Man, but it’s definitely comfy. The rounder radius also contributes to the very comfortable feel when playing chords, especially with the left-hand thumb on the bass notes.

In a nutshell, the Silver Sky represents a re-imagining of an all-time classic by one of the greatest minds in the guitar industry. It offers up shockingly good vintage tones and feel, but modern production methods and PRS’s legendary attention to detail have eliminated all the problems that go along with vintage instruments...including the monstrous price tag! 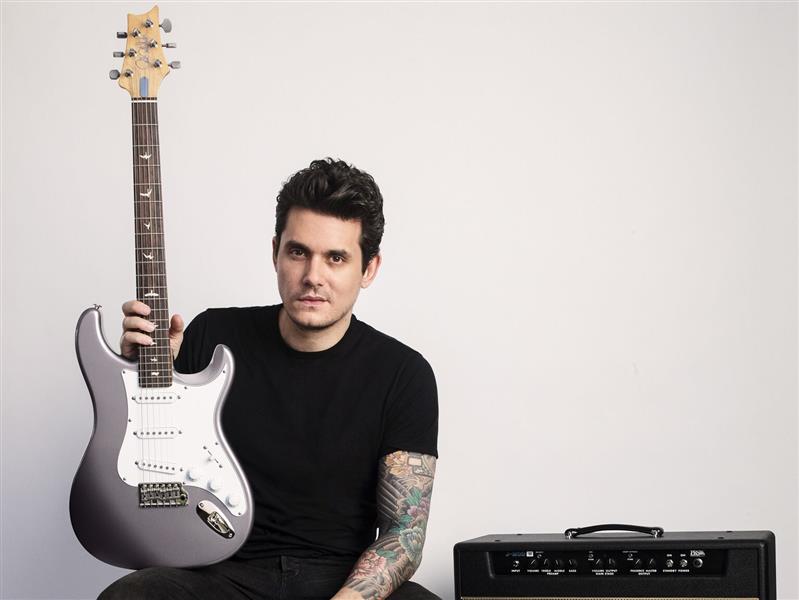 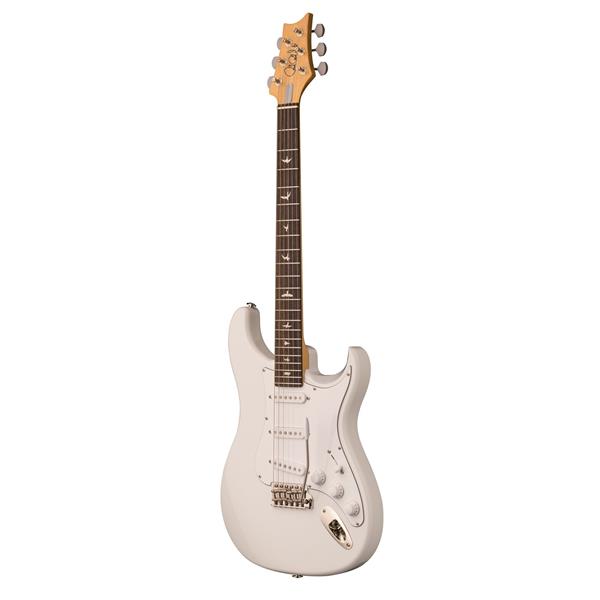 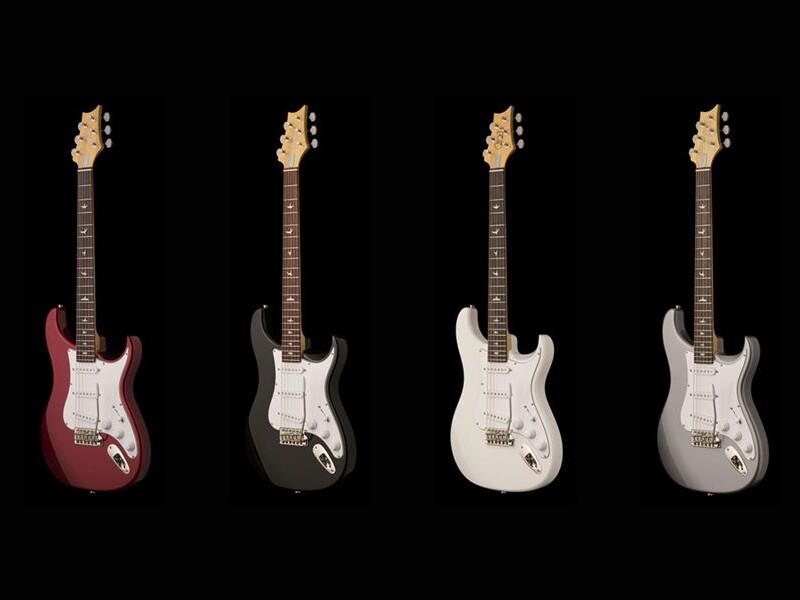 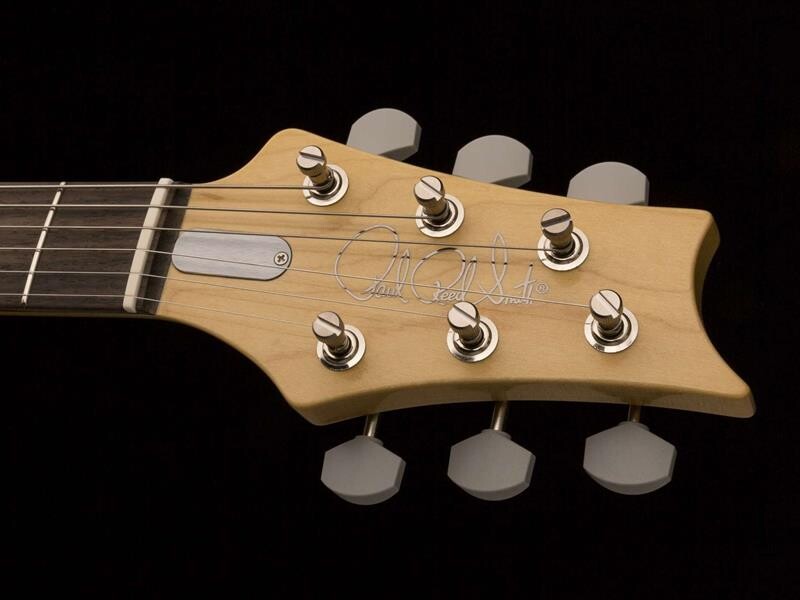