The PRS McCarty 594 is a thing of beauty – perfectly combining that search for vintage authenticity married to modern construction, tonal/playing consistency and good looks.

If your ideal guitar is a 1950s and '60s Les Paul but you can't afford a vintage one and, anyway, want something that has more modern playability and intonation, PRS's McCarty series could be the very thing. And now there's a new model in single and doublecut styles. Tom Quayle explains.

The McCarty series represents Paul Reed Smith’s take on a more vintage '50s Les Paul style guitar, but brought up to date with a double cut design and modern construction techniques, tuning stability and playability. The range is named after Ted McCarty, president of Gibson during the '50s and '60s, and a big influence on Paul’s development as a luthier and guitar designer, originally appearing in the company’s line up in the early '90s.

The McCarty 594 was introduced in the 2016 and would really appeal to the player who loves vintage single cut guitars from the '50s but wants that modern playability and intonation that can only come from modern production techniques. The name is derived from the seemingly unusual 24.594” scale length as opposed to the standard 25” that PRS guitars, including the original McCarty, have become known for. In the heyday of 50’s Gibson production, they used this 24.594 scale length and, whilst the difference is very subtle indeed, it should greatly please those who want modern build quality without trading any of the authentic vintage feel that they know and love. For 2017, the McCarty 594 is available in both single cut and double cut variants – we checked out the double cut, since it fulfils the brief of vintage-inspired but with modern effortlessness in a very interesting way.

Of course, the 594 is constructed with a mahogany body and a carved, figured maple top, matched with a mahogany neck and rosewood fretboard. For maximum authenticity, a bone nut (of the faux variety) is used and is combined with PRS Phase III Locking Tuners for excellent tuning stability but with a Kluson-like feel and sound. Interestingly, the tuners are tweaked from the standard Phase III models, with an added set screw that pulls the tuner’s gear and worm together to provide better tone transfer from the string to the guitar. The two-piece PRS bridge design is reminiscent of a Tune-o-Matic and stop tail piece, but brought right up to date for better intonation, sustain and longevity.

As with other McCarty guitars, the 594 features a thicker body depth than a standard Core line PRS, but the 594 also sports the Pattern Vintage neck profile with an asymmetric carve that is as thick as the standard Pattern neck, but with a little girth shaved off at the treble side for added comfort. It’s very subtle, but feels lovely in the hand without becoming fatiguing like some of the baseball bat LP necks of old.

PRS has included updated versions of its much loved 58/15 humbuckers in the 594 – deemed by some as one of the best recreations of the classic PAF sound on the market. The 58/15 LT pickups are based on the original 58/15’s but with a lower number of winds for a more refined output, more suited to clean, bluesy and lower gain Rock tones. Even with the lower wind count, they retain that classic PAF midrange growl and both pickups can be independently coil-split for nicely authentic single coil sounds. The 3-way switch is mounted on the upper bout for authenticity and familiarity, whilst the control layout returns from the asymmetrical four-knob layout of a standard PRS, to a more classic ‘in-line’ configuration, that allows the player to roll the volume and tone of both pickups up or down together, just like a Les Paul.

Build quality is incredible, as it should be at this price point, of course. The fretwork is simply as good as it gets and every element of the guitar feels solid and lovingly constructed with a genuine sense of premium workmanship throughout. The 594 is also wonderfully comfortable to play thanks to the contoured top, excellent neck profile and vintage inspired fretboard radius. Unlike a vintage guitar however, intonation and tuning stability are excellent across the entire guitar. Chords and double stops sound lush even above the 12th fret and the locking tuners keep even the wildest of bluesy bends in check with no tuning issues whatsoever.

Tonally this is an equally impressive and premium sounding guitar, with incredible resonance and sustain both acoustically and plugged in. The lower wound 58/15 LT humbuckers have a lovely clarity and detailed nature to them that works beautifully for sparkly cleans or thick Jazz tones. Roll on some dirt and you get classic '50s and '60s Blues and Rock tones that should feel instantly familiar and comforting to anyone who loves a vintage single cut sound! The tone is always warm and inviting without ever becoming too dark or muddy and combining the three-way switch with the independent coil taps and tone controls gives an array of tones that make the 594 way more versatile than any vintage single cut could ever manage.

The PRS McCarty 594 is a thing of beauty – perfectly combining that search for vintage authenticity married to modern construction, tonal/playing consistency and good looks. There are a range of finishes available that should cater to most tastes and, whilst the price is very high, it’s pretty easy to justify the cost given the quality on offer here. Highly recommended - if it’s within your budget. 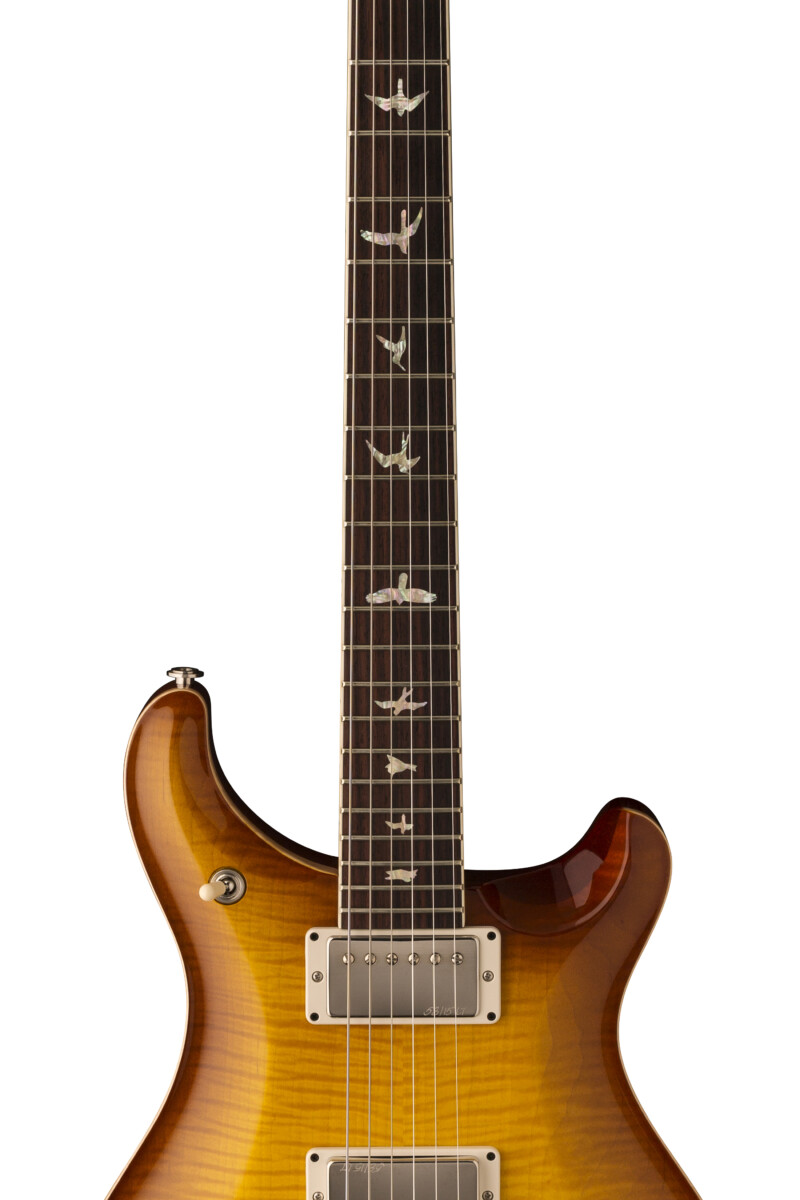 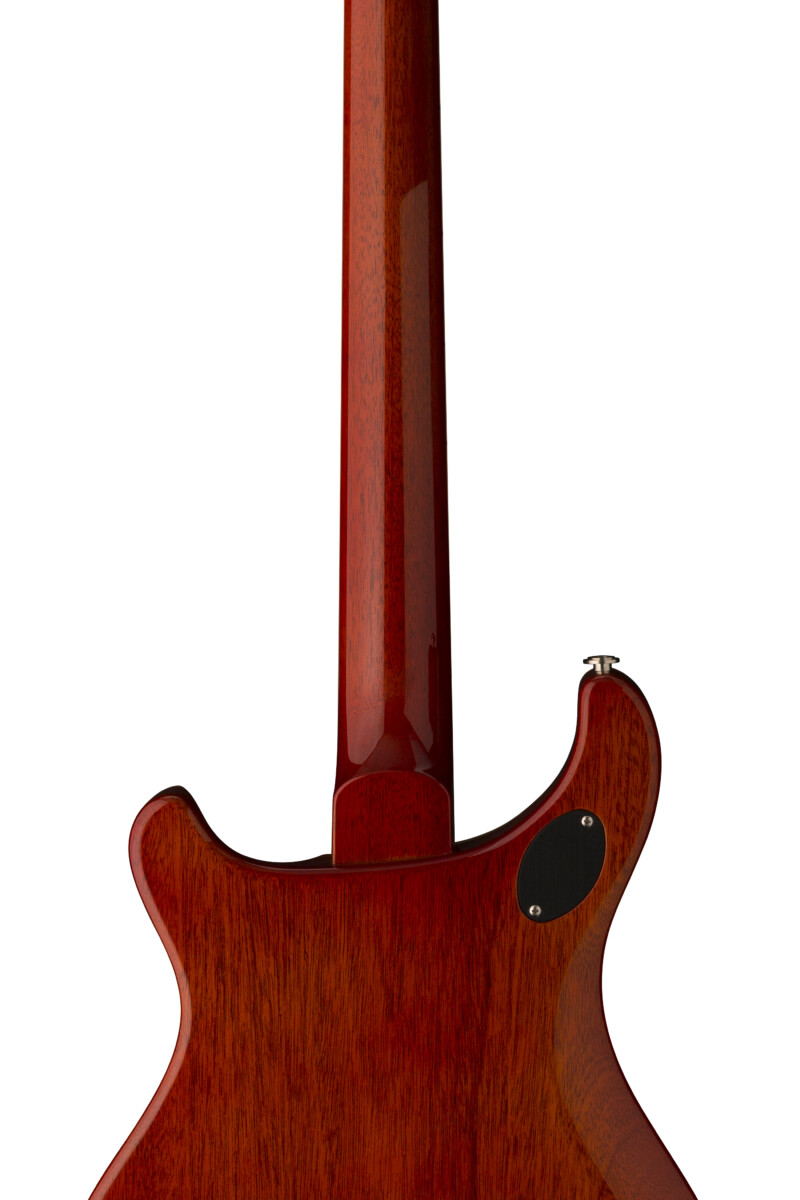