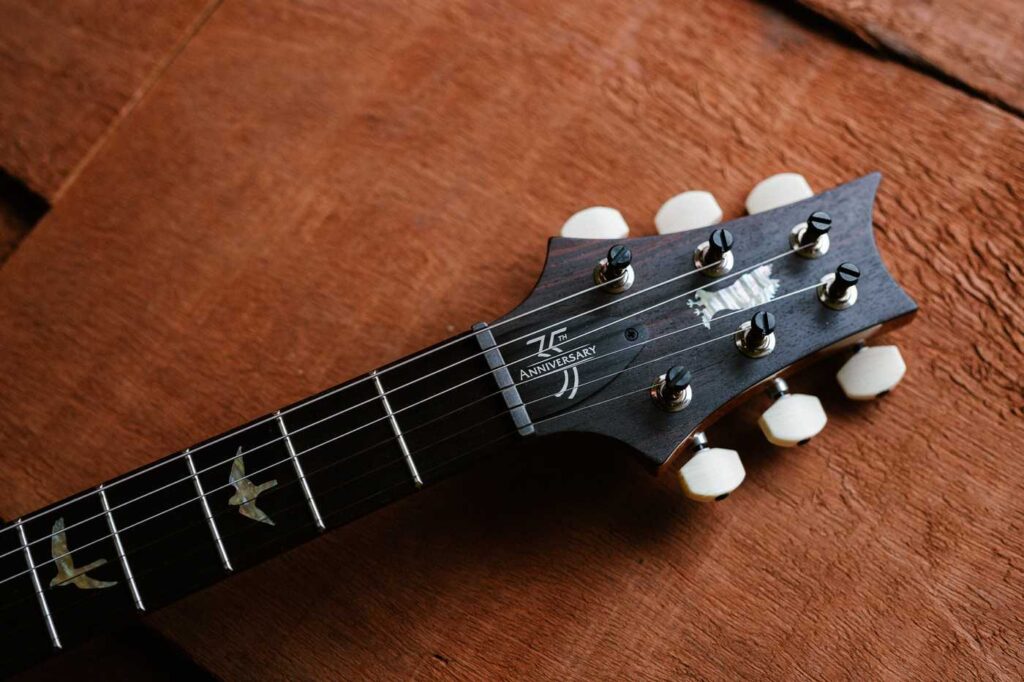 Loads of guitar for the money.

While PRS deservedly occupy a seat at the table as one of the "big three" American guitar manufacturers, there's one crucial difference between them and their contemporaries: PRS's best guitars weren't being made in their first decade - they're being made right now. So while many would be tempted to look to the past on their 35th anniversary, PRS is using this opportunity to celebrate innovation.

The 35th Anniversary SE Custom 24 pays homage to the guitar that launched PRS into the stratosphere, but with an updated feature set that reflects the best aspects of the Core and Private Stock lines.

The most obvious upgrade is the exceptional TCI-S pickups. Based on the TCI (Tuned Capacitance and Inductance) pickups found on Paul's Guitar, PRS have taken inspiration from the discreet EQ circuits found on classic British mixing consoles to "tune" the treble, middle and bass response of these pickups. The result is a fat, vibrant and throaty humbucking voice that's reminiscent of a great P90, along one of the most convincing split-coil sounds I've ever come across.

Interestingly, PRS have opted to use a traditional 3-way toggle along with a pair of mini toggles for coil splitting each pickup, rather than the blade switch and push-pull combo that has been the norm of late. While the new setup might seem a bit cumbersome, it's actually much easier to use in practice. Flipping the short-shafted mini toggles is a lot quicker than grabbing a pot and pulling. This setup also allows for much greater flexibility. There are four different middle position blends available, and it's also possible to configure the guitar as a H/S - switching from neck single coil cleans to fat bridge humbucker tones with a single movement (or vice versa with a split bridge and a humbucking neck).

Of course, a guitar is more than it's pickups, and the SE Custom 24 35th delivers on aesthetics and playability too. The flame maple veneer is resplendent in Black Gold Burst, and the old school abalone birds are a nice nod to the past. The Wide Thin maple neck is noticeably chunkier than Wide Thin necks of yesteryear, but still super fast and comfortable for fast fretwork.

The SE Custom 24 35th Anniversary is probably the best sounding SE Custom 24 ever made, and it plays just as well. If you (like so many) are torn between an SE or a used Core model, this guitar will answer that question for you. Move fast though - PRS is only making 3500 of them…